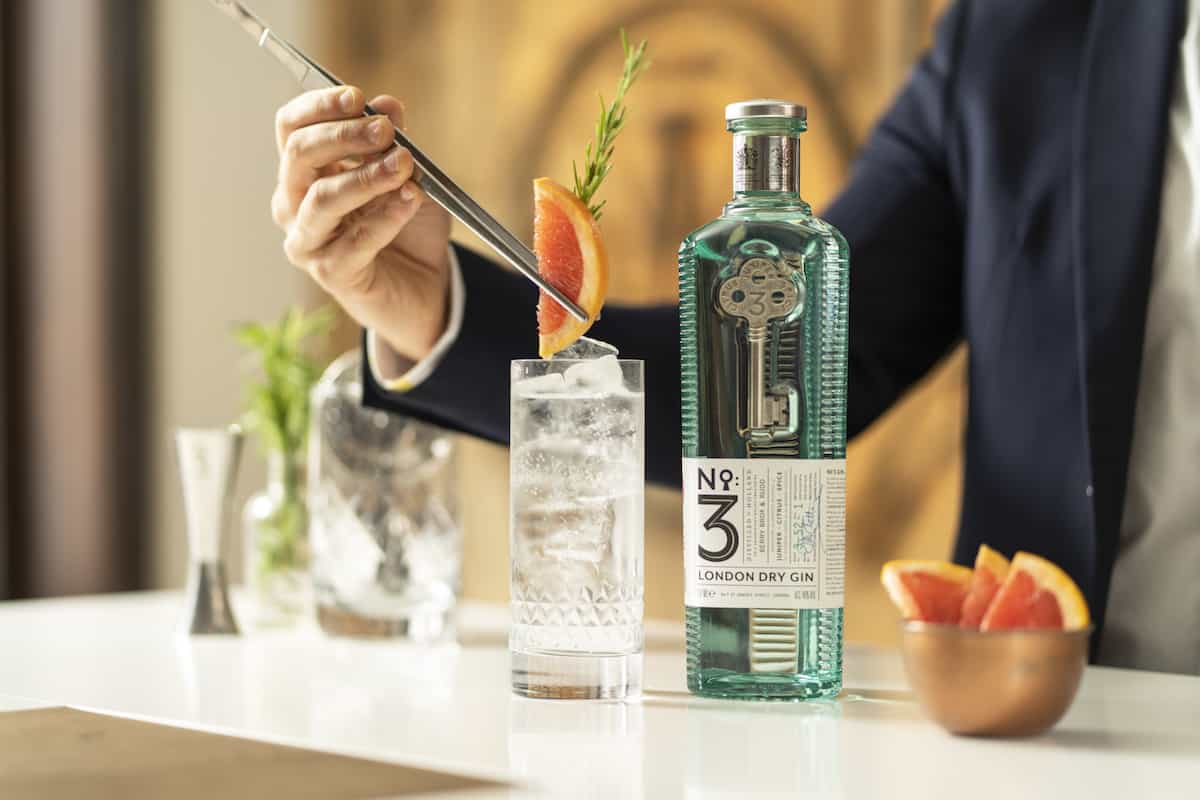 Recently voted the ‘World’s Best Gin’, for a fourth time, No.3 London Dry Gin has seen a creative overhaul with the launch of a new bottle design. Moreover, the distillers behind the gin created for Berry Bros. & Rudd (London’s oldest wine and spirits merchant, established in 1698) have also introduced a new campaign: ‘The Art of Perfection’. Working with a scientific photographer, No.3 has created a unique series of striking imagery through a process that explores the gin in microscopic detail and transforms the crystal clear liquid into a dramatic landscape of colour.

Ensnared within a hexagaonal turquoise bottle designed to reflect each of the six botanicals used in distillation, embellished with a key, the gin was originally launched in 2010. A benchmark London Dry style, the gin takes it name from Berry Bros. & Rudd’s address (3 St James’s Street), produced by one of Holland’s oldest distilleries. Distilled to Berry Bros. & Rudd’s precise recipe specifications, the neutral grain spirit is infused overnight with juniper berries, orange peel, grapefruit peel, angelica root, coriander seed, and cardamom, then distilled in traditional copper pot stills before being diluted to 46 per cent ABV. Specifically designed for cocktails, No. 3 is an ideal sipping gin, as well as a perfect martini base.

On the nose, No. 3 Gin is rampant with piney juniper and a whisper of grapefruit rind. Juniper is the most dominant botanical on the palate – unsurprisingly given the style – yet is supported by the other ingredients, ultimately vaunting a complex, well-balanced flavour profile. Sweet Spanish orange rind brings plenty of freshness alongside additional brightness from the grapefruit, expertly married with the spices. Warming coriander seed is amplified by the cardamom, while the angelica lends a glorious earthy note, which lingers on the long, smooth finish. An exemplary London Dry style in the often confusing, oversaturated gin market.