I am, as my friends will tell you, often with a heavy sigh, and as my Twitter profile attests, a gin enthusiast. I like all sorts of gin, from London dry, to Plymouth, to oude and jonge jenever. My most recent discovery has been a thriving distilling culture in Ireland, both North and South, and […]

by Eliot Wilson
in Bars, Food and Drink 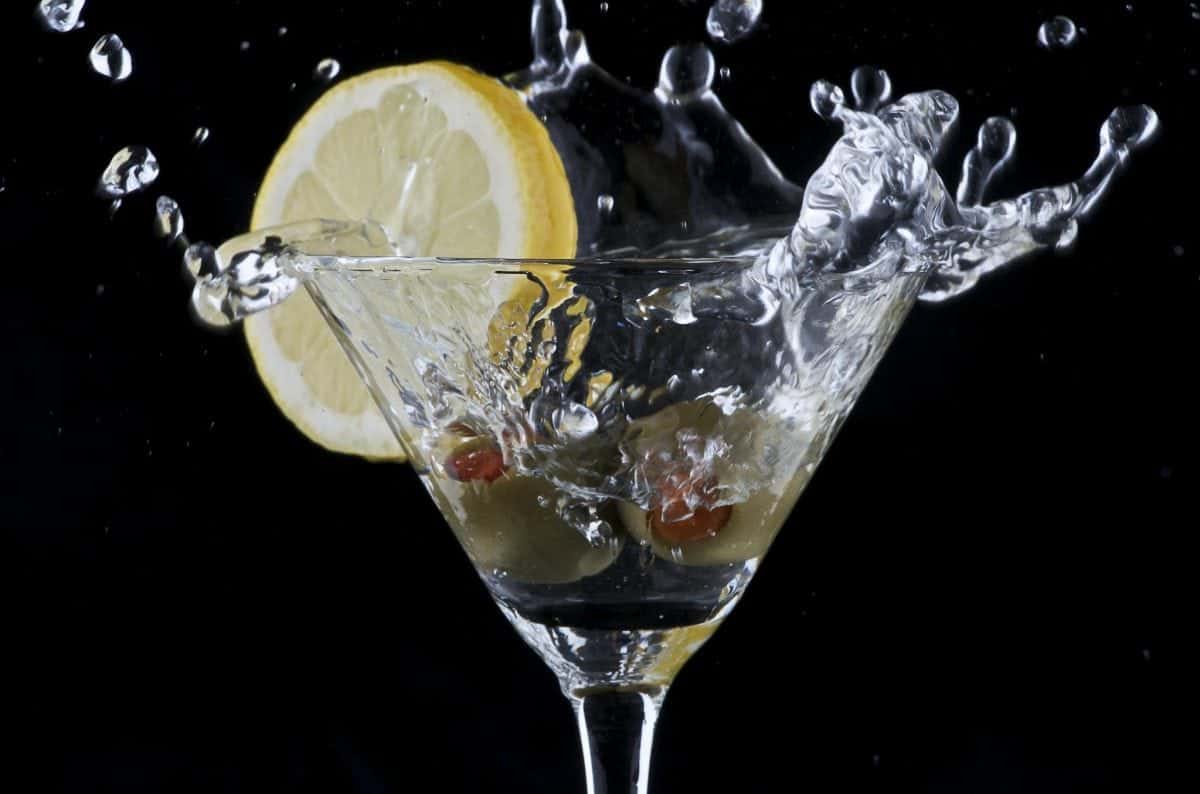 I am, as my friends will tell you, often with a heavy sigh, and as my Twitter profile attests, a gin enthusiast. I like all sorts of gin, from London dry, to Plymouth, to oude and jonge jenever. My most recent discovery has been a thriving distilling culture in Ireland, both North and South, and their gins will keep me entertained for some time to come. (One distillery is also trying to repopularise poitín, with interesting results. I also like gin in all sorts of different drinks: a long, cool G&T (heavy on the G) is a wonderful drink on a hot day; a potent negroni is a fine thing; and I am also very fond of a white lady, which I think was the favoured drink of the late Ian Gow MP, a splendid man in so many ways. My favourite, my absolute favourite, however, is a martini.

Like many people, I am particular about how my martinis are made. I like them cold and very dry. Also, I suspect, like many people, I have had at least my fair share of bad martinis, from the warm to the weak to the over-elaborate. As a matter of preference I will opt for a twist rather than an olive, as I find the olive makes the whole drink taste of, well, olive, a flavour for which I do not care. The most skilled barkeeps can make the lemon spray its essential oils across the surface of the drink before serving; I am more likely to spray myself in the face. The third garnish option, to which I am sometimes partial, is a cocktail onion, though strictly speaking this turns a martini into a Gibson, and was popular with Franklin D. Roosevelt. There is something deliciously wrong-but-right about crunching into a gin-steeped silverskin onion.

It would be well beyond my scope and endurance to tell you all the places you can get an excellent martini, at least in one go, so for the moment I shall content myself with two recommendations. The first is almost a cliché. Dukes Hotel in St James’s is world-famous. The New York Times once wrote that it served perhaps the world’s best martini. Equally legendary, though I have never tested it for financial reasons as much as for reasons of stamina, is their strict two-martini policy; beyond that the punter will not go. It was a frequent haunt of Ian Fleming, whom I can’t quite imagine adhering to such an inhibiting rule, but it adds to the mystique of the place.

The head barman at Dukes, Alessandro Palazzi, is as legendary as the establishment himself. He is a very genial and learned man, and, importantly, is as particular about martinis as I am. The ingredients seems simple enough. First, a very cold glass. No ice will be involved in the production of this fine cocktail. Into the glass goes a whisper, but no more than that, of dry Italian vermouth. If I recall correctly, Dukes brands its own. But the vermouth is just a foundation, a warm-up act, if you will, for the main event. The punch of this great martini is ice-cold gin from the Sacred distillery in Highgate (I could write much, much more about this excellent microdistillery, run by the great Ian Hart and his splendid wife Hilary). Alessandro free-pours, of course, but I would think you get something approaching three standard shots of gin. The final flourish is a lemon twist, using lemons from the Amalfi coast in Italy. (I did say Alessandro  was particular.) He certainly can achieve the twisting motion which releases the oils, and the smell is delicious. Sit back, sip, and enjoy. Unless you are a diehard hater of gin, this will be one of the best cocktails you have ever had.

My second recommendation may surprise some snootier connoisseurs. On Carey Street, behind the Royal Courts of Justice, nestles The Seven Stars, a pub which traces its roots back to the 17th century. It is a rather higgledy-piggledy place, narrow and slightly crooked, ruled with the proverbial rod of iron by its inimitable and irrepressible landlady, Roxy Beaujolais. Its clientele is mixed; beer-lovers can certainly be found in droves, and the pub does a roaring trade in Adnams brews. There is also a good wine list, which is often enjoyed by lawyers (and judges) weary from their exertions across the road. (I once saw a pair of legal eagles decline a post-prandial brandy on the grounds that they had had a “2BL”. Now, I am not a lawyer. It took me a few minutes to work out that they meant a “two-bottle lunch”.) On the face of it, this is not an obvious place to enjoy a cocktail. However, a sign above the bar advertises the availability of “Roxy’s Perfect Martini”. Aptly named. As at Dukes, it is relatively straightforward. A slosh of vermouth – Noilly Prat, usually – which is then poured out of the glass, leaving only the most slender film on the inside. Then gin is produced from the freezer. The Stars uses Plymouth gin, which has a slightly softer, more earthy taste to it than London Dry. It is ever-so-slightly stronger than standard gin too, though only be a percentage point or so. A quick swirl to mix the ingredients, and then the usual choice of garnish: olive, twist or onion. As I say, I tend to go for the twist. Then sip, and you will feel that wonderful rush of warmth through the limbs which is the hallmark of a good, strong martini. The Stars does not, unlike Dukes, have a two-drink limit. I once had five Perfect Martinis, and I confess that getting home was something of a challenge. But it was a) my own fault, and b) a hell of a lot of fun in the process.

I could go on about other bars in London and much further afield (the Shelbourne Hotel in Dublin does a very good martini and also serves oysters). Perhaps another day. I can, however, promise you that if you take either (or both) of my suggestions above, you should have a great time. Dukes will cost you more but you are more likely to get a seat. The Seven Stars is enormous fun, and you might catch the incidental cabaret of Roxy being toweringly rude to a punter against whom she has taken. Or, if you want a via media, a Blairite Third Way, order a bottle of Sacred gin for yourself, stick it in the freezer, and relax at home. Call it the eremitical option. Just don’t all rush to either place – I don’t want them to be too busy.