By Jonathan Hatchman, Food Editor, TLE_Food With plenty of exciting restaurant openings constantly taking place across the Capital, here’s our pick of the best new restaurants arriving in London over the coming month. Bao – Fitzrovia One of last year’s hottest new openings, Soho’s Bao still demands queues around the block during peak lunch and dinner hours. Having began life […] 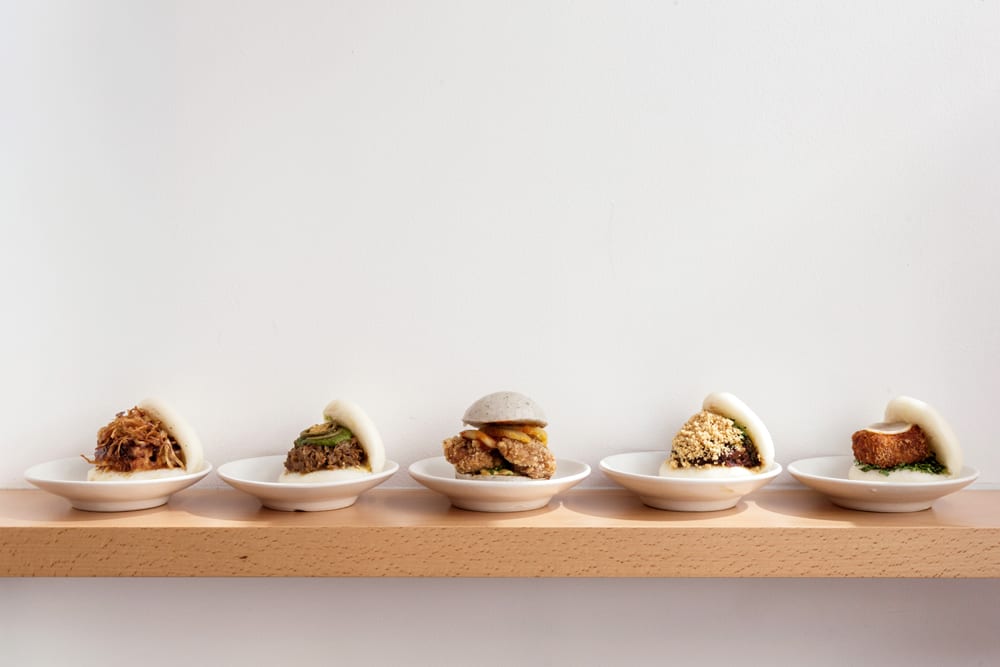 Bao Fitzrovia is set to open in July and can be found at 31 Windmill Street, London, W1T 2JN. 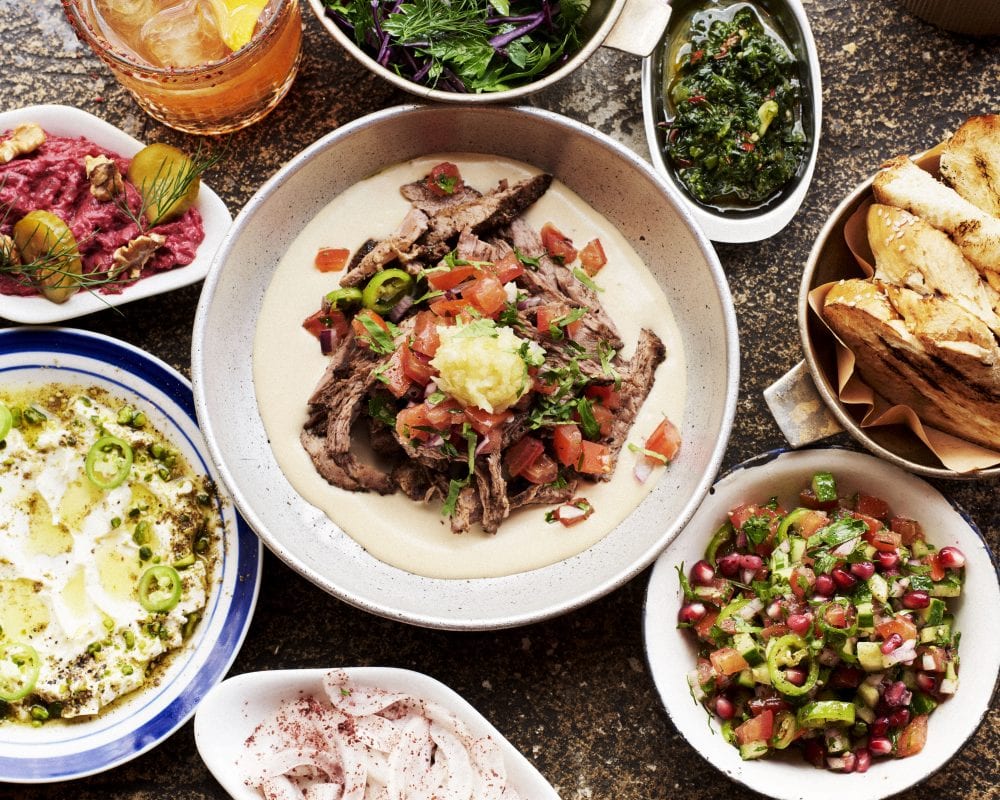 Fresh from the success of Berber & Q Grill House in Haggerston, founders Josh Katz and Mattia Bianchi are set to open their second restaurant this month – Berber & Q Shawarma Bar – in Exmouth Market. Set to specialise in shawarma (a way of spit roasting meat, with Levantine origins), the team’s food offering is set to be a far-cry from the doner kebab, which manages to give shawarma a bad name, all too often. Instead, there will be a focus on high quality produce, with lamb shawarma leading the brand new menu alongside Middle Eastern-style rotisserie chicken. Each of these will be available accompanied by mejaderah (a Middle Eastern rice and lentils dish), while homage to Berber & Q’s famous cauliflower shawarma will also be available, served with golden sultanas, rose and pine nuts. For dessert, on the other hand, guests can expect the likes of ice cream pita sandwiches with tahini soft-serve and caramelised banana.

Berber & Q Shawarma Bar is set to open in July and can be found at 46 Exmouth Market, London, EC1R 4QE 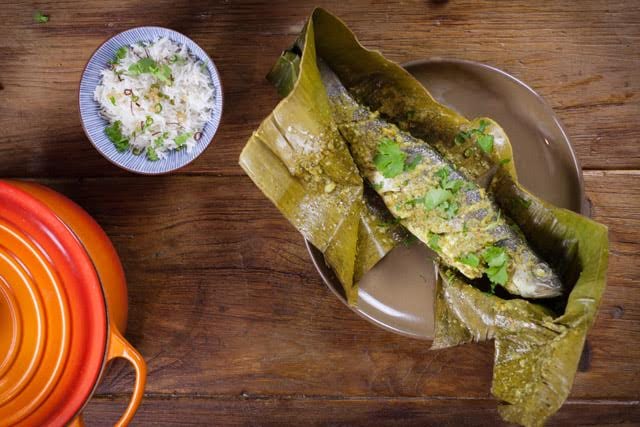 Set up as a celebration of her city, and of memories growing up in a household obsessed with food – Bengali chef Shrimoyee Chakraborty will open her first permanent site this month, following a string of successful pop-ups. Massively inspired by Bengali home dining, the Fitzrovia space will offer diners the chance to visit the ground-floor ‘no reservations’ space, which focuses on smaller tables and casual gatherings around the kitchen island bar, or within the unique downstairs dining room, which is available for both bookings and walk-ins. Downstairs, each evening at either 7pm or 9:30pm, up to 20 diners can be accommodated and seated around two communal tables to eat, drink, socialise, and indulge in a menu of shared dishes, with endless breads, rice, chutneys and pickles. As for the food on offer at Calcutta Street, the menu revolves around the chef’s family dishes that have been passed down through the generations, which are made here with focus on seasonal British produce. From the a la carte menu, expect the likes of Doi Phuchka (crispy semolina balls with potato, black chick peas, tamarind and yogurt filling) and a Malai curry of jumbo prawns cooked in coconut and mustard sauce. A Kolkatan favourite – Pithe (pancakes made with rice flour and a coconut and jiggery filling) will be the main draw, in regards to dessert.

Calcutta Street is set to open in July and can be found at 29 Tottenham Street, London, W1T 1RU. 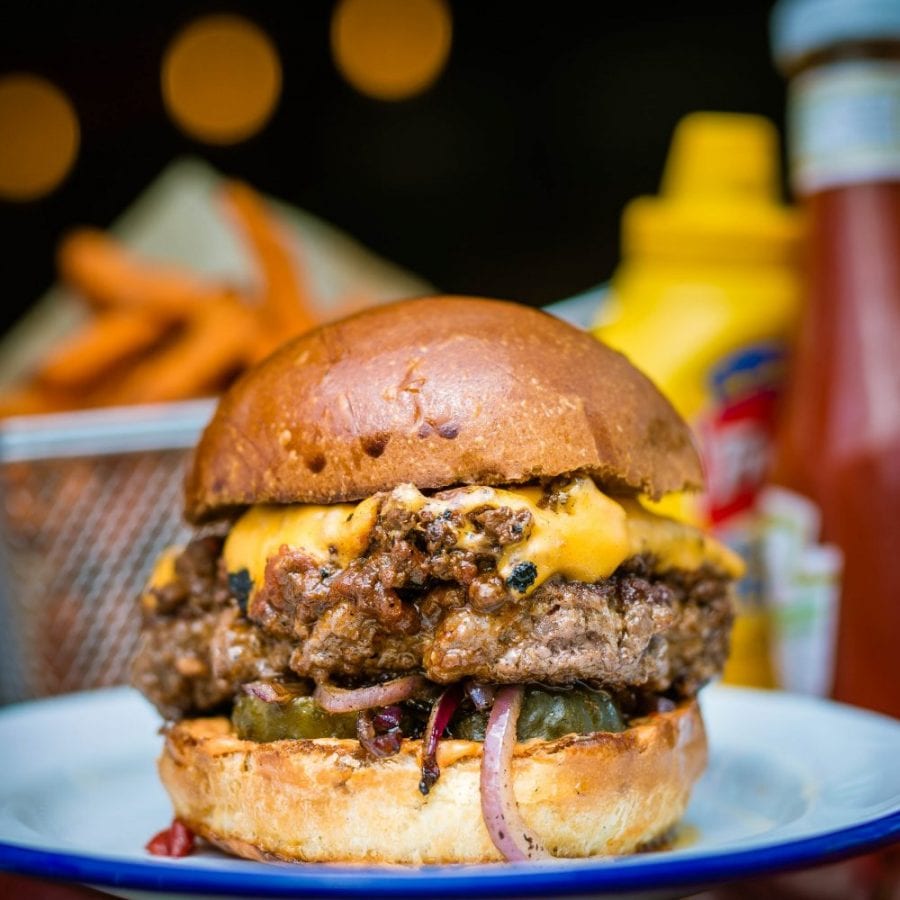 Chuck Burger is set to open on 5th July and can be found at 4 Commercial Street, London, E1 7PT. 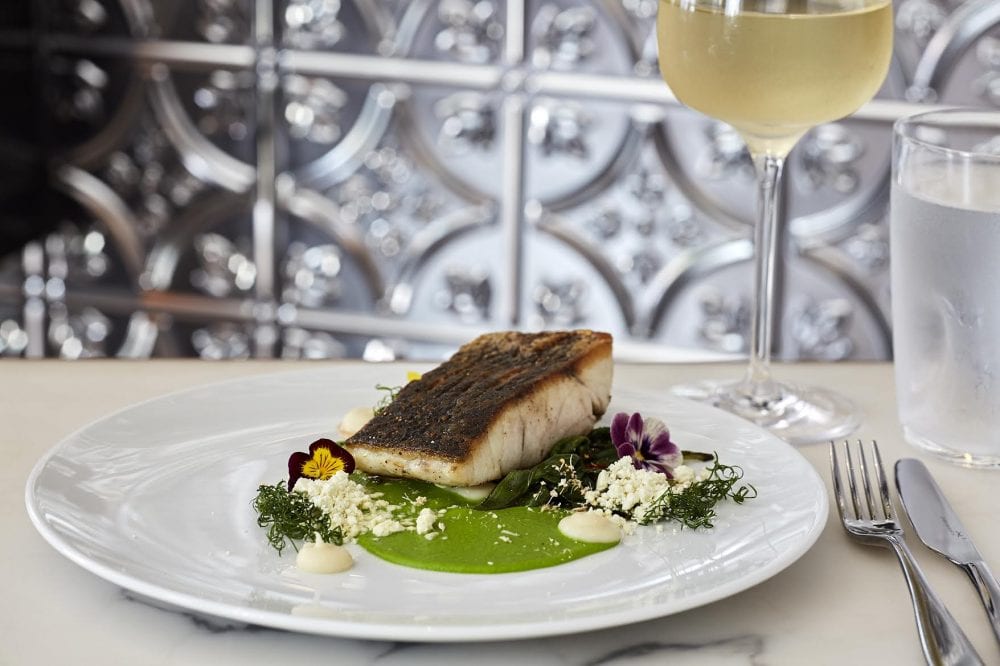 Inspired by the thousands of plants discovered, labelled and studied in nurseries throughout Britain and India, Flora Indica is set to open this month. Launching as an all-day British-Indian bar and dining venue, set to feature a host of creative British and Indian flavour combinations throughout their dishes and cocktails. As a result, the menu will feature the likes of 63-degree duck egg with smoked mayo, crisp nest and kaljoni seeds, as well as smoked venison, burnt onion salt, fennel, beetroot textures and masala spiced potato. Beetroot doughnuts will be on hand for dessert, while the drinks offering will be spearheaded by a collection of botanical cocktails, with a strong focus on gin. What’s more, a dedicated Punch & Gin bar will be on hand, as well as a vast offering of single malt whiskies and craft beer.

Flora Indica is set to open on 15th July and can be found at 242 Old Brompton Road, London, SW5 0DE. 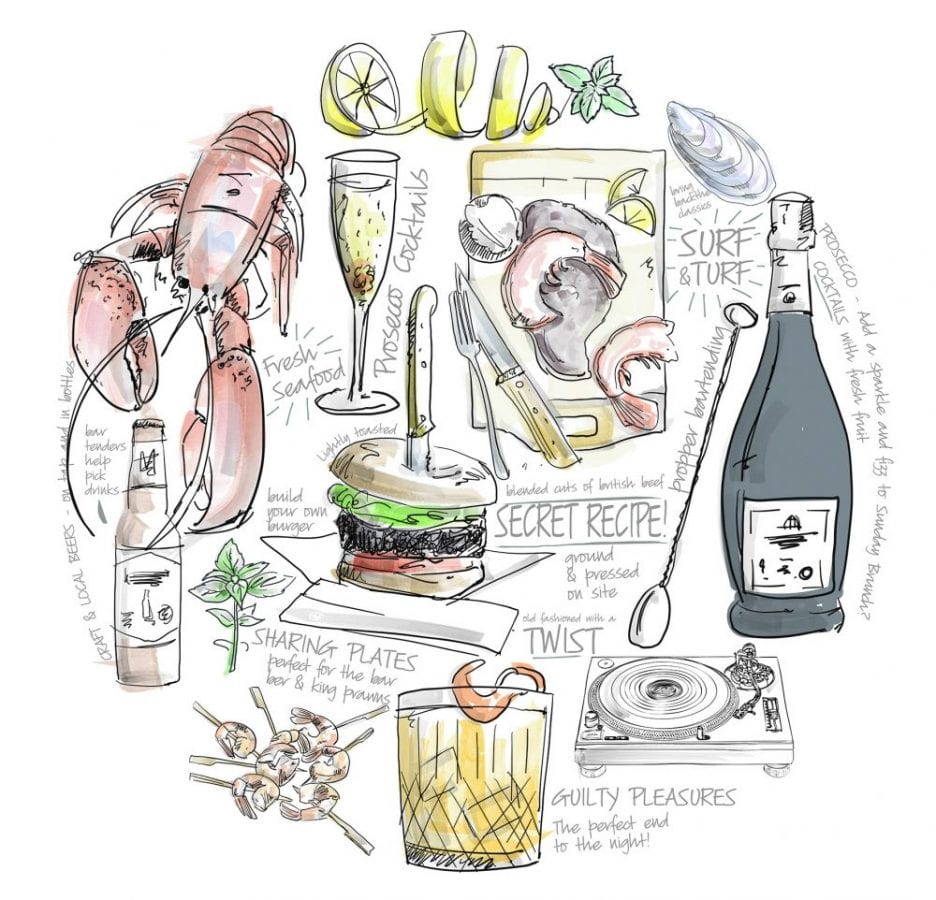 Just in time for summer, MeatUp is set to launch in Wandsworth Town, this month. Attempting to recreate back garden parties, albeit indoors and on a bigger scale, MeatUP’s menu is unsurprisingly barbecue driven. Set up as an all-day restaurant and late night bar, the menu will feature a range of barbecue favourites made with British ingredients and meat sourced from a some of the best Butchers in the country. Diners can expect the likes of charred chicken, grilled pig cheeks, barbecue ribs rubbed with signature MeatUp spices, and homemade sausages. Elsewhere, a number of fish and seafood dishes such as crayfish mac ‘n’ cheese will be on offer, as well as potted crab, while the bar area is set to serve a range of summer-inspired cocktails, as well as boasting one of the city’s biggest Prosecco lists. 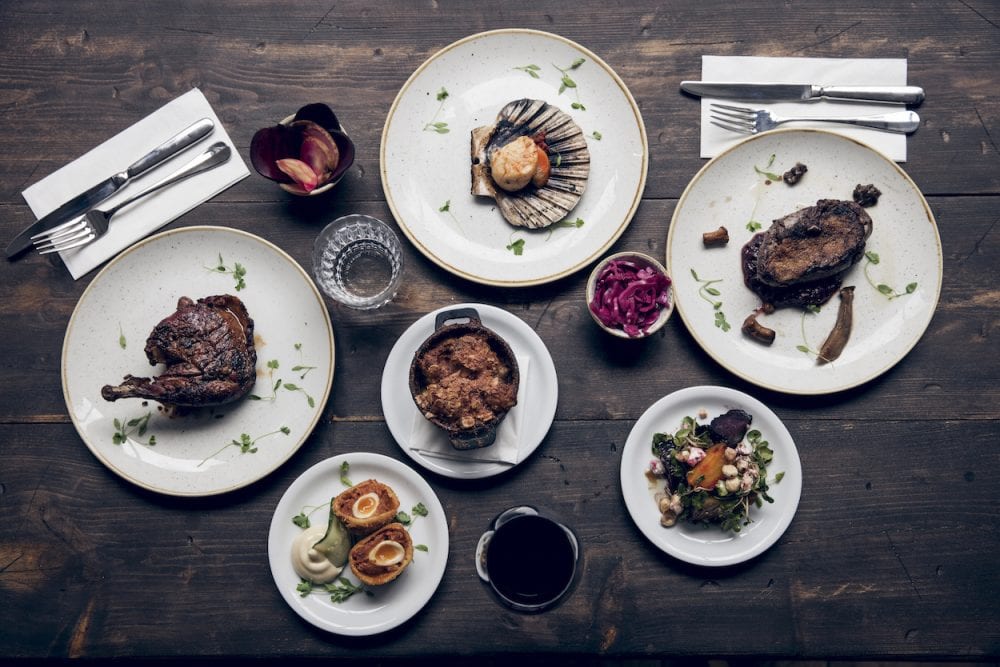 Literally meaning ‘smoke’ in Swedish, Rök is set to open a second smokehouse restaurant this month, taking over a Grade II listed building on Islington’s Upper Street. Following the success of their first space in Shoreditch, having opened last year, the new restaurant’s menu will follow a similar guise with a focus on simple Nordic-influenced dishes. Launching with a seasonal summer menu, the 60-seat space will also serve some favourites from the original restaurant. New dishes include the likes of mackerel with pickled onions and flamed crispbread, local-grown Guinea fowl with semi-cured pork belly and butter poached wild vegetables, and dark chocolate mousse with espresso sorbet and malted crumb. Elsewhere, returning favourites include the likes of scallop with nduja and seaweed, and duck with lingonberry bacon jam.

Rök Islington is set to open on 8th July and can be found at 149 Upper Street, London, N1 1RA. 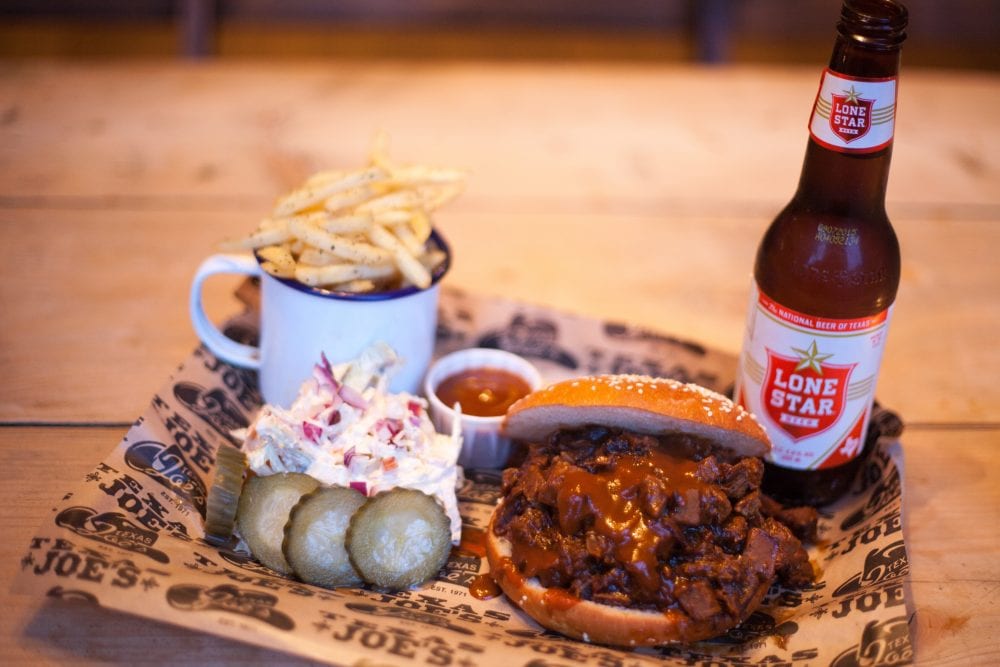 Inspired by the back-road barbecue spaces that have defined Texan barbecue, Texas Joe’s Slow Smoked Meats is set to open on Monday, just in time for American Independence Day. Unlike many American restaurants in the UK, however, Texas Joe’s is consciously striving to avoid the clichés that have traditionally defined many other venues. Instead, a huge focus on Texan food, particularly barbecue, will be on offer, with cuts of traditionally Texan meats (including mutton) that will be smoked slowly over English oak in a custom 500-pound capacity rotisserie. On the menu, signature dishes are set to include USDA beef brisket, beef prime rib and pork shoulder, as well as mutton shoulder and ribs, all of which will be served with house-made pickles and bread. What’s more, a separate honky-tonk bar complete with a jukebox and plenty of whisky and tequila will also be operating from the Bermondsey site.

Texas Joe’s Slow Smoked Meats is set to open on 4th July and can be found at 8-9 Snowsfields, London, SE1 3SU.