The London Essence Company has launched three new cocktails in collaboration with mixologist Pritesh Mody and taste psychologist Greg Tucker intending to “bring to life the flavours of South Africa, Mexico and Thailand”. 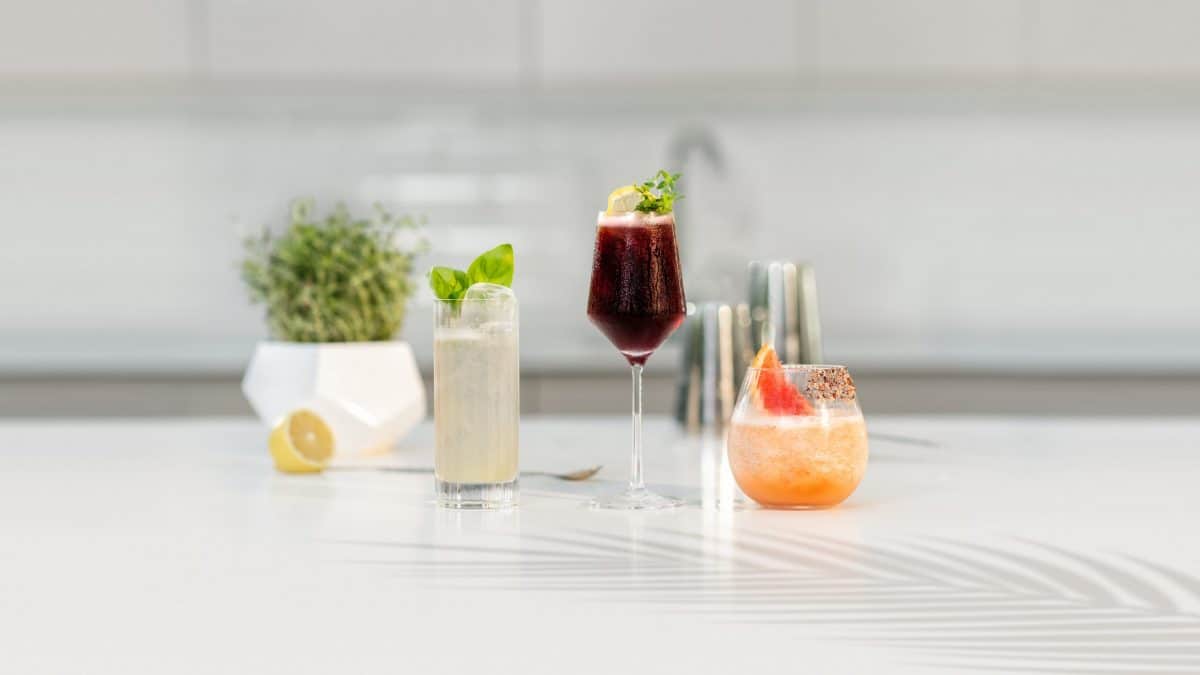 According to new research from The London Essence Company, 94 percent of Brits will forgo flying long haul this year, even if restrictions are lifted.

The market research, conducted via an online survey for 1,000 adults, also found that 69 percent of participants say trialling the local delicacies is what makes a holiday feel special, and 35 percent count sampling local street food markets as a must-do on their long haul travels. Moreover, 65 percent are missing tropical beaches, while 49 percent claim to miss mountainous landscapes and pounding waterfalls, such as those in Thailand. 44 percent of participants are also keen to discover new cultural places such as temples.

For most, however, staycations will replace exotic great escapes, with borders of many of Britain’s favourite long-haul destinations such as Mexico, South Africa and Thailand subject to national control measures until Autumn 2021.

In response, The London Essence Company has collaborated with mixologist Pritesh Mody and taste psychologist Greg Tucker to develop a series of cocktails that intend to bring to life the flavours of South Africa, Mexico and Thailand. Sure, a Mai Tai on Bournemouth beach doesn’t have the same appeal as it would in Honolulu, but the initiative aims to “elevate the summer of staycations”, at least.

All three drinks are available to make at home using cocktail kits available from the London Essence e-shop (£18.99), or can be found on the menu at Drake & Morgan bars across London, including The Folly (City), The Sipping Room (West India Quay), The Refinery (Bankside), Drake & Morgan at King’s Cross, and The Parlour (Canary Wharf).

Greg Tucker comments: “Pritesh has skilfully developed a trio of drinks which feature bright, fresh top notes alongside deeper bass tones – known to deliver a positive shift in our mood – as well as evocative international flavour combinations. They’ll transport us to the mountains of South Africa, Mexico’s beaches and Thailand’s lush greenery, putting us in the holiday spirit in no time, even if we’re at home.

“There’s no better time to give these cocktails a go than now – summer is the perfect time to get experimental as our senses are at their best and we are at our most confident, with greater taste awareness and better aroma judgements.

“And when people say that eating and drinking outdoors makes things taste better – it’s true. We’re surrounded by fresh air rather than being distracted by the stale taint of cooking smells and humans in enclosed spaces. Try it and you’ll find that it enhances your drinking experience even further.”

Ounal Bailey, Co-Founder of The London Essence Company added: “Brits are craving a taste of exotic destinations this summer but as we exit lockdown, they are opting to be a little more cautious with their summer travel plans than they usually would be.

“As the British staycation is set to boom, London Essence has developed three new cocktails, inspired by some of our favourite long-haul travel hot spots. The cocktails will transport drinkers to their dream destinations, no plane ticket required.”