By Jonathan Hatchman, Food Editor, @TLE_Food Generally regarded as the drink of choice to be gifted and to be shared with our Dads; so to tie in with Father’s Day, this weekend, we’ve compiled a last minute guide to help you decide which whisky to buy for your Dad on Sunday. Nikka ‘From The Barrel’ […] 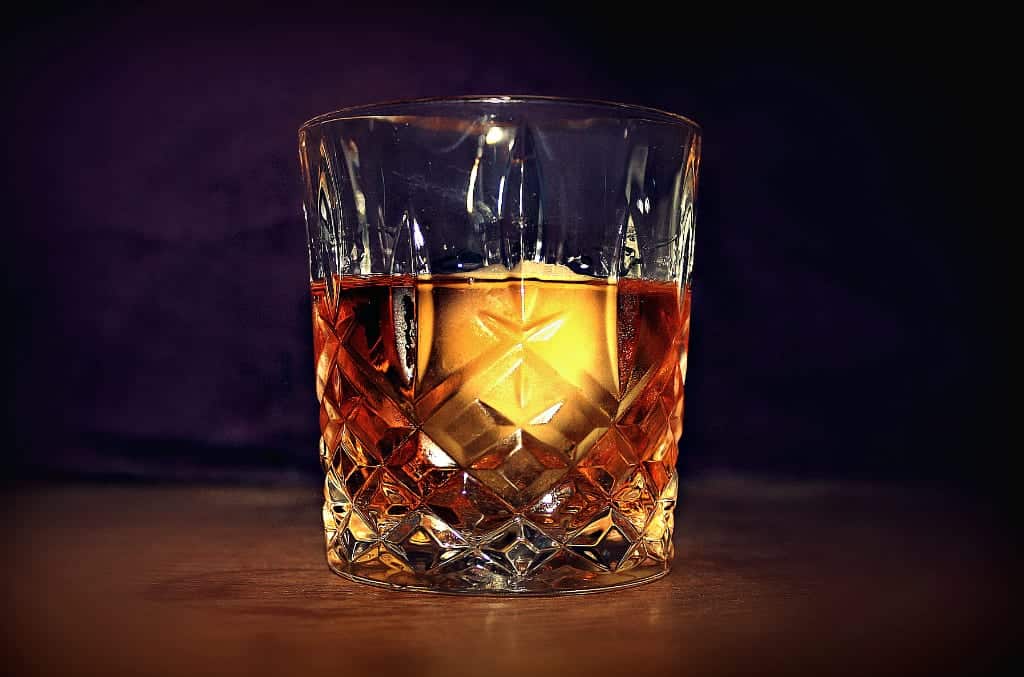 Generally regarded as the drink of choice to be gifted and to be shared with our Dads; so to tie in with Father’s Day, this weekend, we’ve compiled a last minute guide to help you decide which whisky to buy for your Dad on Sunday. 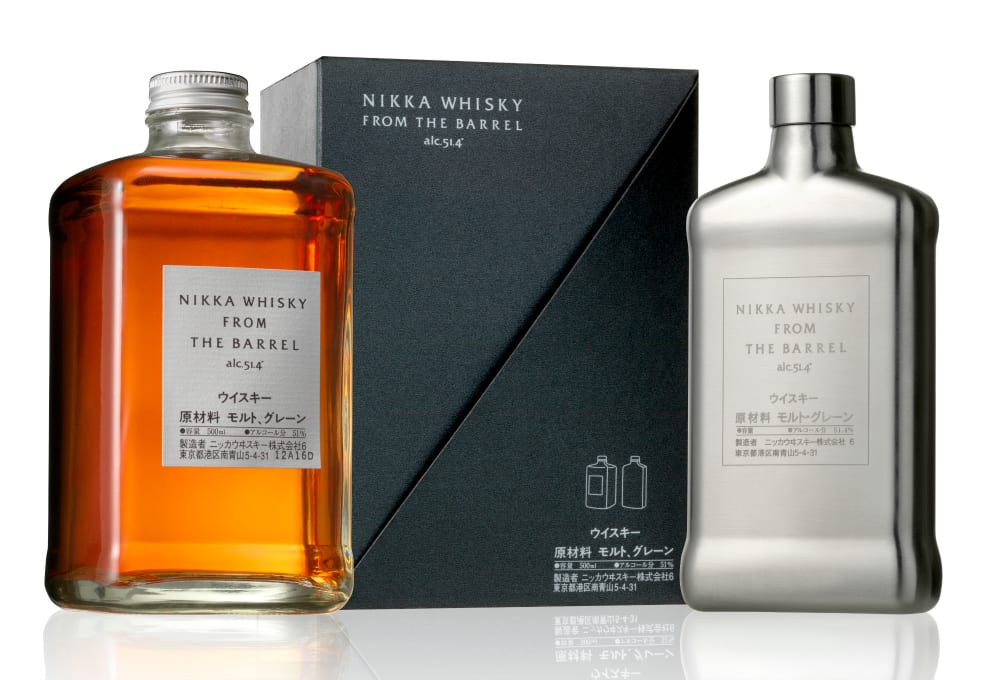 Nikka ‘From The Barrel’ Gift Set

Japanese whisky has become increasingly popular in recent years, particularly outside of Asia. As a result, the increase in demand has resulted in a demand that’s becoming difficult to meet and has thus influenced prices. So when, and where, Japanese whisky is available within the UK, it’s often met with an overwhelmingly high cost for consumers. This Nikka ‘From The Barrel’, nonetheless, boasts brilliant value and features a 50cl bottle that’s accompanied by a pourer and two glasses. Having picked up the top prize in its category at the 2010 World Whisky Awards, the blended whisky offers vanilla notes on the nose from the bourbon cask, as well as a prominent spiciness and richness that continues on the palate: a brilliant alternative to Scotch for more adventurous whisky-drinking fathers. Personalised bottle engraving is also available.

Nikka ‘From The Barrel’ Gift Set available from thewhiskyexchange.com, priced at £57.95. 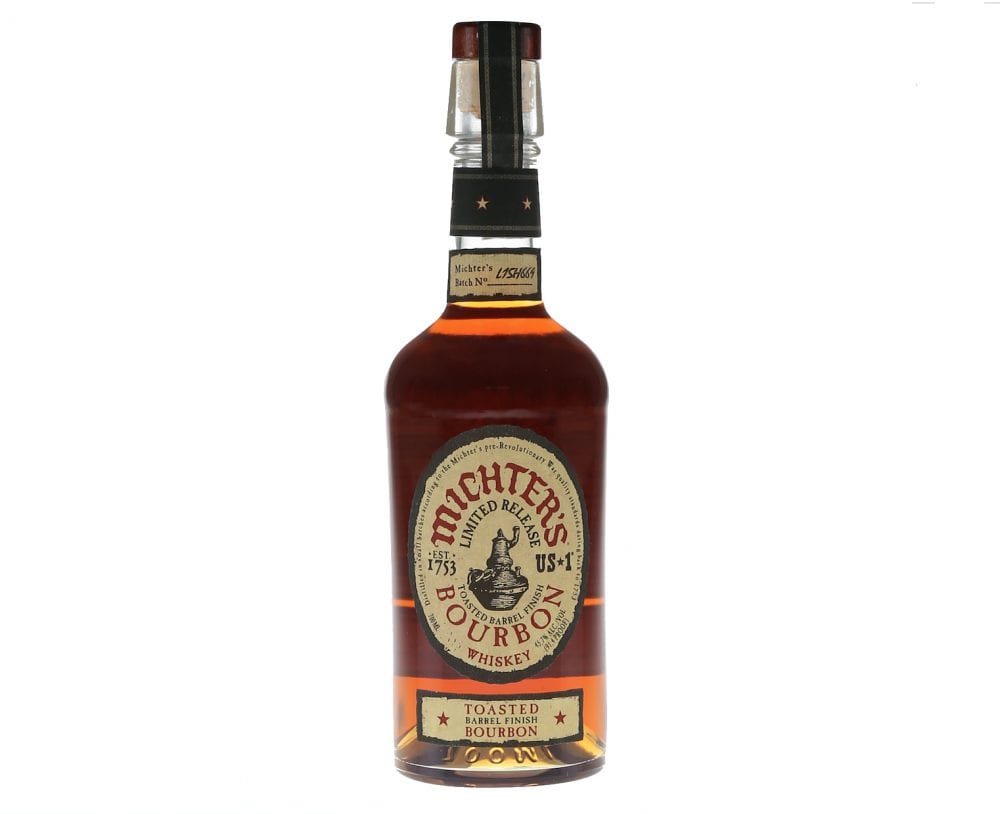 One of America’s oldest bourbon distilleries – Michter’s – have unveiled a relatively new expression. Taking their standard US*1 bourbon and maturing it once more in brand new oak barrels to produce the extremely limited release Michter’s US*1 Toasted Barrel Finish Bourbon. Using barrels that have been air dried for 18 months and are merely toasted, rather than charred, the second maturation lends further notes of vanilla and cinnamon, overshadowing the oak flavours prominent in the distillery’s standard bourbon. The result is a relatively sweet pour, with notes of caramel, toffee apples and sweets, joined by notes of nuts and hickory.

Michter’s US*1 Toasted Barrel Finish Bourbon is available from masterofmalt.com, priced at £61.99 for 70cl. 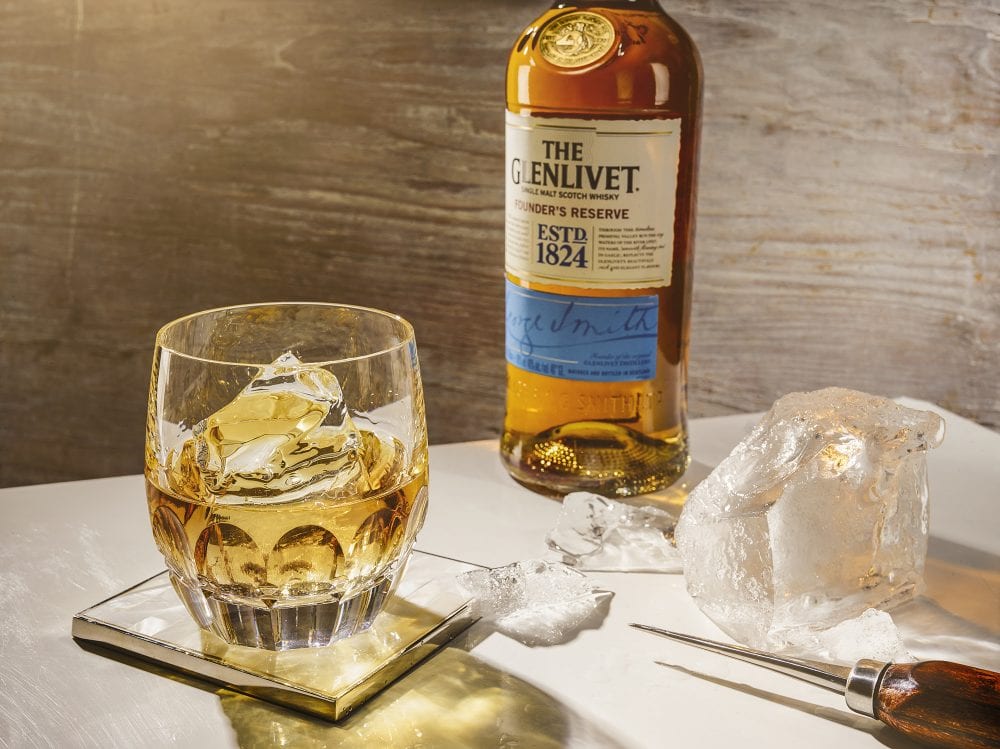 Livet Valley has been known for exceptional whiskies since the 19th century, so it seems only right for The Glenlivet to have been named after the Gaelic term for ‘valley of the smooth-flowing one’. First set up in 1824 by George Smith, the brand has created The Glenlivet Founder’s Reserve – an expression to honour the original founder. Paying tribute to the famously smooth and fruity characteristic, Founder’s Reserve also features a contemporary process of using American first-fill casks to add an additional hint of creamy sweetness. As a result, a light, fruity freshness is omnipresent, joined by a sweetness that leads into a long, smooth finish.

The Glenlivet, Founder’s Reserve is available from thewhiskyexchange.com, most supermarkets and all specialist retailers, with the RRP of £34.15. 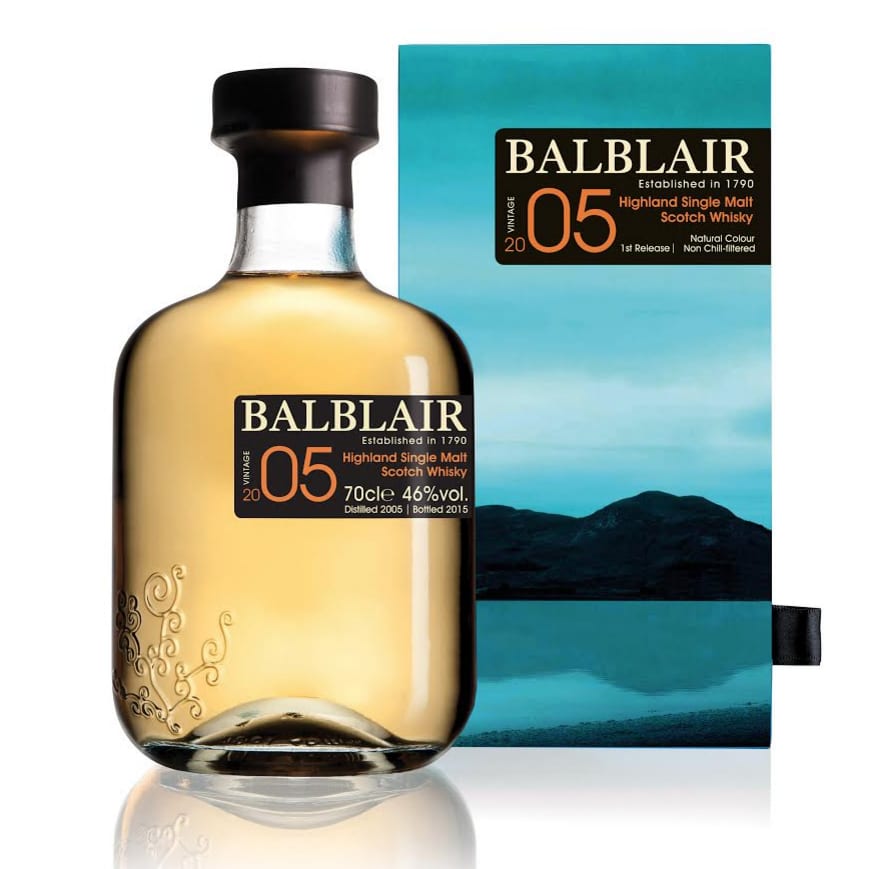 The only whisky that’s exclusively released in vintages, juxtaposed to age statements, each of Balblair Highland Single Malt Scotch Whiskies are named after the year of being laid in cask. What’s more, the Vintages are only released once deemed perfect by Balblair’s Distillery Manager, who noses and tastes every single cask in order to ensure that each single Vintage is completely unique. Matured in American oak ex-bourbon barrels, Balblair Vintage 2005 offers notes of oak, vanilla, leather, orange, imparted from the barrel, as well as aromas of apple, spices and the sweetness of honey. On the palate, the sweetness continues, with durable hints of both toffee and vanilla, while the finish is long and spicy.

Balblair Vintage 2005 is available from Royal Mile Whiskies, Master of Malts, selected Oddbins and independent specialists, with the RRP of £43 for 70cl. 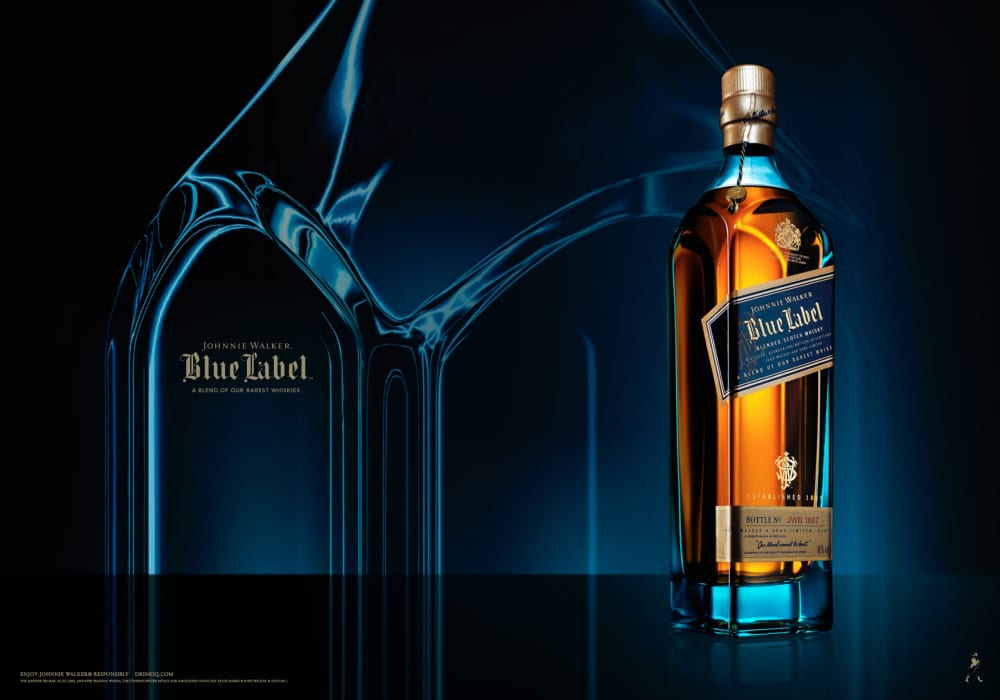 A brand that’s synonymous with blended whisky, Johnnie Walker’s premium expression – Blue Label – is the rarest whisky from the world-famous brand. Made using some of the brand’s oldest and rarest malt and grain Scotch whiskies, with only one in ten thousand casks used within the process. Enjoyed neat alongside a palate cleansing glass of water, Johnnie Walker Blue Label is exceptionally smooth, with a remarkable balance of flavours. A complex nose of oak, spice, dried fruit, aniseed and cedar joins a rich palate of toffee, slight smokiness, chocolate, malt and a gentle smokiness that leads into the finish alongside further dried fruit, spice and floral notes. Although expensive, Blue Label is the ultimate premium blend for any Scotch enthusiast.

Johnnie Walker Blue Label is available from masterofmalt.com, priced at £129.38 for 70cl. 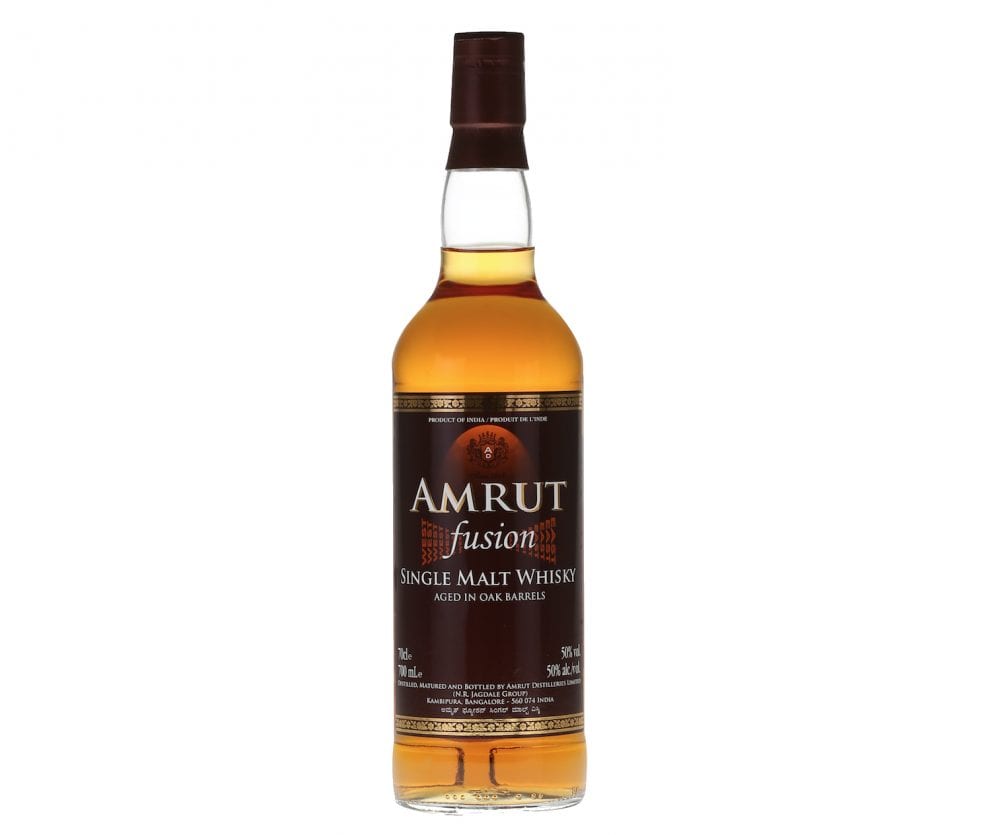 ‘Nectar of the Gods’, as it translates in Sanskrit; Amrut Distilleries’ single malt whisky was the first to become available in the UK, having been made in India. Using 75% unpeated Indian barley and 25% Scottish peated barley, Amrut Fusion is distilled in small batches and matured in oak barrels in Bangalore – the garden city of India. Boasting a real complexity, Amrut Fusion has a potent richness, with a nose that combines hints of barley, citrus fruits, sweetness and peat, while notes of chocolate, coffee and oak continue on the palate before a long, spicy finish. This is a fusion that will make an ideal gift for fans of rich, peated whiskies.

Amrut Fusion is available from masterofmalt.com, priced at £49.84 for 70cl. 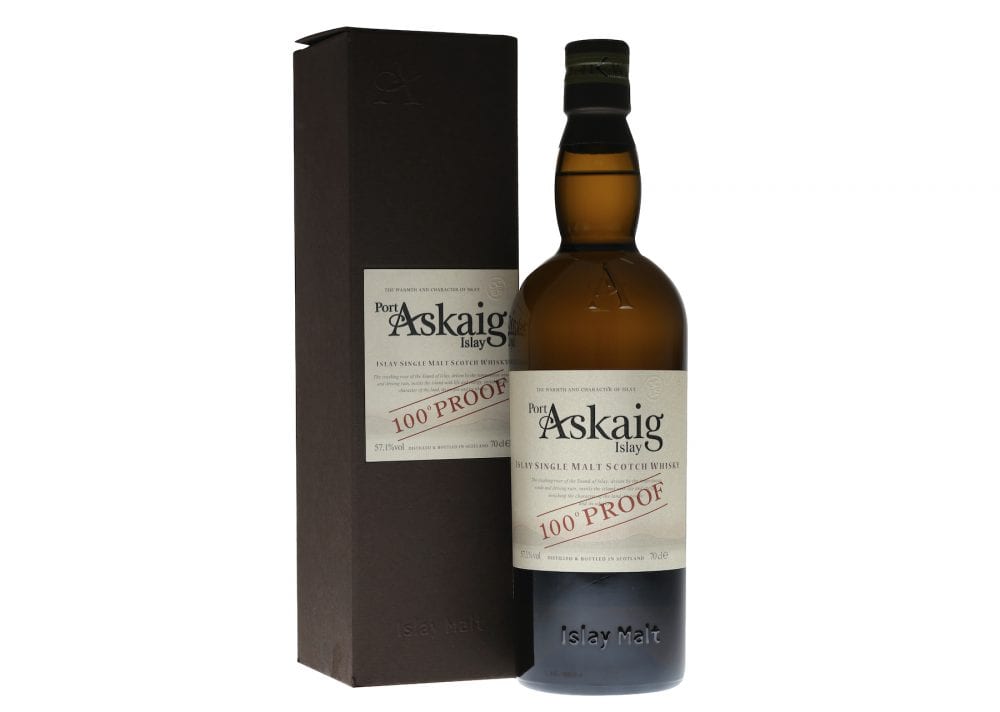 Another favourite for fans of peated whisky, Port Askaig 100° Proof cask-strength Islay is a young whisky from an unspecified Islay distillery. A very light pour, what’s perhaps most prominent is the smokiness that’s present on the nose and on the palate. A slight minerality is also present, as well as an alcoholic potency to remind drinkers of the high 57.1% alcohol volume. Elsewhere, heavy notes of smoke are joined by a very faint sweetness that grows into a characteristic spiciness with a very long finish. This is a whisky that Islay-enthusiasts are almost certain to enjoy. Personalised bottle engraving is also available.

Port Askaig 100° Proof is available from thewhiskyexchange.com, priced at £44.95 for 70cl.