Another mass shooting, another story about how America’s lax gun laws helped a killer. Orlando shooter Omar Mateen purchased his AR-15 assault rifle legally, despite the FBI’s suspicions about him. Terror suspects can be placed on a no fly list but not a ‘no gun’ list. The AR-15 is the mass murderer’s weapon of choice. […] 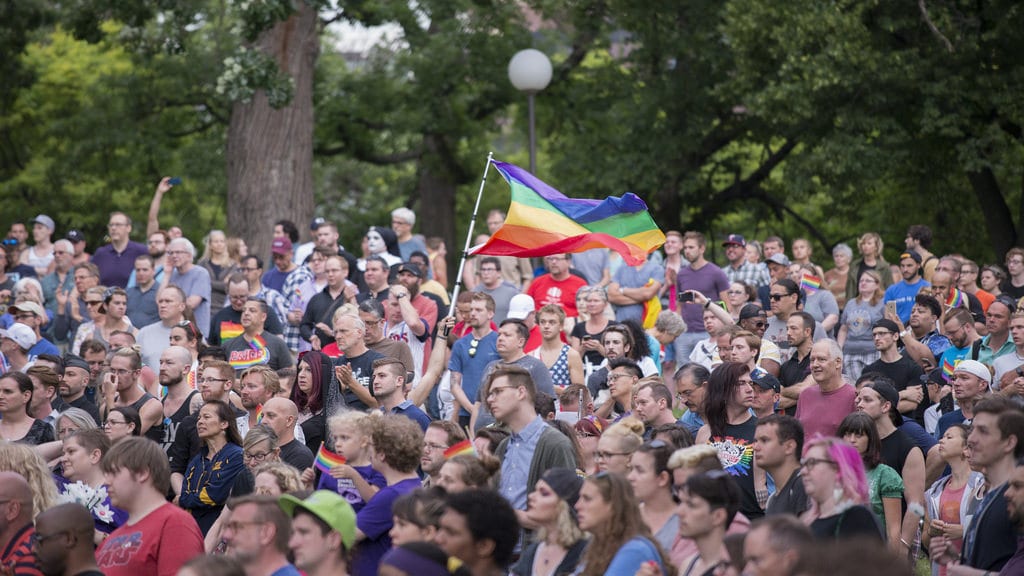 Another mass shooting, another story about how America’s lax gun laws helped a killer. Orlando shooter Omar Mateen purchased his AR-15 assault rifle legally, despite the FBI’s suspicions about him. Terror suspects can be placed on a no fly list but not a ‘no gun’ list. The AR-15 is the mass murderer’s weapon of choice. It’s a highly efficient killing machine. The debate about America’s gun laws is long and storied but the differences between those who think common sense gun control is the way forward and those who oppose all regulations will likely never be bridged. The US suffers from a delusion that equates freedom with gun ownership and that delusion is killing people.

Florida Senator Marco Rubio shrugged off the massacre, saying this was just ‘Orlando’s turn’. That attitude is not as defeatist as it sounds. In fact, the tolerance of mass shootings has become commonplace among gun rights activists. Freedom means having a gun and if some bad apples use those guns to murder innocent people, well that’s just the price we pay for freedom. Such a callous approach to human life is hardly surprising in lobbyists who literally believe killing machines are part of the American dream.

In the minds of many Americans, guns have ceased to be tools of self-defence or hunting. They have become fetish objects, symbols of a particular concept of American freedom. Grown men go into fast food restaurants wearing assault rifles over their shoulders, family portraits show parents and kids armed to teeth and even the slightest suggestion that nobody needs a handheld mass murder device is  tantamount to treason. Only in the United States does this gun culture permeate social life, politics and commercialism. And that’s the point – American exceptionalism contributes in no small way to the country’s weaponised culture.

America is exceptional, its constitution is unique, its citizens’ right to own guns separates it from lesser nations – all these things are true for a given measure of truth. Gun fetishists also hold the US Constitution in awed reverence. At least, they revere the original document and the first ten amendments. It’s in the Bill of Rights that the Founding Fathers gifted the world with ‘the right to keep and bear arms’. The Founding Fathers are invoked too often to justify the politics of the moment but it’s impossible to imagine that Washington, Jefferson, Hamilton et al looked forward to a day when American citizens could walk into a public place and murder dozens of fellow citizens in a matter of minutes. Is that the freedom American patriots fought for at Concord and Lexington? Gun advocates argue that it is. Objectively, it is doubtful calling on the memory of 1776 helps the modern debate in any way. But if the gun lobby plays the freedom card to justify school shootings, and it does, their claims must be met head on.

If you need to carry a gun everywhere just to feel safe, you are not free. If every act of revelry, in nightclubs or at weddings, is tinged by the fear of a well-armed mass murderer, you are not free. If mundane daily life – in offices, cinemas, government buildings and schools – is never free from the threat of a deranged killer with a grudge who bought his lethal weapon legally and without the slightest government oversight, your freedom has a weak foundation indeed. A country that needs armed guards in nightclubs and on college campuses is a country that is failing.

Freedom isn’t free, as America’s conservatives are so fond of saying. Freedom, true freedom, means recognising that your choices affect other people. To be truly free is to understand that no right is absolute. That’s why you’re not allowed to steal from your neighbour or assault people you don’t like. If your freedom to own a highly efficient killing machine means murderers can murder more easily, the responsible course is to surrender to some sensible regulations. Effective laws may anger and inconvenience law abiding citizens who want AR-15s for their growing weapon collection, but that is a very small price to pay to protect human life.