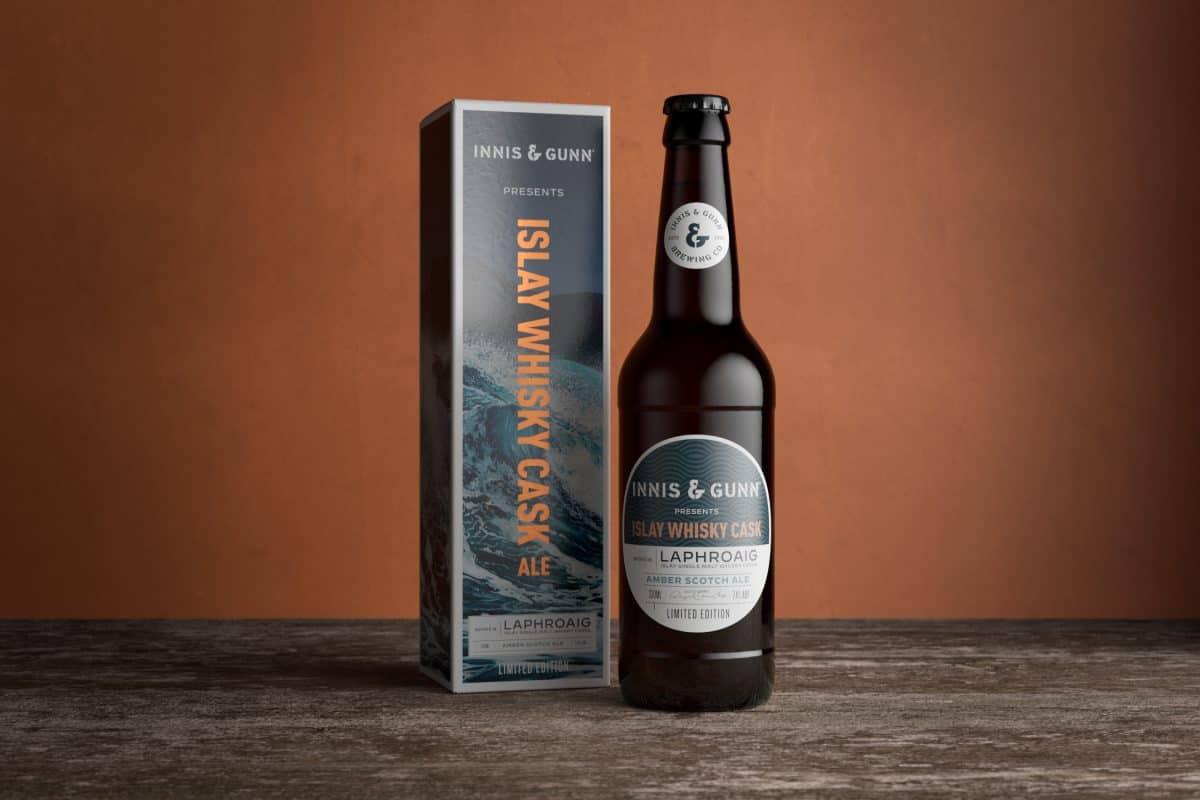 Brewed to 7.4 percent abv, Islay Whisky Cask is an amber ale slowly matured in Laphroaig 10-year-old single malt Scotch Whisky casks (Laphroaig’s signature expression and one of the world’s most renowned Scottish whiskies). During its 12-week maturation, the beer has extracted complex flavours of peat smoke and brine, typical of Laphroaig, plus floral aromas and nuances of vanilla alongside malty savours. Each bottle is presented with a gift-box created in collaboration with Scottish artist Hope Blamire, specially commissioned to produce an artwork to evoke the atmosphere of Islay.

On the launch of the Islay Whisky Cask beer, Dougal Gunn Sharp, Founder of Innis & Gunn said: “Islay Whisky Cask truly evokes the island that inspires both our brew and the iconic Laphroaig. The rich peated earth and Islay terroir infuse the whisky with its distinctive, complex flavours and it is these that we sought to capture in this bold, limited-edition brew. The result is evident even before you take your first sip, as you open the bottle, you’re welcomed with the distinctly peaty, complex aroma that defines Laphroaig.

“The Islay Whisky Cask collaboration – Innis & Gunn, Laphroaig and Hope Blamire – is a perfect example of the quality that can be achieved when you work innovatively with your craft and unite with other complimentary talents.

“Working with Hope Blamire completes a strong Scottish trio of raw Scottish craftsmanship. Her painting beautifully captures the rugged, dramatic beauty of Islay and the resulting packaging shows drinkers that they are in for something special.”

Chris Richardson, Global Sr. Director at Laphroaig added: “We’re excited to partner with another iconic Scottish drinks brand to bring together the richly peated flavour of Laphroaig with Innis & Gunn’s bold amber beer. The ‘Islay Whisky Cask’ limited-edition is perfect for anyone who loves the unforgettable flavour of Laphroaig and wants to experience it married with the deep, rich flavours of one of Scotland’s top beers.”