Tripe, eel and tongue have been added to a “critically endangered foods” list after new research revealed some of our most traditional culinary treats may be on the way out. With popular cuts of meat now widely available at affordable prices the days of nose-to-tail cooking seem to be drifting by the wayside – and […] 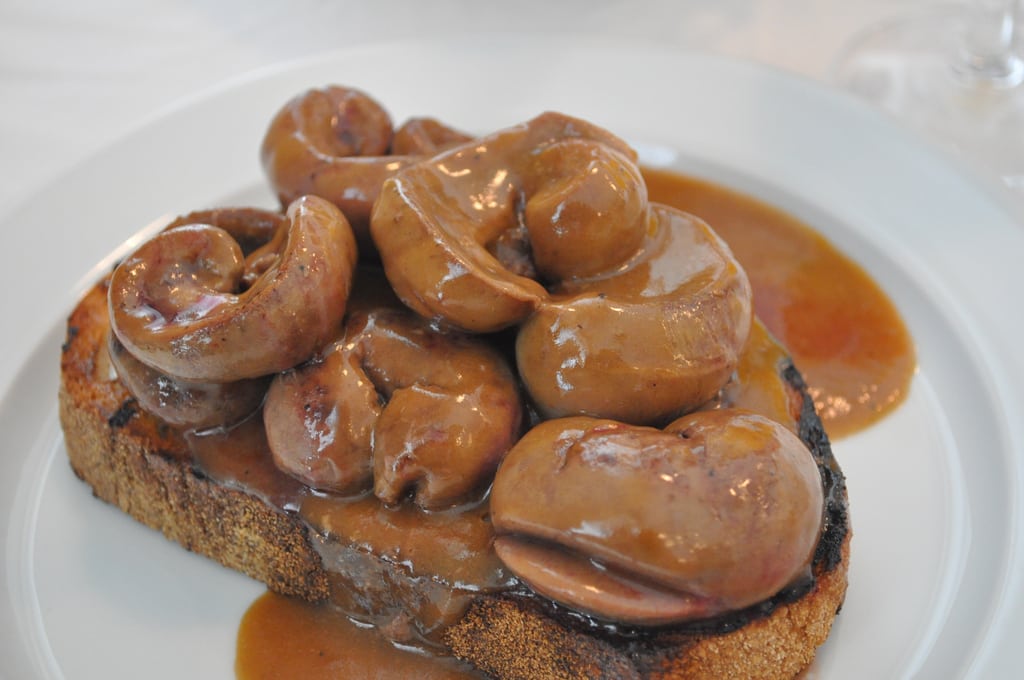 Tripe, eel and tongue have been added to a “critically endangered foods” list after new research revealed some of our most traditional culinary treats may be on the way out.

With popular cuts of meat now widely available at affordable prices the days of nose-to-tail cooking seem to be drifting by the wayside – and it’s all down to those pesty Millennials.

According to Ubamarket a quarter of millennials find it hard to locate the more diverse ingredients on their shopping lists, with a further 25 per cent now trying meat-free and plant-based meals on a regular basis regardless of whether they identify as vegetarian or vegan.

The study showed that social media is also playing a big role in what we cook, fostering more bright colours and unusual and unique dishes.

Where avocados and sushi have found that to be a boon many other traditional foods have fallen out of favour because they’re not Insta-friendly. Oxtail, giblets and eel have all become victims of a generation that eats with their eyes rather than their mouth, with foods that would have once been considered staples now frequently destined for the bin.

But old fashioned foods can be just as appealing as new age produce, and they certainly needn’t go extinct. In a bid to drive down food waste, slash the cost on food shops and encourage more nose-to-tail consumption I have re-worked ten foods in danger of going extinct:

Pulled pork was all the rage five years ago, but what about its pushed counterpart? Spam is a wonderfully versatile meat that can be used around the clock in a whole range of meals, from a hearty breakfast skillet to Spam Mac and Cheese for lunch. But the one that will please the camera as well as the stomach is this Sweet and Spicy Brussels Sprouts recipe with Spam. See the full details here.

Rabbit may have enjoyed a mini gastro pub revival, but back home the days of cooking the once-popular meat are all but over. Supermarkets have led most people down a three meat alley with pork, beef and chicken the norm in households, yet with most good butchers selling rabbit at around £5 a pop it seems like a waste not to get this tasty meat back into the kitchen. For instant Insta success, check out these Buffalo Rabbit Nachos here.

Cold pressed juice is the modern route to getting a good daily dose of vitamins and minerals, with a shot of charcoal lemonade or blue spirulina giving youngsters a health injection of immunity among other things. But did you know you could get all that from your lunch time sandwich? Ox Tongue contains plenty of B-Complex Vitamins as well as zinc and other minerals. Check out Delia’s recipe here to see how you make it part of your daily lunchbox.

Officially ranked as the food most likely to face extinction on the doomsday list tripe is all but non-existent in modern British kitchens. But it could find a mini revival in the shape of this tasty snack. Calamari tripe switches squid rings for this meaty alternative, allowing you to pair the dish with more adventurous sauces if the traditional dripping doesn’t suffice. Check out this easy-to-make recipe here.

Famed for a shout out in popular sitcom Friends Unagi is a dish that has long enjoyed popularity in Japan, and could see eel used more often over here as traditional pie and mash shops fall into disrepute and home cookers find limited use for the fish. Follow this recipe for a tasty and wholesome Japanese meal.

Black pudding may be a surprise addition to the list of endangered foods, yet very few home cookers are likely to use it in their kitchens. Made from pork blood, pork fat and oats the savoury delicacy used to be a staple on most breakfast plates but increasingly gets replaced as sourdough reigns supreme over the mighty white and vine tomatoes kick out hash browns, fried bread or pudding. But these black pudding fritters make for a very enjoyable snack or starter.

Nettles are usually best avoided around the home, and it is little wonder the once popular ingredient is being used less and less in the kitchen. But craft brewers have found a modern use for the plant, and a so-called “homebrew from the hedgerow” revival means everyone can have a go at it for the price of a day out foraging. Find a recipe for nettle craft beer here.

Beef dripping was once the height of British kitchen ingenuity, ensuring that everything that is bought is used in one way or another. Today dripping is best used for roast potatoes and chips in the modern kitchen, with these triple cooked chips boasting a real wow factor.

Along with avocado eggs are among the most snapped foods on Instagram, and this recipe opens the door for the out-of-favour sardines to make a revival. With omega 3 levels even higher than salmon and lots of energy-boosting vitamin B12, sardines are an incredibly healthy way to start your day. And this breakfast recipe will get you off to just the start you need.

The classic “something on toast” is always a win on social media, and these devilled kidneys will make a once unloved food look the part. This Hairy Bikers’ recipe for this classic British breakfast dish is simple and delicious and will guarantee you to rack up some likes.