For my money, one of the major new cinematic talents discovered in recent years was not an actor, a director or a screenwriter but 37-year-old cinematographer Lukasz Zal, who was camera operator on Pawel Pawlikowski’s Ida. Zal stepped in as DP just after just a few days when Ryszard Lenczewski left the film. It could […] 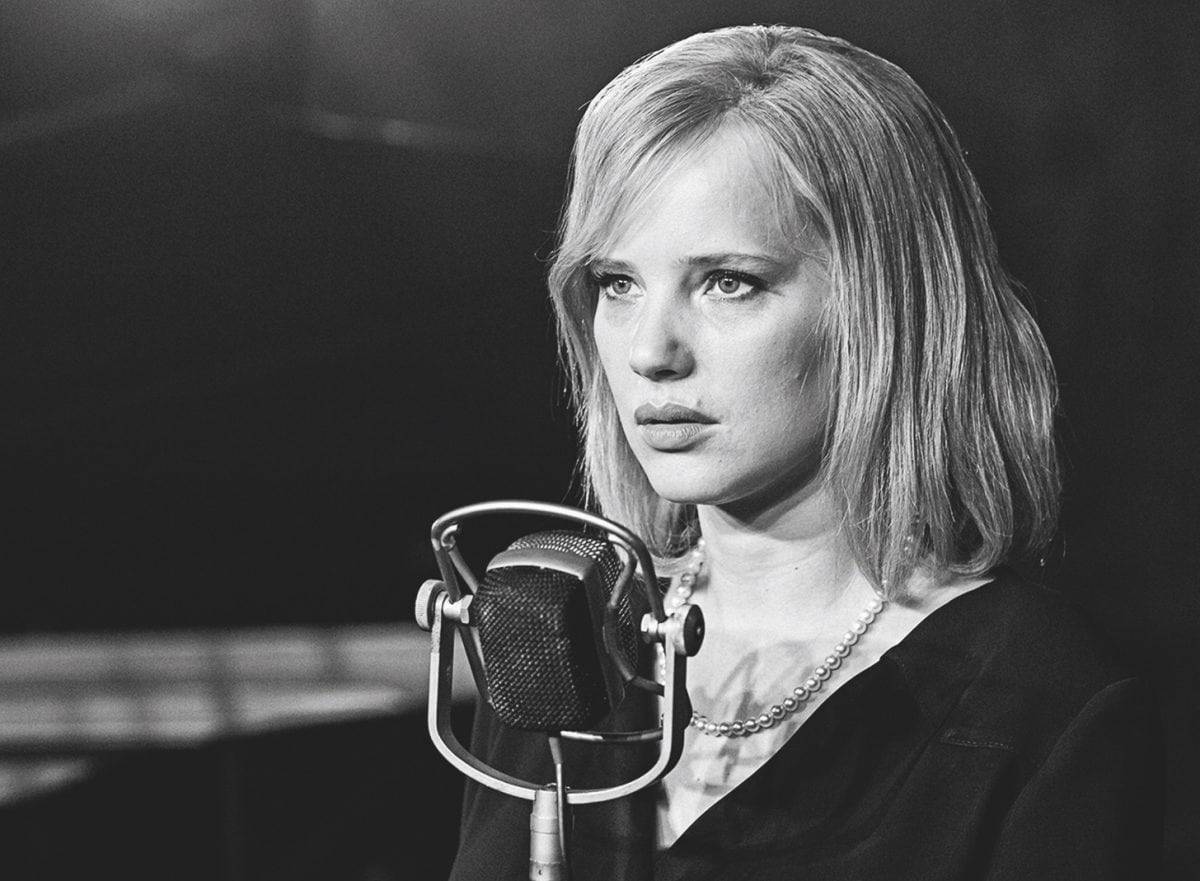 For my money, one of the major new cinematic talents discovered in recent years was not an actor, a director or a screenwriter but 37-year-old cinematographer Lukasz Zal, who was camera operator on Pawel Pawlikowski’s Ida. Zal stepped in as DP just after just a few days when Ryszard Lenczewski left the film. It could have been said that Lenczewski laid the foundation for that gorgeous film but with this, his second collaboration with Pawlikowski, I think a solid argument can be made that Zal is the real star.

Cold War is set over 15 years, from 1949 to 1964. It begins with Wiktor (Tomasz Kot) looking for folk songs and for talented young women and men, so he can help start a troupe that will tour Poland and communist countries beyond. One of the members of the troupe is Zula (Joanna ). She and Wiktor begin a secret relationship, but when they plan to defect together, she doesn’t show up. However, their paths continue to cross over the years.

It won’t happen, but if there were any justice in the world this would be the film to beat to this year’s cinematography Oscar. Pawlikowski and Zal craft images that are so beautiful and detailed that even simple establishing shots often made me gasp. The sky through the roof of a bombed out church, dirt roads like veins across the land, people’s faces as they sing folk songs, Kulig and Zal sitting on a bench. Even without story context, these images in and of themselves are beautiful and emotional. The textures, in particular, are incredibly rich – more than any 3D film, this is one where you almost feel you could reach through the screen and touch the images.

I wish I loved the film as a whole as unreservedly as I love the imagery.

The first half of Cold War, from the trips to remote villages to find folk songs, to the founding of the school and the birth of Wiktor and Zula’s illicit, briefly glimpsed but richly felt, relationship through to the way the focus of the troupe is gradually shifted from the preservation of folk history to more nakedly propagandist, is wonderful. These threads interweave beautifully, with the romance feeling fully realised even when it is largely established in lingering looks and the politics being powerful without becoming overbearing.

The music is also beautiful, with one song established early that will run through the film. It will be heard in different styles, once in a different language with the lyrics translated, not quite the same thing, in this way cleverly reflecting the status of Wiktor and Zula’s relationship. However, effective as that device is in communicating the film’s themes, I couldn’t help but feel that the Paris set section of the film, which takes up much of its second half, was much less gripping than the earlier passage. Wiktor working as a composer while trying to establish Zula as a singer is a much more familiar story and structure than what has been presented up to this point and while Kot and Kulig’s performances remain exceptional, there is a sensitivity and subtlety both to Pawlikowski’s writing (he wrote the screenplay with Janusz Glowacki and Piotr Borkowski) and the acting that fades just a bit in this section. By the end of the film, the presents a few more problems, seeming to rush through to an ending which, though it’s emotional and takes place in one of the film’s most gorgeous locations, didn’t ring true for me.

None of this is to say that Cold War is a bad film. Kulig and Kot are both too good for that to be true – both have moments in which they tell us what would amount to pages about their characters silently, or with a few words. It’s too exquisite looking to risk miss seeing it on a cinema screen, let alone to be truly bad. And yet, I can’t help but feel let down. For forty minutes this felt like film of the year territory. Ultimately it doesn’t entirely hit those heights, but even if it doesn’t match his last film, this is another beautifully crafted, sometimes deceptively complex work from a director who is still, to my mind, undervalued.