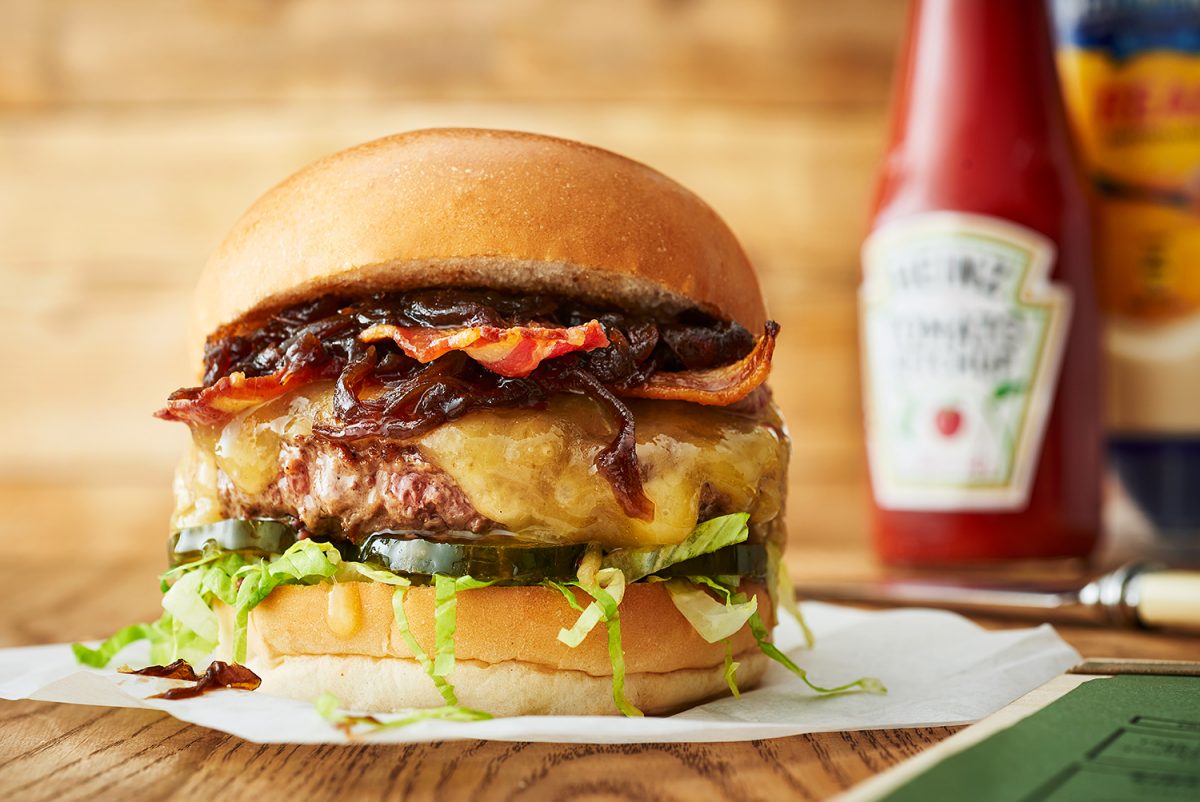 Launching on Monday 20th April, Honest Burgers are set to release 250 limited-edition ‘Honest at Home’ kits, with all proceeds set to be donated to three charities.

An entirely not-for-profit initiative, Honest are asking customers for an ‘honesty box’ donation for the kits (each worth around £35), and hope people will give as generously as possible. Every penny from the ‘Honest at Home’ sales will be split between The Trussell Trust, a nationwide network of food banks for vulnerable people; Hospitality Action, offering financial and emotional support for hard-hit hospitality workers; and Landworkers’ Alliance, providing safety gear for farmers, enabling them to get back into production.

For the initiative, Honest have also partnered with Turner & George, who will cover delivery to customers, free of charge. The kits are available in London and Greater London postcodes and will be delivered to customers between 21st – 25th April only.

‘Honest at Home’ follows Honest’s effort to support frontline workers since the virus outbreak, including making best use of the leftover food in each of their restaurants by delivering burgers and chips for nearby hospital teams, local charities and foodbanks, and using all the fresh ingredients on hand in their central Honest kitchen to create, from scratch, around 4,000 Honest ready meals (wild garlic pesto lasagne, Honest beef cottage pie, and Bolognese). These were packed, labelled up and handed over to City Harvest – a London based charity that distributes food to those in greatest need.

On the launch of ‘Honest at Home’, Honest Burgers co-founders, Tom Barton and Phil Eles said: “We’ve been working hard to support the incredible teams both within our own business and those out on the frontline right now. In the very early days of the outbreak, we pivoted as quick as we could to use up our left over fresh ingredients, creating over 4,000 Honest Kitchen meals which the brilliant City Harvest charity distributed to the NHS and those really in need.”

“The ‘Honest at Home’ kit was inspired by our customers and we saw it as a way to extend our support by asking people to donate what they feel they can into an ‘Honesty Box’ to secure themselves a kit. Every penny will then go to the three charities we have chosen which are doing such relevant and important work right now. I’d love the chance to thank Turner and George and The Bread Factory who have helped make these kits possible in a short space of time – collaboration is in Honest’s DNA and never have we felt it more strongly.”

Honest at Home kits will be available to purchase from 11am on Monday 20th April from the Honest Burgers website’s main homepage.