Launched by the chef behind Calais Kitchens, Compassion London provides meals for vulnerable groups but aims to serve tens of thousands more. 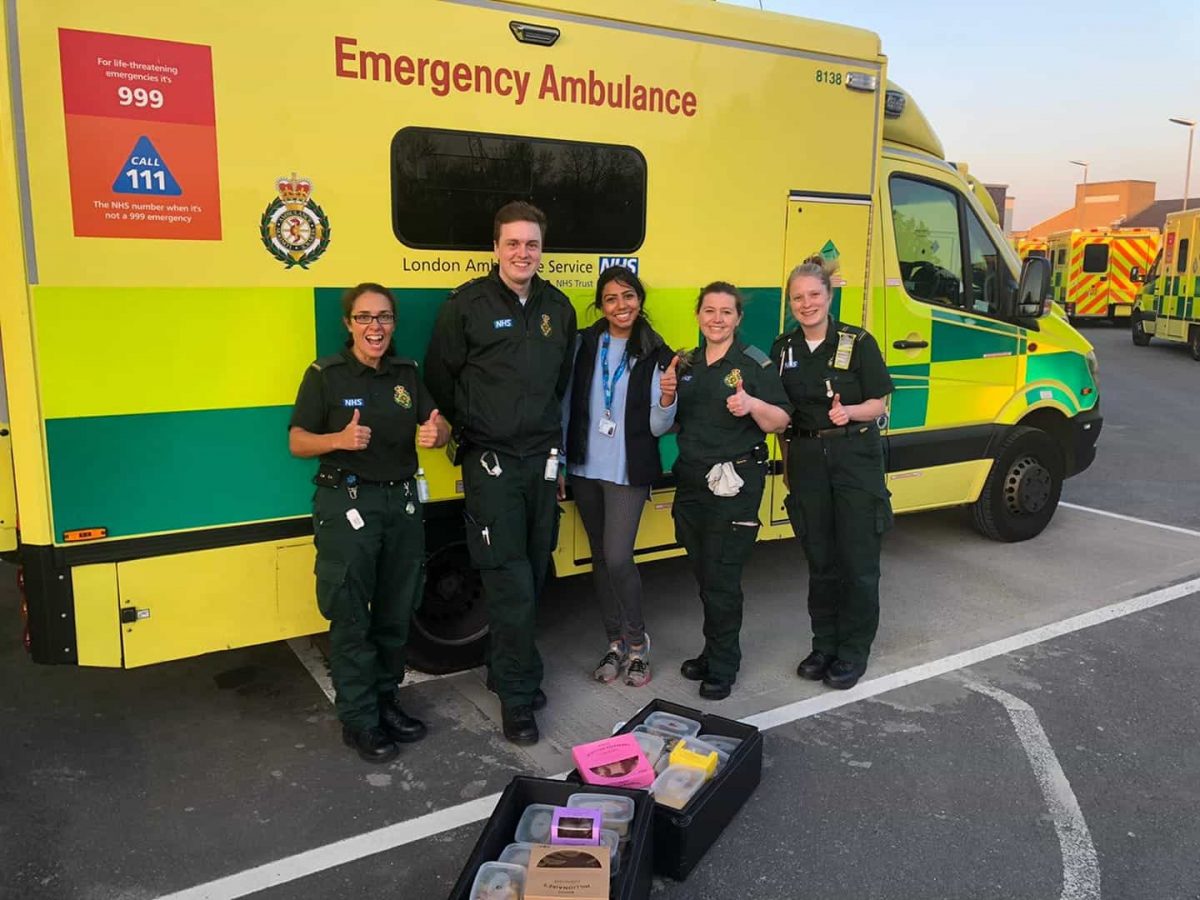 “I woke up on the 18th of March and I thought, ‘Leon you need to do in London what you did in Calais’,” explains Leon Aarts. In 2015, the chef and transformational speaker set up Calais Kitchens, an initiative to provide food and hot meals to all of the 9,000 people in the French port town’s refugee camp know as ‘The Jungle’. Five years later, his latest project, Compassion London, is an independent charity set up as an emergency response to Covid-19, working to combat hunger and food poverty in the capital.

Set up to support the government’s promise to help low-income families and those in need, Compassion London also strives to feed the vulnerable and key workers, run by a collection of trained chefs and volunteers. Launched just two weeks ago, the charity is already cooking and delivering thousands of meals every day (seven days a week) to vulnerable groups. Teams of volunteer delivery drivers are transporting freshly prepared meals to community centres, hostels, and various collection points across the city.

Compassion London is also working closely with Westminster Council to support vulnerable groups, including the homeless. While many rough sleepers have been accommodated in hotels, there are no food provisions. Compassion London have thus supplied a number of hotels with lunch and dinner, every day.

Since launching, news of the charity has spread mainly via word of mouth and social media, and the demand has been outstanding. “We see a large demand for meals for elderly, vulnerable and ill. Yet at the moment we don’t have the infrastructure for that. I am working on that with a delivery company as I believe we only see the tip of the iceberg and the problem will only get worse as time goes on,” explains Leon Aarts. “It’s heart-breaking not being able to help everyone.”

“It’s heart-breaking not being able to help everyone.”

Beginning his career as a chef, “by coincidence,” at 19 years-old, Leon Aarts has always worked in fine dining, in Holland, Belgium, London, and France. As well as owning a fine dining restaurant in Holland, Leon started a fine food wholesale business in London during 2001, as well as having started a charity called Fill The Cup, with the World Food Programme, in 2010, launching his new initiative, Supper Club Compassion, and famously setting up Calais Kitchens. Drawing on his experience from setting up Fill The Cup and Calais Kitchens, Leon discusses transferring his experiences to the current Covid-19 pandemic. “I know potential scale we are dealing with here and with the right infrastructure and support in place, we can become force in feeding those experiencing hardship.”

At present, the Compassion London team are preparing meals in the kitchens of The Yum Yum Food Company, leading specialists in nursery and school catering based in North London. Just two days after deciding to set up the charity, Leon found the kitchen after being introduced to The Yum Yum Food Company founder, Abigail Simon, through a mutual Facebook friend. “We started cooking a few hundred meals on the first day, growing with a couple of days to over 2,000 meals.”

Abigail Simon, says her kitchen premises has the capability of producing up to 5,000 meals a day, but the initiative relies on funding and support. “We can do this, but we can’t do it alone. Teams of volunteer chefs and delivery workers are working around the clock, but we need more help. Whilst we need more on-the-ground support to reach as many areas as possible, we are also reliant on donations. Getting a meal to someone in need costs about £2.50. One donation of just £10 enables us to feed a family of four. £100 will help us feed at least 40 children a hot delicious meal.”

Soon after setting up food production, City Harvest London became a key supplier to Compassion London, donating tonnes of fresh, nutritious ingredients. City Harvest London rescues quality surplus food from the hospitality industry and distributes to the vulnerable in a sustainable way, yet many of the 300 charities they deliver to have closed their doors, at least temporarily.

Annabel Karmel, a London-based children’s cookery author, whose children’s recipes are prepared by the Yum Yum Food Company, says she is “hugely concerned” about the undeniable impact of nursery, school and business closures on the most vulnerable families and individuals.  Together with Leon Aarts, Annabel Karmel is calling on the public to help play a prominent role in ensuring regular nutritious, hot meals are provided during this crisis. Key workers, particularly those working for the NHS, have also been deemed a priority by Compassion London.

“Hot school meals are a lifeline for children, and with so many families facing immediate food poverty, we need to act fast” says Annabel.

Leon adds: “Many key workers are also dedicating their lives right now to helping the sick and vulnerable, with no time or means of feeding themselves.  We need to fuel these individuals so that they can do their jobs effectively”.

While The Yum Yum Food Company kitchens are an ideal launch pad, Leon is desperately seeking a larger kitchen in hope of preparing an even greater number of meals, moving forwards. But what, exactly, would be ideal? “A large stadium,” Leon says. “Something with great infrastructure and lots of space so we can do tens of thousands of meals. We can do that collectively when any people start working together. Together we can feed the ones in London who need it. The vision is a community effort where we come together as one.”

With the quick turnaround in launching the temporary Nightingale Hospital at the ExCel, hopefully one of the city’s many stadiums or large arenas will step up to become involved in assisting Compassion London on their goal to feed as many vulnerable groups as possible.

Asked what’s the next goal for Compassion London – larger kitchen aside – Leon Aarts has a solid plan already in place: “Lining up a media campaign, delivery and supply companies, and having a good CRM system so we can truly feed tens of thousands of people collectively, in an organised way.”

To donate or support Compassion London, email compassionlondon01@gmail.com or visit the charity’s website.