Goose Island will release their 2019 Bourbon County Stout in the UK on Friday 29th November. 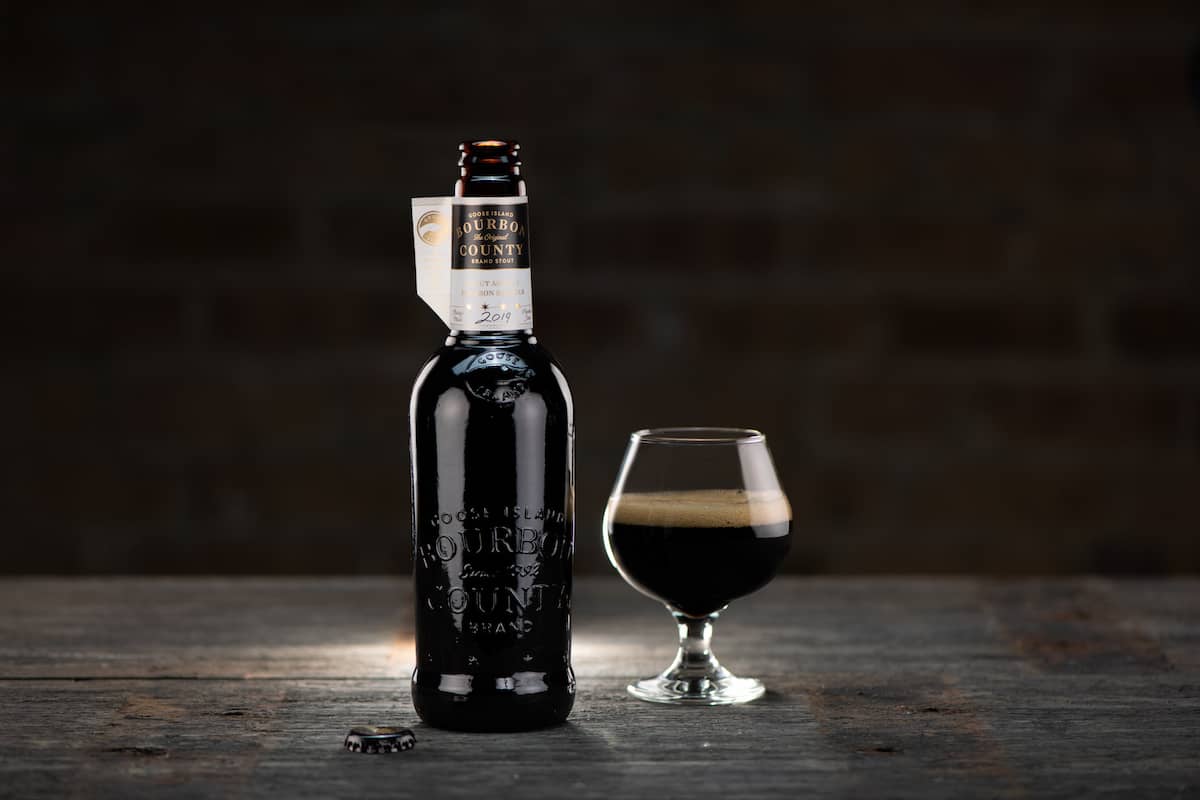 Chicago’s original craft beer company, Goose Island Beer Co. first launched in 1988. Pioneers of barrel-aged beer, the brewery has introduced a wide portfolio of beers to the UK since launching on this side of the Atlantic, including their core Goose IPA and Honkers Ale.

Following the colossal success of the brewery’s Bourbon County Stout, launched each year to coincide with Black Friday, Goose Island’s 2019 release is brewed with hops from Elk Mountain Farms in northwest Idaho. The liquid is then aged in a selection of ex-Bourbon barrels from Heaven Hill, Buffalo Trace and Wild Turkey, before being bottled at 15.2 per cent ABV.

The unique profile of Goose Island’s Bourbon County Stout is attributed to two key factors: the barrels, and the ageing process. Each year,  the Goose Island Chicago Brewery receives a different mix of freshly disposed bourbon barrels directly from distillery partners. The stout then takes on varied flavour profiles as dictated to by Chicago’s weather – the hot summers forces the liquid to expand deeper into the barrel whilst the cold winters contracts the beer out of the staves, bringing all the barrel has to offer with it. This year’s release is another, big, bold, decadent stout with unequivocal richness and plenty of complexity coaxed from the barrels. Huge vanilla notes are, of course, present alongside intense savours of cocoa, caramel and dried cherry, followed by some lingering suggestions of tobacco.

On Goose Island Bourbon County Stout, Andrew Walton, Head Brewer at The Goose Island Brewpub in London said: “The first time I tasted Bourbon County was straight out of the barrel touring the Goose Island Barrel Warehouse as a brewing student. It was like nothing I’d ever had before and has held a special place in my heart ever since. Each year brings subtle nuances and cracking open that first bottle is as exciting as it gets for a beer fan.”

Goose Island Beer Company will release their 2019 Bourbon County Stout in the UK on Friday 29th November, available to purchase from The Goose Island Brewpub, London from 08:30am.