His family said they wanted to end “painful speculation” about the star’s death. 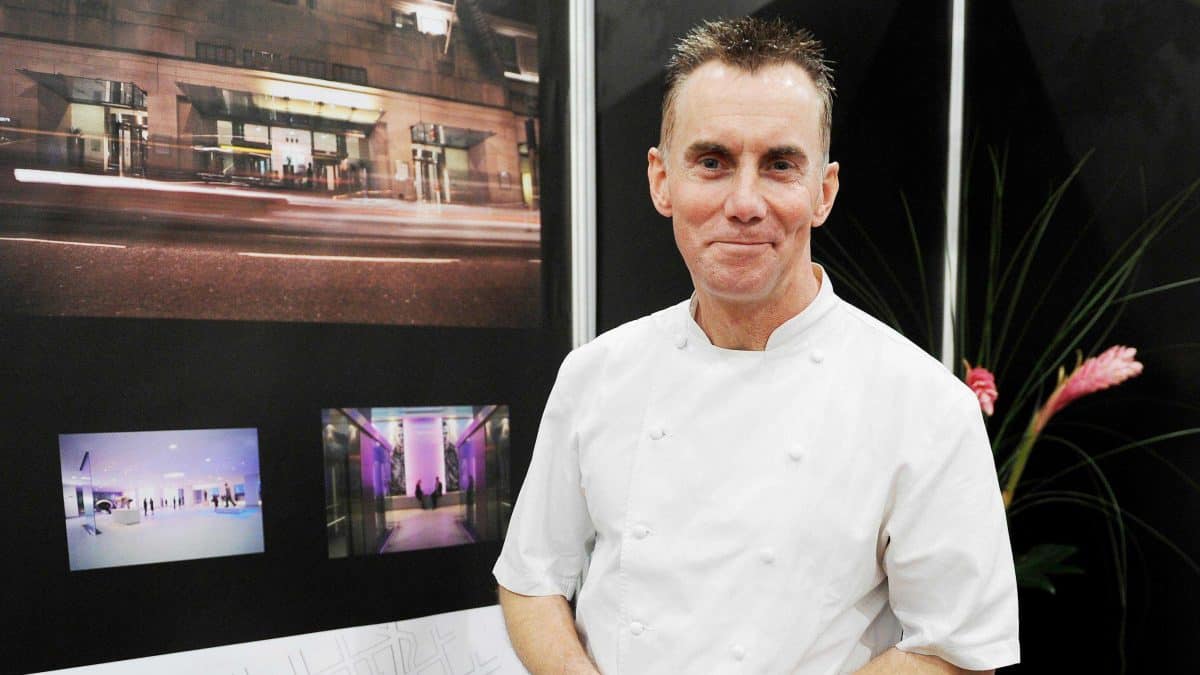 TV chef Gary Rhodes died from bleeding between the skull and the brain, a statement from his family has revealed.

His family said they wanted to end “painful speculation” about the star’s death, aged 59, in Dubai.

Rhodes was working on a new TV series when he died, on Tuesday, and returned home after filming in a “happy mood”.

He collapsed at home and was rushed to hospital.

Put an end to painful speculation

The family said in a statement: “In order to end painful speculation surrounding the sudden passing of our beloved Gary Rhodes, the Rhodes family can confirm that after a successful day shooting with Rock Oyster Media for ITV here in Dubai, Gary returned home in a very happy mood for a peaceful evening with his wife Jennie.

“After dinner, Gary unfortunately collapsed in their residence and was rushed to hospital but unfortunately passed away due to subdural hematoma.

“At this time, there are no other details and the family would again request privacy around this very tragic loss and again thank friends and family for their ongoing support at this time.”

Rhodes died from bleeding between the skull and the brain, usually caused by a head injury.

The spiky-haired TV chef was known to millions for shows like MasterChef, Ready Steady Cook and Hell’s Kitchen, and for putting British cuisine “on the world stage”.

Great British Bake Off star Leith told the PA news agency: “Gary was the first rock star of cooking, making it cool for boys to cook.”

Oliver initially posted, on Instagram, that Rhodes had died in a “tragic fall” before deleting the message.

He later wrote: “Sadly, chef Gary Rhodes passed away. My heartfelt sympathies to his wife, kids, friends and family, sending love and thoughts.

“Gary was a fantastic chef and incredible ambassador for British cooking, he was a massive inspiration to me as a young chef.

“He reimagined modern British cuisine with elegance and fun. Rest in peace Chef.”

Ramsay wrote on Twitter: “We lost a fantastic chef today in Gary Rhodes. He was a chef who put British cuisine on the map.”

Martin wrote: “Hugely influential in my life and the life of the British food scene. Gent and genius… RIP Gary, I can’t believe you’re gone.”

Harriott said that Rhodes “was the first to make cookery the new rock ‘n roll and will always remain a true icon for all of us”.

Tom Kerridge, formerly Rhodes’ sous chef, tweeted that Rhodes “is one of the greatest British chefs who almost single-handedly put British food on the world stage.”

Grosvenor House Dubai said the Michelin-starred chef, restaurateur and author was working “until the day he died”.

The father-of-two, who went to Dubai in 2007, was known as an ambassador for British cuisine and received Michelin stars.

He appeared on the Great British Menu and took part in Strictly Come Dancing in 2008.

Rock Oyster Media and Goldfinch TV said in a statement that they were “devastated”.

“Gary was in the middle of filming a wonderful new series with Rock Oyster Media for ITV from his base in Dubai,” they said.

“Gary was taken ill very suddenly at home during a break in filming and died a short time afterwards.

“Production was obviously halted as soon as Gary was taken ill and members of the Rock Oyster Team remain in Dubai to support the family as best they can.”

Rhodes was born in Dulwich, south-east London and began cooking for his family at the age of 13, when his mother returned to work as a secretary.

He left school at 16 to go to catering college.

A van accident put him in a coma and initially affected his sense of smell.

He received an OBE in 2006 for services to the hospitality industry, something he described as “just unbelievable” and even had “the edge” over a Michelin star.

One of his first TV series was Rhodes Around Britain.


“Gary you will always be by my side“

The chef’s brother Chris Rhodes tweeted that he had “not only lost a brother but a best friend too.

“Gary you will always be by my side, in my thoughts but most of all in my heart,” he wrote.

“The times I have spent with you have been some of the most special of my life. Rest in Peace beloved man – love you always.”

Related: Model railway rebuilt after it was destroyed by vandals thanks to generous donations