“Great if you enjoy a sweet, cloying rush that will make you feel like your oesophagus is on fire, without causing any permanent damage.” 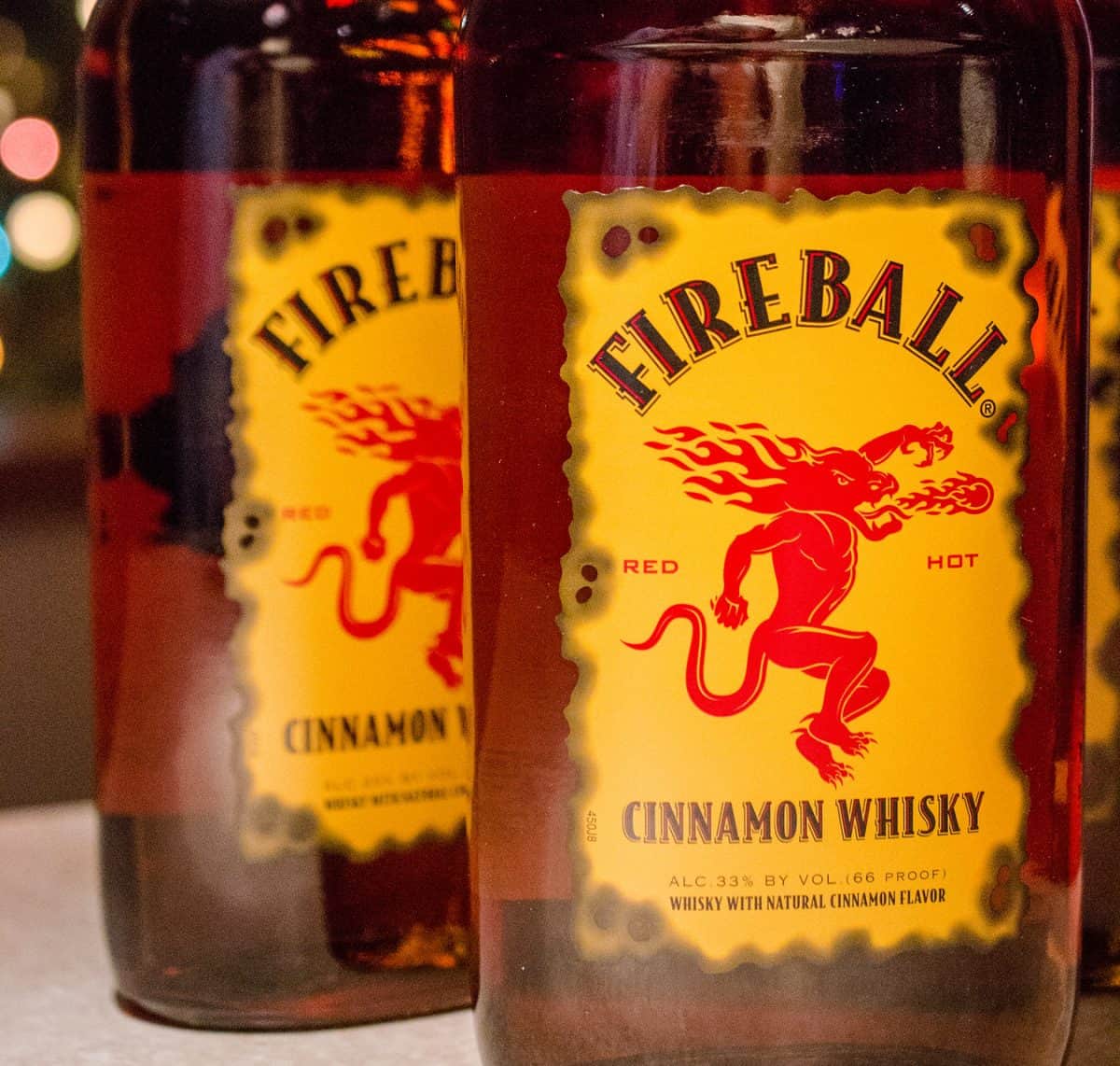 Few people in London grew up like I did, saving their pocket money to purchase paper boxes of candy from Skagg’s supermarket (yes, really) in the glorious, sprawling suburb that is Salt Lake City, Utah. My all-time favourites were Original Red Hots: chewy cinnamon-flavoured balls that burnt your throat as they went down.

Imagine my thrill when, decades later, I was in Sainsbury’s and stumbled upon a bottle of Fireball peeking coquettishly out at me from behind a shelf of real whiskies like Laphroaig and Lagavulin. Intrigued by the idea of cinnamon whisky and the relative lower price (£18 for a 70 cl bottle), I took the baby home and was immediately transported back to my childhood, as each swig tasted like a mouthful of melted Red Hots.

Fireball’s slogan is “tastes like heaven, burns like hell”, and just one sip will show you why. Not everyone likes it – the website Delish describes it as “Big Red gum soaked in pee…the thought of sipping this syrupy mess is enough to make you gag and start dry-heaving”. But even though it’s Canadian and doesn’t really qualify as whisky because it’s only 66 percent proof (that’s 33 percent alcohol), it’s become my favourite go-to Zoom cocktail party drink.

If you don’t mind a lingering hangover, Fireball is great if you enjoy a sweet, cloying rush that will make you feel like your oesophagus is on fire, without causing any permanent damage. Be wary of the fact that the “cinnamon-flavoured sweeteners” – the other ingredients in the tantalising bottle with a red dragon on the label are secret – can make that hangover worse.

But don’t just take my word for it. “The fiery burn helps me forget the world is burning down around me,” says London-based marketing manager, Shruti Desai, 38, who is originally from Minneapolis. “As long as you put it in your mouth and not your eyes you’ll be fine. I drink it to atone for my sins.”

Fireball is a classy drink, which is perhaps why it’s often sold in a plastic container in classy American joints such as Walmart. It can also be used as a multi-purpose cooking ingredient. Add it to normally tame dishes like meatballs, fondue and glazed chicken to give them an added kick. Or impress your friends with your knowledge of Canadian cocktails by making your own cinnamon-infused specialities such as Fireball Sangria, Poison Apple Cocktails and Pumpkin Pie Pudding Shots.

Delish calls it an “embarrassment to alcohol”, and indeed, Fireball was once banned in Finland, Sweden and Norway for containing more than the admissible amount of propylene glycol – a fun addition which is a major component of anti-freeze. But in 2018 its makers, Sazerac, changed the recipe to remove the offending ingredient.

With the ban lifted, Fireball has now beat Jägermeister to become the top-selling liqueur in the U.S. While purists say it’s only popular amongst the red Solo-cup shot-drinking fraternity crowds, not all its fans (me!) fit into that category. It must be doing something right.