These restaurants suggest Farringdon is the meat-eating capital of London (if not the entire United Kingdom).” By the 1870s, Smithfield Market had become internationally renowned as the premier meat market it remains today. Housed within a vast, cathedral-like structure opposite St Bart’s Hospital, the market’s building was officially opened in 1868, designed by Architect Sir […] 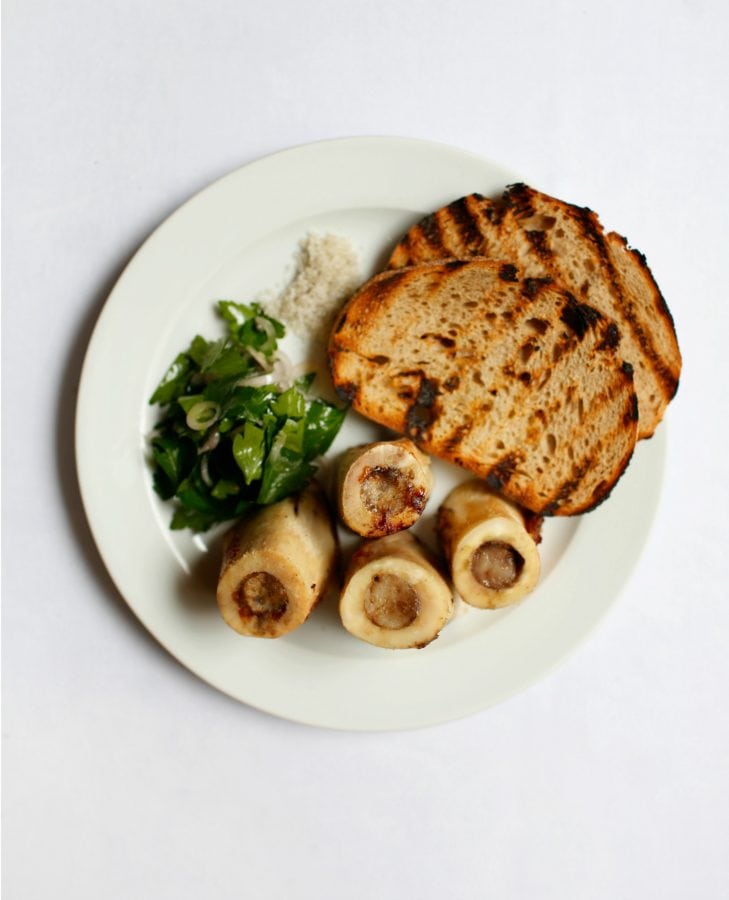 These restaurants suggest Farringdon is the meat-eating capital of London (if not the entire United Kingdom).”

By the 1870s, Smithfield Market had become internationally renowned as the premier meat market it remains today. Housed within a vast, cathedral-like structure opposite St Bart’s Hospital, the market’s building was officially opened in 1868, designed by Architect Sir Horace Jones (also responsible for Tower Bridge, Billingsgate and Leadenhall Markets).

150 years later, Smithfield Market still thrives and is surrounded by a wealth of brilliant restaurants with prominent focus on serving high quality meat. From Michelin-starred nose-to-tail fine dining to unpretentious steakhouses and a Victorian Chop House: these restaurants suggest Farringdon is the meat-eating capital of London (if not the entire United Kingdom).

Just across the road from Smithfield Market, St. JOHN has been instrumental in championing nose-to-tail dining for almost 25 years. Fergus Henderson’s Michelin-starred restaurant serves a daily-changing menu that’s unashamedly British, with prominent focus on showcasing offal and lesser-loved cuts of meat, with the famous Roasted Bone Marrow Salad the only dish to have remained on the menu since opening. Four centre-cut veal bones are roasted and simply accompanied by grilled sourdough toast and fresh parsley salad. Other menu highlights might include pig’s head and potato pie; devilled kidneys or ox heart and chips. The restaurant’s own wines (the St. JOHN Languedoc Rouge in particular) are also worth sampling.

Further information on St. JOHN can be found here. Further information on Macellaio RC can be found here.

Chef and Food Writer Mark Hix’s first solo restaurant, HIX Oyster and Chop House opened in 2008, between Farringdon Station and Smithfield Market. A relaxed space, HIX Oyster and Chop House showcases the chef’s quintessentially British cooking style, with a regularly changing menu. Plenty of oysters (both rock and native) are available to sample, plus various steaks and signature dishes such as Beef flank and Hix Oyster Ale pie, with or without oysters; or Moyallon bacon chop sourced from Hannan Meats in Northern Ireland, aged for 10 days in a sugar pit.

Further information on HIX Oyster and Chop House can be found here. At this South African restaurant, the braai is the main focus. Set on the ground floor, burning all day and visible to diners, Hammer & Tongs’ open braai – fuelled by sickle bush logs – champions a style of cooking over wood. Here, the menu comprises of food that’s reflective of colonists that have moved through South Africa, leaving their mark with unusual spices and flavours. Smoked for 24 hours, braised for a further six, then rubbed with 15 spices before being finished on the braii, the restaurant’s Braai’s Lamb Ribs are an absolute must try.

Further information on Hammer & Tongs can be found here.

HIRING: Barman/assistant head of wine. If you like this view, you will love working behind our bar. Get in touch if you’re keen to hear more. Email us or just write a comment below the post and we’ll be in touch…

Established in 1869, The Quality Chop House is one of London’s oldest surviving restaurants. Reopened in 2012, the heritage Grade-II listed Victorian premises has two dining rooms and focuses on serving modern dishes using high quality British produce. As the name suggests, The Quality Chop House always serves a menu with at least one chop, “or a steak or something similar” – according to the restaurant’s website. All meat is sourced from small farms and butchered on-site, while the affiliated shop sells various treats to take home, including chef-cooked dishes featured on the restaurant menu.

Further information on The Quality Chop House can be found here.