On the whole I rather enjoyed my writing career. I phrase that in the past tense as there are only two possible outcomes after sending in this commentary: my editor at The London Economic responds with purple-faced rage at my effrontery in assuming that this publication would ever under any circumstances consider publishing such a […]

by Hubert O'Hearn
in Food and Drink 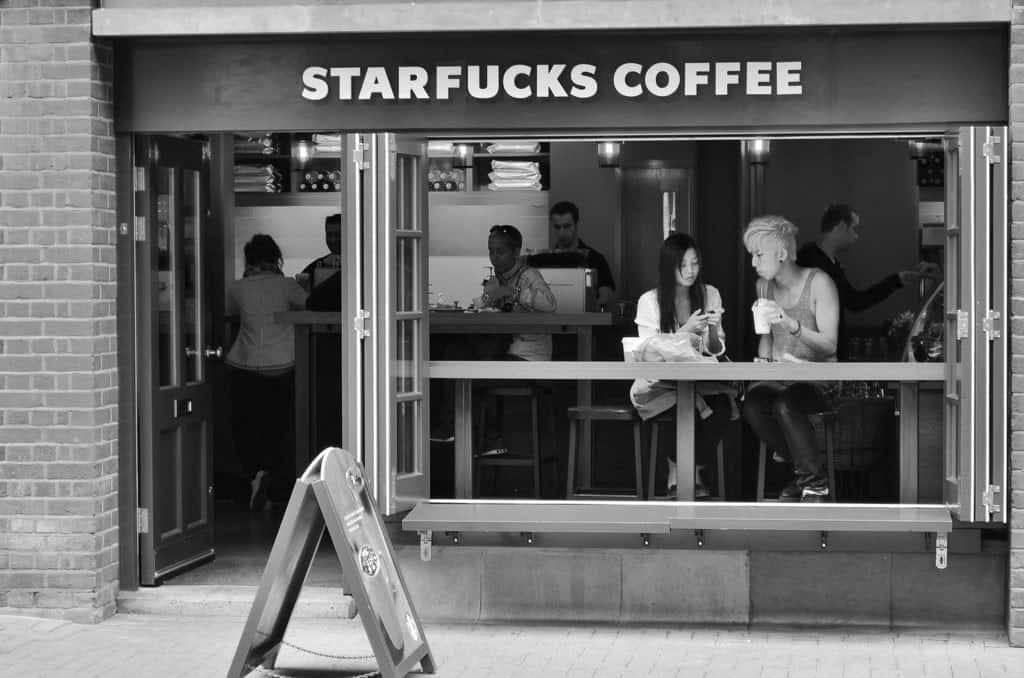 On the whole I rather enjoyed my writing career. I phrase that in the past tense as there are only two possible outcomes after sending in this commentary: my editor at The London Economic responds with purple-faced rage at my effrontery in assuming that this publication would ever under any circumstances consider publishing such a naked paean to paid sexual services, to which I would answer mischievously, ‘I don’t think they’re naked.’ And that would be the end of that. Banned for life. (Outcome two is that this makes my name, I become a go to pundit for droll commentary, even becoming a judge on some Channel Five competition of highly dubious merit.) Well, as every gambler has decided, you pays your money you takes your chances. So let’s talk about having a blowjob with your coffee. Oh dear, you just dropped your cup.

All of this was announced in late 2016 by one Bradley Chavet, spokesperson for a company called Facegirl. Yes, I said Facegirl. Clearly the company has quite the belief in short marketing meetings that are slim on the whiteboards and brain-storming sessions as both the name of the company and its project state the obvious. I’m willing to bet they Googled the name StarF*cks, found it was already in use, and called it a day with the next option anyone suggested. Then again, Chavet is a man for whom timing is everything. As he said to Le Matin, ‘In five or ten minutes it’s all over.’ Oh really? Not where I come from, buster. Perhaps anticipating such customer dissatisfaction – just imagine the TripAdvisor reviews – Charvet told The Evening Standard, before George Osborne became editor, that those customers who needed the time for their coffee to cool would pay an extra tenner for every quarter hour over a fifteen minute limit. Somehow I imagine a barista looking suspiciously like Mark Clattenburg signalling a fourth official to hold up a board indicating the customer had entered Fergie Time. (Legal note – this is not meant to imply that Sir Alex Ferguson in any way endorses this business idea. Write your own joke but keep it to yourself.)

Now, as one might well expect and to be serious about all this for at least one paragraph, naturally there has been no small issue of protest. Prostitution, whether it is licensed as in Switzerland or tolerated as in the UK (although pimping or operating a brothel are both still illegal in our modest land) is no one’s idea of a career path worth aspiring towards. The objectification of women as sex objects created by a laddish God for the pleasure of men is a view I have railed against for years. Westminster City Council is having none of it for just that reason.

But, you know, what about robots? Oh yes, our clever M. Charvet has that angle covered; as would in fact the robots. In yet another press interview, this one with the website The Local.ch Charvet suggested that Facegirl was looking into an American firm that manufactures robot-like women for $1800-3000 each. I have my doubts about this. After all, didn’t we just have an election where robot-like women (Snip! – that Legal department again)?

To be perfectly frank, I really cannot see this idea being licensed anytime soon on any boulevard in Geneva or London. The combination of elevenses, Paddington and a pleasant companion is supposed to bring to mind hot chocolate, a bear, marmalade sandwiches and Mr Gruber; not foamed latte, dry cleaning bills and Haughty Felice.

At the last, while deciding whether or not to even write about all this, I asked a politically active avowed feminist in the Netherlands her opinion. She answered, ‘I don’t know, I think I still prefer it the Italian way, with a little glass of water.’