Take a look at the loaf of bread you have lying in your cupboard and count how many ingredients there are in it. Typically a standard loaf of bread should contain six ingredients – flour, butter, yeast, salt, sugar and water. But most supermarket-bought loafs contain way more. Warburtons white bread, medium sliced, contains flour (with Calcium, Iron, […] 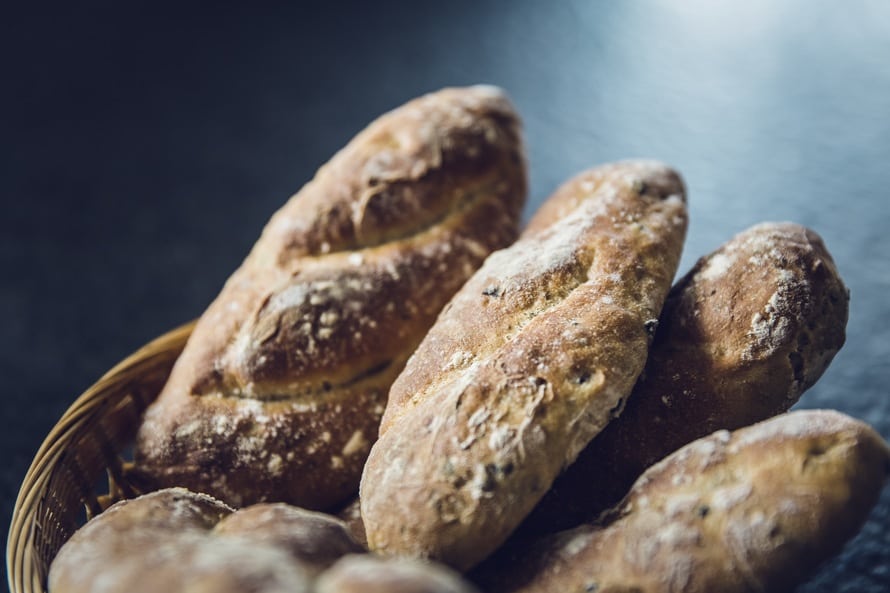 Take a look at the loaf of bread you have lying in your cupboard and count how many ingredients there are in it.

And it’s largely because in order to live on a supermarket shelf – it has to.

According to new research Brits are consuming a whopping 121 different ingredients every single day – three times more than what we think we are in fact eating.

The poll of 2,000 adults revealed that the average Brit believes they eat just 37 separate ingredients a day.

Over breakfast, lunch, dinner and two snacks, adults will take in on average 84 more ingredients than they thought were on their plate.

Nearly eight in ten confessed that they never stop to consider what ingredients are in their food and drinks before consuming them and how many e-numbers and additives are contained in seemingly ‘normal’ foods.

The survey was conducted by Ryvita, whose nutritionist Rob Hobson said: “Our research found that each day, we consume far more ingredients than we think.

“Most people think that the food they eat is much more simple and pure than it actually is. I would urge shoppers to look at the labels on their food so they are aware what ingredients they are consuming.” Cornflakes were crowned the most popular breakfast choice, containing 13 ingredients such as maize, sugar, salt and multiple additives.

Snack fans might think twice when reaching for the biscuit tin, as chocolate digestives can have 24 ingredients or more, including soya lecithin, flavourings and E476.

One in five respondents confessed to glugging down a glass or more of fruit squash a day, taking in sweeteners like acesulfame K and artificial colourings.

Three quarters of respondents unveiled they have no idea what the maximum amount of salt they should consume each day is.

A staggering 85 per cent of respondents have no idea the maximum amount of sugar they should consume each day, with the majority guessing that they should have 10 grams less than the recommended guidelines.

Nearly nine in 10 respondents believe that ingredients, salt and fat content should be labelled more clearly on food packaging to clear up some of the dietary confusion.

Rob Hobson added, “By either making things from scratch or becoming savvier in the supermarket by reading labels, we can understand what we are consuming and help manage our RDA for things such as salt, sugar and saturated fat.

“For a nutritious lunch, why not make a delicious beetroot hummus that is rich in iron and ladle it on top of a fibre-packed Ryvita Dark Rye Crispbrea made of three simple ingredients: rye, water and salt.”