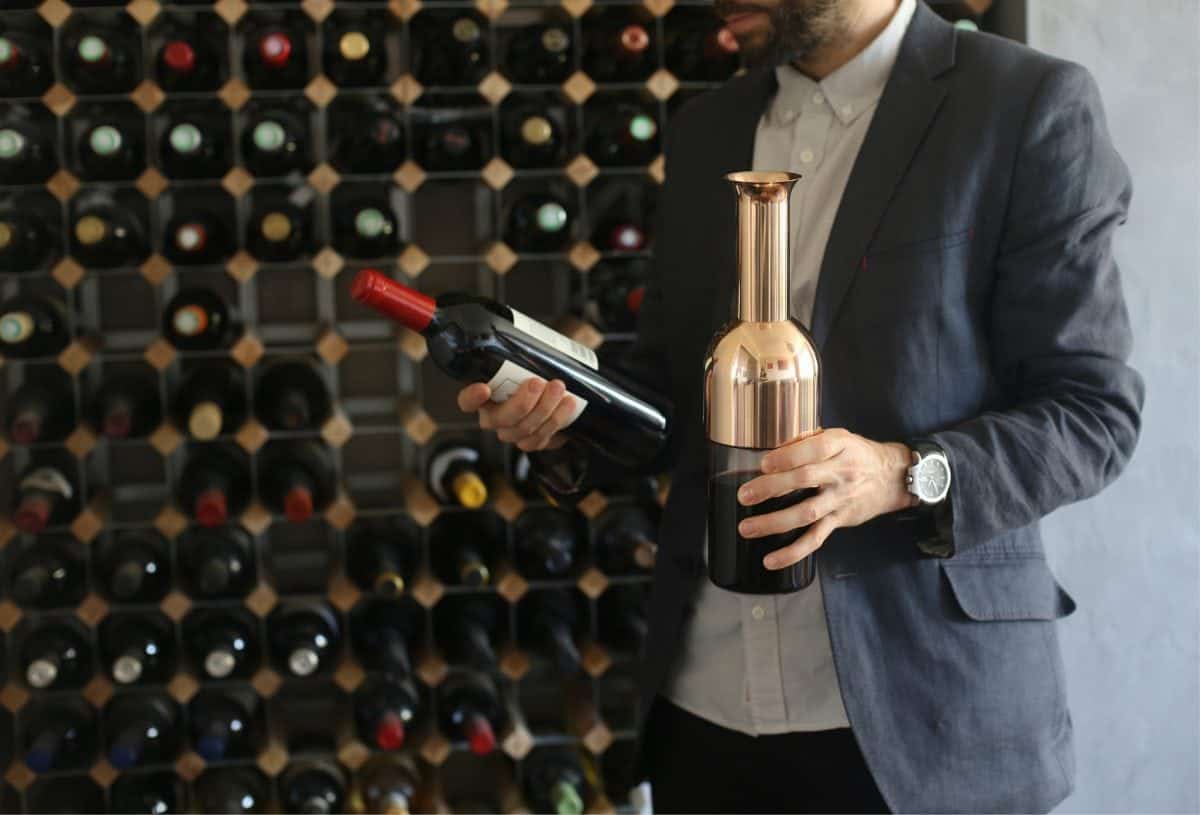 A decanter which promises to keep open wine fresh for nearly two WEEKS has reached three times its fundraising target on Kickstarter.

The ‘eto’ device uses a patented design to completely eliminate air in the decanter as it is sealed.

This prevents oxidation and can therefore keep open wine fresh for up to 12 days, according to its British designer Tom Cotton, 43.

The inventor launched a Kickstarter campaign earlier this month to raise £55,000 to put the decanter into production.

But that target was smashed within 32 hours and more than 1,600 armchair investors have now pledged a total of £174,919.

The eto has won critical acclaim from experts who were unable to detect a wine which had been opened seven days earlier in blind taste tests. 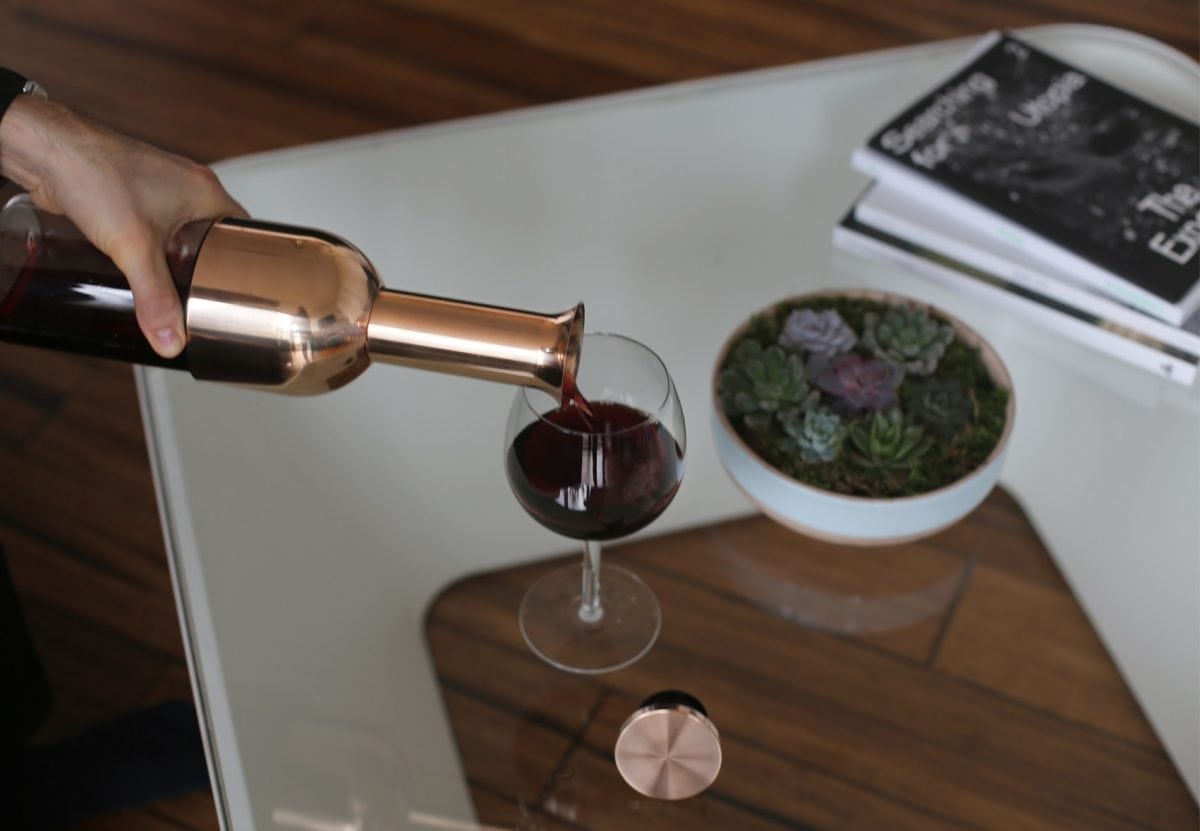 Mr Cotton started work on the design several years ago after a friend highlighted the method – common amongst wine experts – of transferring leftover wine into a smaller container to minimise air contact.

After experimenting, he discovered the method of reducing air exposure to be highly effective and started work on a marketable product.

He patented the design in 2012 and made over 60 prototype models after being awarded an Innovate UK government grant.

The result is the eto, a sleek decanter with a built-in airtight seal which will retail at up to £89 when it hits the shelves.

Welsh-born Mr Cotton, who now lives in Wimbledon, west London, said: “Five years on, we have a product that really works.

“eto looks beautiful, preserves wine brilliantly and is exceptionally easy to use, store and maintain.

“We use only the highest quality materials to ensure eto is effective, elegant and durable in the long term.”

It is estimated the average UK household pours away two glasses of wine a week or 624 million bottles a year.

The eto consists of a glass container with a pouring spout that houses a removable valve that is pushed down onto the remaining wine.

This forms an airtight seal around any remaining liquid in the bottle – thus eliminating the oxidation which causes wine to deteriorate.

He said: “On the seventh day … for me, the results were unanimous: there was no perceptible difference between a freshly opened bottle and the eto-stored sample” 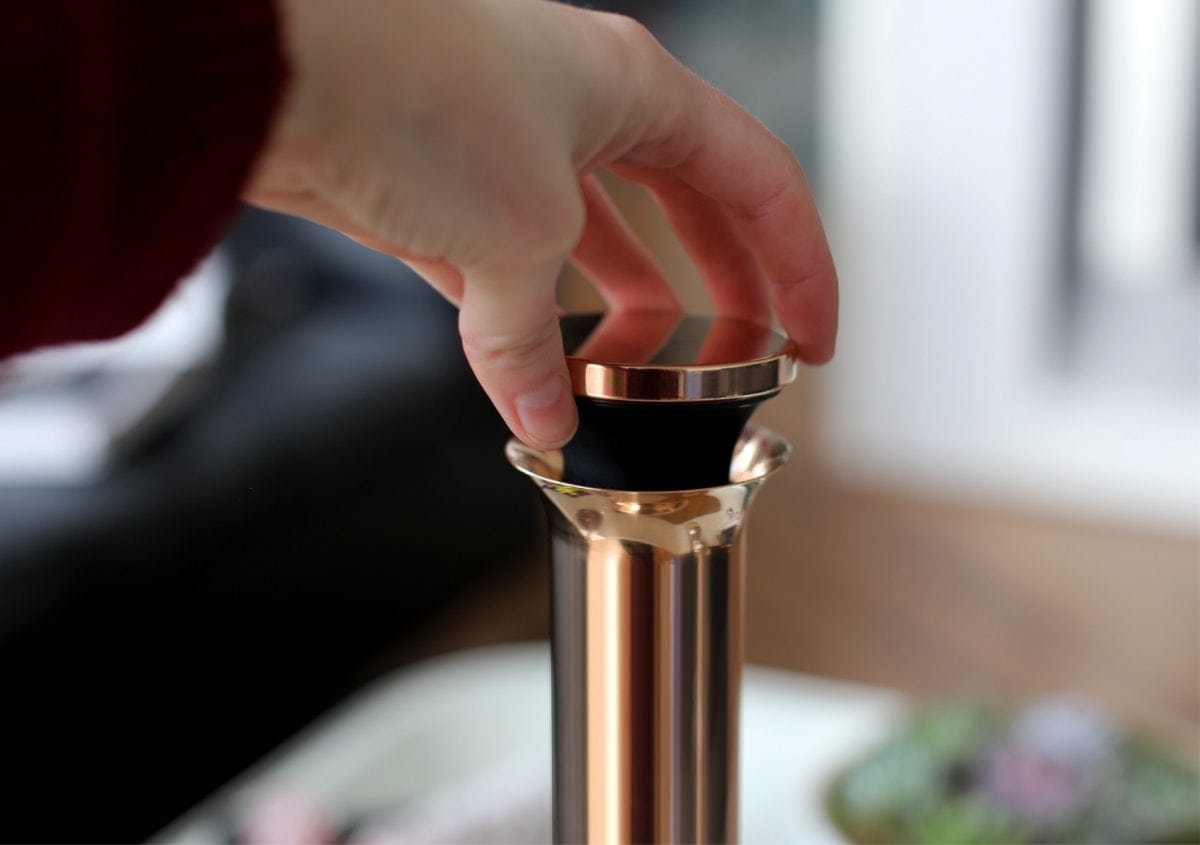 After taking part in a similar blind taste test, Tom Harrow, Wine Director at Honest Grapes, said: “A wine which had been decanted (into eto) seven days beforehand tasted every bit as fresh as a wine which had come from a recently opened bottle.

“But it also had the added benefits of decanting, in that the wine was breathing … it was opening up … it tasted absolutely delicious.”

The Kickstarter campaign runs until July 6. All the backers will receive the first eto decanters off the production line at a discounted price.

After taking in feedback, it will then move to full production with a planned retail price of £79 for a stainless steel model and £89 for copper.

Mr Cotton said: “With regard to plans for the future, our first priority is the production of eto and were looking forward to getting feedback on how it performs with all different wine types,”

Full details can be found at: https://www.kickstarter.com/projects/etowine/eto-a-beautiful-innovation-in-wine-preservation?token=ec79b024