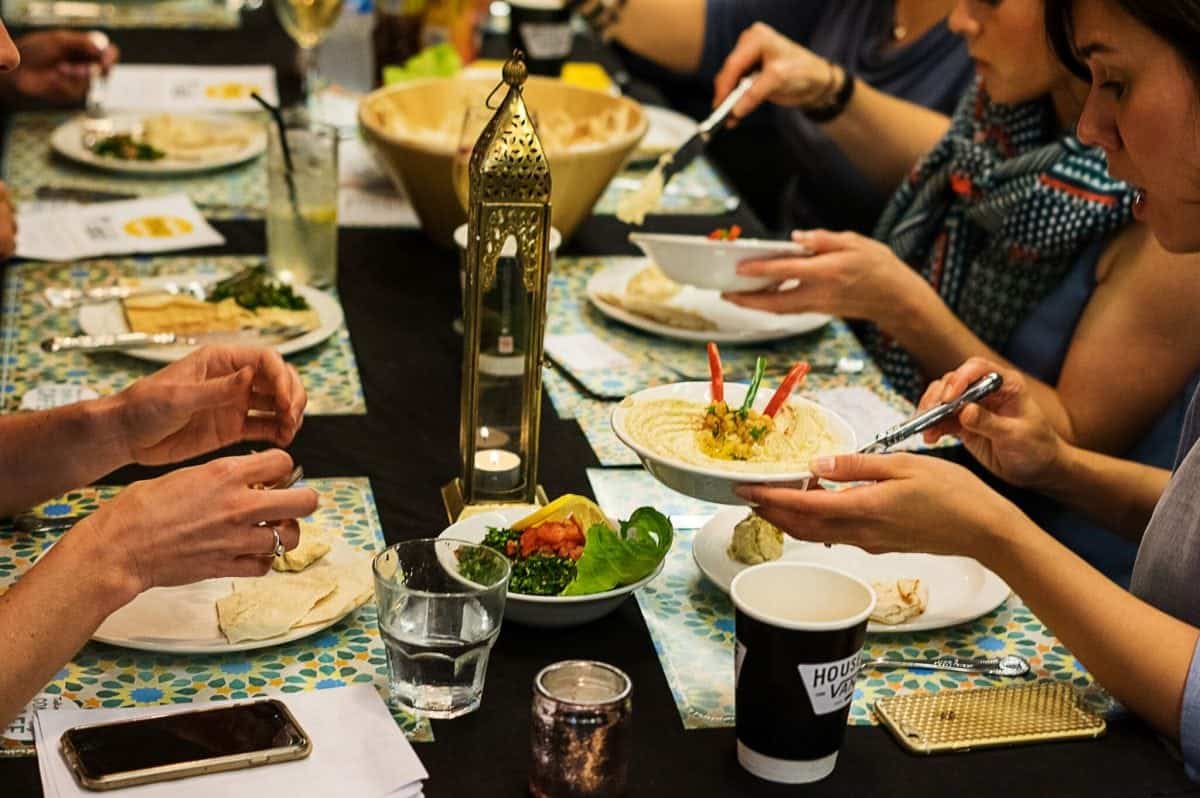 Established by International Alert in 2014, Conflict Café has since highlighted cuisines and conflicts from Lebanon to Colombia, aiming to celebrate the power of food as an instrument to break barriers and encourage strangers to communicate. This year, at Conflict Café Syria, the kitchen will be lead by Syrian chefs from West London restaurant Ayam Saman – hoping to serve “peace through food”. Specialising in Damascene cuisine, the restaurant’s chefs will take over the underground tunnels of House of Vans, beneath Waterloo Station.

Ayam Zaman co-owner Abdul Akak, from Hama in Syria, and Haitham Yassin, originally from Damascus, will serve a three course menu of nine traditional Syrian dishes, including a main course of fattet makdous – stuffed aubergine in a warm yoghurt sauce, typical of the Damascus region. Conflict Café Syria diners will also be seated at communal tables, encouraged to ‘break bread’ with strangers and explore traditional cultures, ultimately sharing food and interacting with one another.

Speaking on the pop-up, Conflict Café Syria chef Haitham Yassin says: “Throughout the Arab world, food plays a role in resolving conflicts. When two families or tribes are in conflict, another family will act as a peacemaker, bringing them together, and serving food and coffee as part of helping to resolve their disagreements.”

Conflict Café Syria will be at House of Vans London from Thursday 21st – Saturday 23rd September from 19:00. Tickets are priced at £40 and available from grubclub.com.