A charming harbour-side hotel with a restaurant serving an impressive menu rooted in seafood. 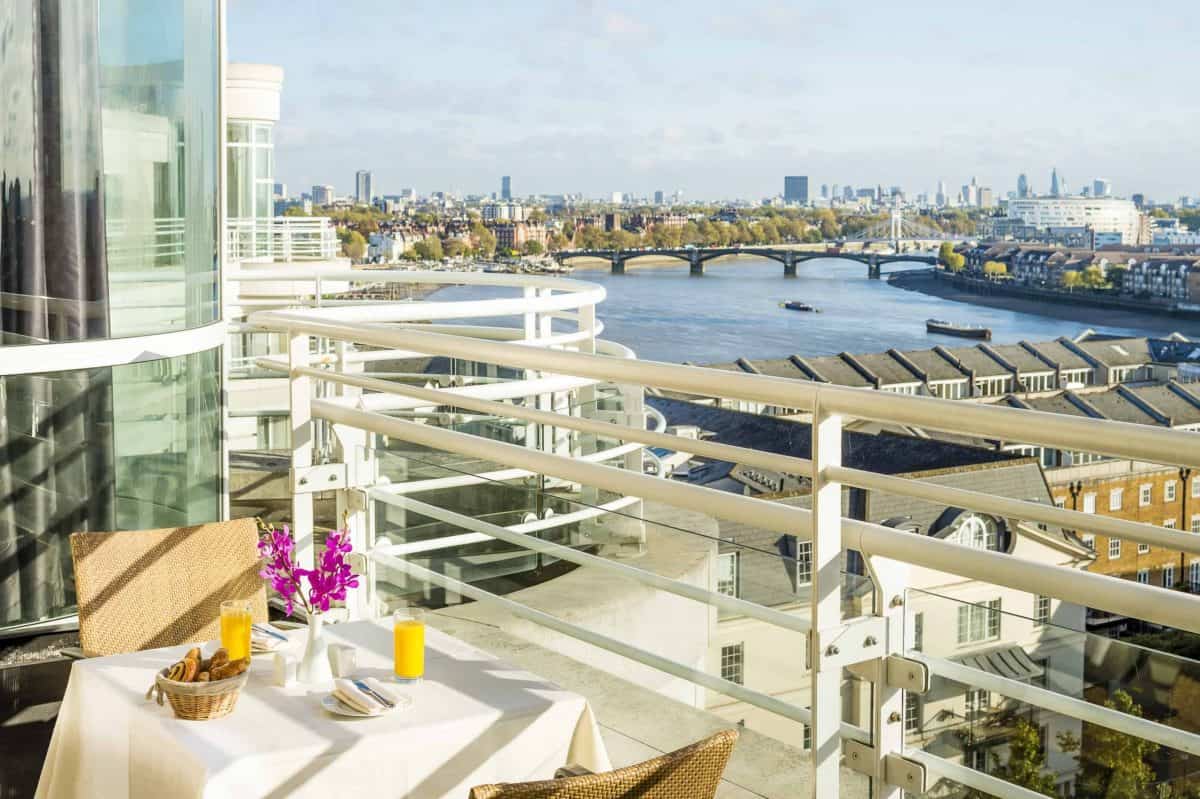 In a city like London, secret spots are hard to find.

But gazing out at boats bobbing in a wintry harbour, surrounded by elegant white facades, the unfamiliar scene makes me feel like I’m somewhere far more exotic. Judging by the view from the Chelsea Harbour Hotel’s brasserie, you’d think you were in a cross between Cape Cod and Monte Carlo.

Yet this harbourside hideaway has a big reputation. It’s one of London’s top 100 hotels; it’s an all-suite hotel; and it’s one of very few to boast unobstructed views of the Thames. And the water makes for more than just a nice view: it also inspires what’s on the plate. At Chelsea Harbour Hotel’s Brasserie, a new Coast to Coast menu uniting both sea and land, like the harbour itself.

Finding the hotel is a rewarding experience in itself. On a frosty December evening, with the stars glowing, we prowl through pretty little streets, punctuated by glittering channels of water and yachts bobbing in the moonlight. The streets are so silent it’s hard to believe you’re in the centre of London. Round a bend we go, and there, in the quiet winter darkness, emerges the Chelsea Harbour Hotel, illuminated like a flagship galleon against the marina. A doorman in a top hat is the only other soul. It’s a bit like being in a fairytale.

Step inside, and the warmth and splendour of the hotel envelops you. Checking in is a breeze, so quick we barely notice, and then we’re swanning through lustrous hallways on plush carpet to the Riverside Brasserie. Our table overlooks the marina, where the boats nod and jostle like old friends.

Oysters appear, and we’re smitten. Each one is like a sea-sourced wine, a mouthful that plunges your senses deep into salty water, a burst of sunshine and sea that lingers and soothes. Memories of childhood holidays on the beach flood back as that lemony tang fades from your palette like a sunset.

These are Morecambe Bay rock oysters, and like the rest of the menu they’ve been sourced by head chef Steve Tonkin. My partner enjoys fat, juicy Lyme Bay scallops, ably assisted by a Pinot Grigio. There’s something special about enjoying fresh seafood while gazing at a wavelets of a harbour. Again, that holiday feeling washes over you. Even the crockery, with its alluring blackened fringes, are reminiscent of rock pools and coastlines.

The sea arrives in another incarnation: pan-fried sea bass for my partner, and monkfish brochettes with pancetta for me. Crisp, caramel coloured patchwork yields deliciously tender sea bass; meanwhile, on my plate, the little skewers of fish and pork balance savoury meat with refreshing fish perfectly. The table goes silent as we savour each mouthful. The boats continue to nod, as though agreeing with our enjoyment.

After that, something sweet. Valrhona steamed chocolate pudding, with sea buckthorn custard and a sprinkling of cranberries, does the trick. It’s hot and gooey and comforting, as the final treat of a good winter’s meal should be.

Outside the wind whips the flags on the mastheads. Some of the yachts even have Christmas lights, strewn from hull to stern as if these boats were backyard ornaments.

Upstairs, our room couldn’t be cosier. Like the rest of the rooms at the Chelsea Harbour Hotel, ours is a suite. There’s a living room, with buttery yellow walls and a comfy sofa. Through to the bedroom, and a luxuriously soft bed is flanked by an en suite with both a bath and a shower, and a vast window overlooking the harbour on the other. And if you want to get closer to those boats, there’s even a balcony.

I step outside in the night-time chill, watching the flags flap in the amber lights. The silence feels total, even mysterious. And it feels even more magical when you remember that, for all the silence and speedboats, we’re still in London.

Book your stay at the Chelsea Harbour Hotel from £176. The Coast to Coast Menu is available at Riverside Brasserie.