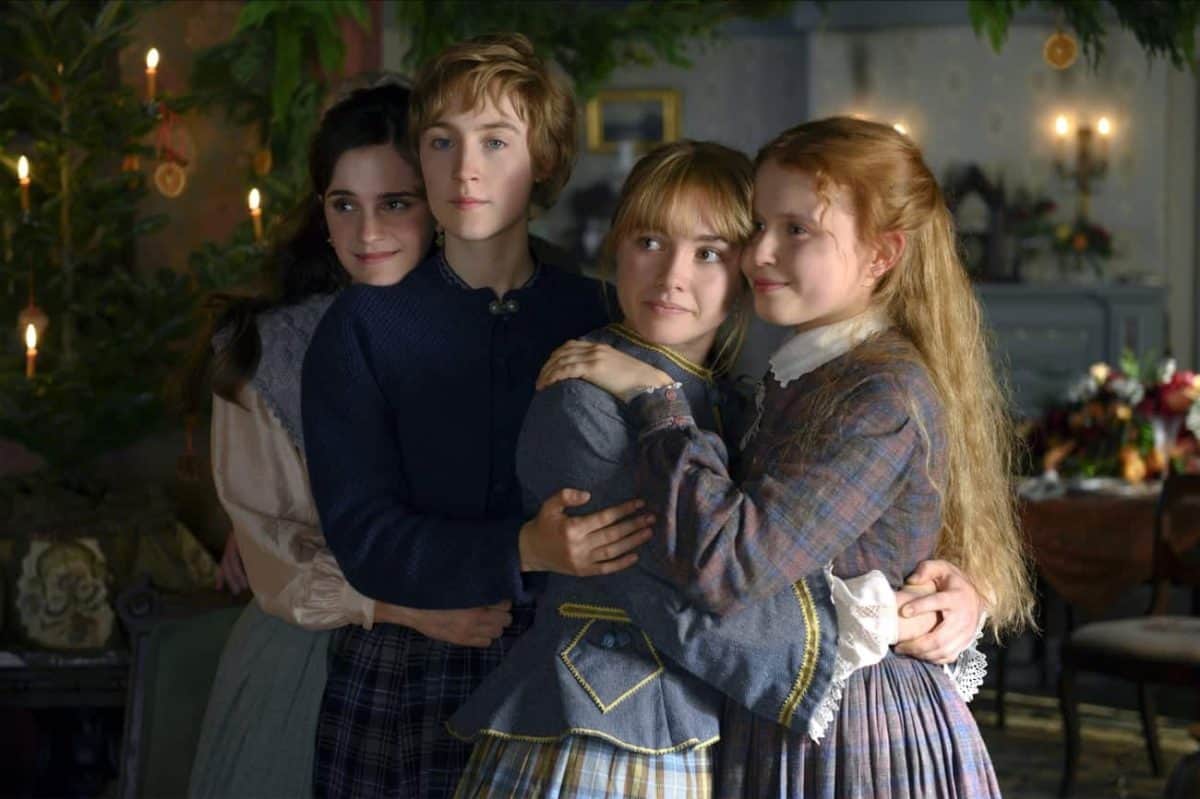 Louisa May Alcott’s lasting novel has been brought to the screen by Greta Gerwig, who skilfully transfers that Lady Bird angst to an American Civil War setting.

Gerwig regular Saoirse Ronan plays Jo March, the oldest of four sisters. The family home is feeling the absence of the father who has left for the war to fight for the Union, though keeping the family together is the loving mother (Laura Dern), and causing friction is the presence of local rich boy Laurie (Timothée Chalamet).

There are many strands to follow in Little Women, and a drawback of the film is the chopping up of the chronology. As someone unfamiliar with the source material it was only as the film came to a conclusion I was more able to piece it all together. The necessity of this choice by Gerwig, who both directed and wrote the screenplay, I am still internally debating.

The costume design and cinematography is captivating throughout, equally as effective for the balls Meg March (Emma Watson) is so enraptured by and the boarding house in which Jo anxiously writes her novels. It is especially effective in the carefully rendered Paris sequences, in which Florence Pugh shines in arguably the best performance amongst the sisters.

It is rare that the fundamental sweetness of the film threatens to drown the film in a sugary ennui, and it is clear that Gerwig is juggling time as a means to balance this tone. Early scenes of the girls can tire for a lack of conflict, though as the March’s get older the divides become clearer and engaging.

Arguably the standout performer is none of the little women at all, but Chalamet as Laurie. He is at turns both taciturn and heartfelt, optimisitic yet already bitter. A young man like so many hiding a deep pain behind a great exuberance.

Semi-autobiograhpical in tone, the key theme of the film is the injustices women must face in the nineteenth century and still today. This is something this could seem overly weighty in less deft hands than Gerwig’s, yet the bitter acknowledgements of these facts works in conjunction with the contuining hopes and dreams of the Marches.

At my screening it was roughly fifty women in the audience to three men including myself. The masculine side of the world may be missing out on Little Women, a joyous and unique tale.