A round, opulent vintage with high minerality and pleasant bitterness. 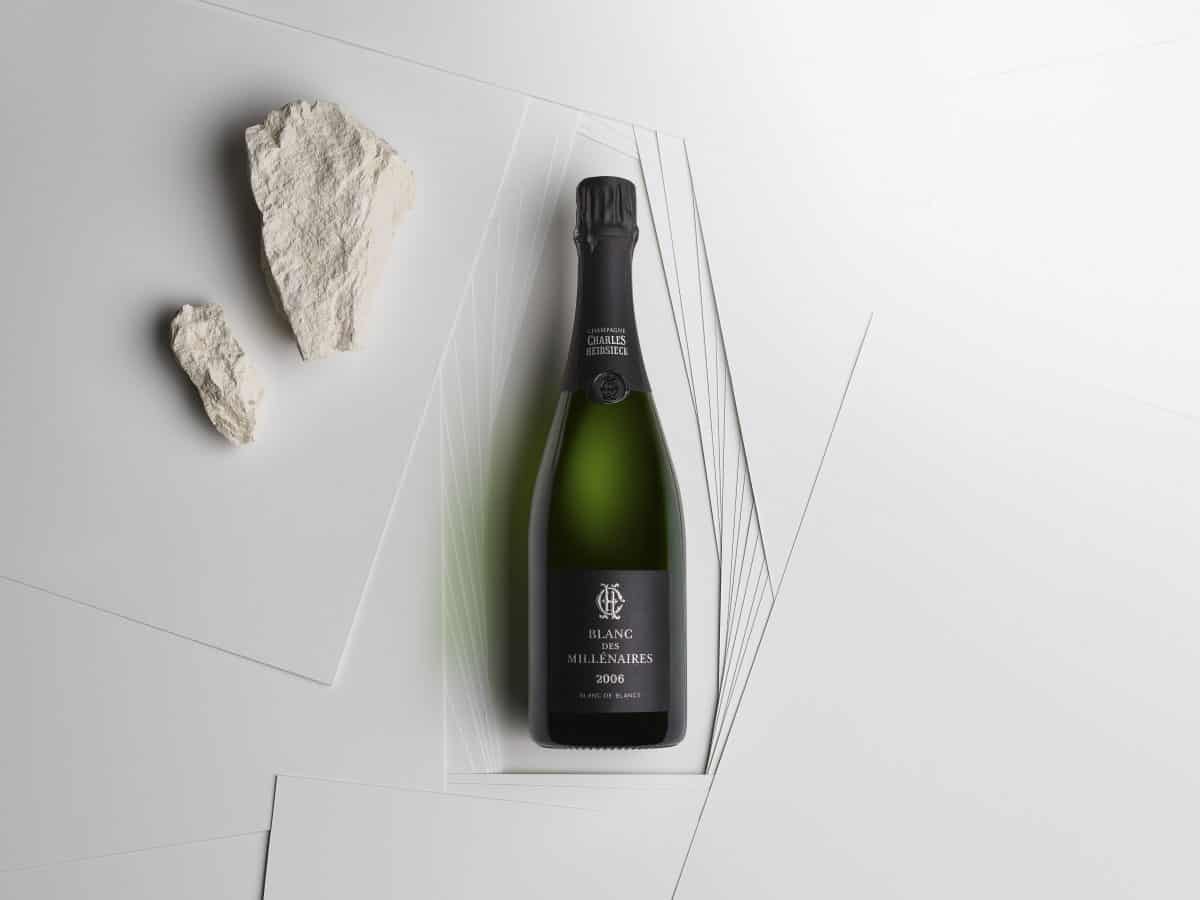 Launched in the UK last month, the Charles Heidsieck Blanc des Millénaires Blanc de Blancs 2006 is only the sixth release since 1983.

While the Champagne house went on to bottle its blanc de blancs from the Second World War until the 1980s, the non-vintage was discontinued in favour of producing a ‘quintessence’ of vintage blanc de blancs, Blanc des Millénaires – named after the nearly two millennia-old Gallo-Roman subterranean chalk cellars (crayères).

A love letter to the Côte des Blancs, each of the Blanc des Millénaires vintages are composed from 20 per cent each of the best crus (villages) in the area. A blend of pure chardonnay, each cru is chosen for its capacity to bring something unique to the blend. Cramant is chosen for its complexity and age-ability, Avise for its minerality and exotic fruit profile, Le Mesnil-sur-Oger for balance, and Oger for its opulence, with fleshiness and body less typical of Chardonnay. Finally, Vertus – the only premier cru – is selected for both its floral freshness and texture. The final product is therefore a unique expression of the vintage. The blends are then fermented in stainless steel, all undergoing full malo-lactic fermentation, before ageing in the 2nd century chalk cellars.

Given the unusually warm summer, the 2006 harvest produced grapes high in sugar level and with notably low acidity. As a result, the Blanc des Millénaires 2006 is rich and expressive, yet not overbearing, with a deep golden hue. While the Charles Heidsieck Blanc des Millénaires 2004 vintage’s aromatics were relatively closed, the 2006 is quite different with bright tropical notes on the nose alongside some lemon, pineapple, and apple. Hallmark toastiness is also there, joined by rich whiffs of buttery shortbread and floral complexity.

On the palate, the Blanc des Millénaires 2006 is round and opulent. Emitting the vibrance of 2006’s long hot summer, the ripeness of the fruit is vivid with freshness, cut by keen acidity. A honeyed sweetness also lingers alongside a suggestion of popcorn, and a whisper of salt that lingers on the long, pure finish alongside the wine’s chalky minerality.

The Blanc des Millénaires 2006 vintage’s pleasant bitterness is also worth noting. An increasingly key component of finished wine, bitterness is related to the grapes’ phenolic ripeness at the time of picking, as well as playing a role in how the ‘taille’ (last press fraction) is used. Climate change also plays a pivotal role, with acidity declining each year. Cyril Brun of Charles Heidsieck believes bitterness will be used to achieve balance with future vintages, playing an increasingly important role in the second pressing stage of Champagne production. Playing with bitterness and acidity gives a second life to acidity, ultimately retaining freshness, and the notion of bitterness could thus become an answer, of sorts, to the decreasing acidity.

At the UK launch of Charles Heidsieck Blanc des Millénaires 2006, Cyril Brun said: “I’m very interested in bitterness in Champagne and I think it could be the answer with regards to global warming.

“Good bitterness management can complement lower acidity levels – if you play with bitterness it can give a second life to the Champagne and can keep the freshness longer in medium acidity wines.

“I am reintroducing an element of bitterness to the Champagnes I make as an answer to decreasing acidity levels.

“I think in the future we will be talking about bitterness more and more in Champagne and sugar will become a secondary indicator, because sugar is always there.”

Charles Heidsieck Blanc des Millénaires 2006 is available from stockists including The Finest Bubble and Hedonism. The Champagne is also planned to be poured for the end of the year at 67 Pall Mall, Claude Bosi at Bibendum, Medlar Restaurant, and No1 at Balmoral Hotel.