Cous cous, prawns and kale are among the foods which millions of Brits consider as ‘posh’, a survey revealed. The detailed study also found risotto, pesto and fajitas made the list as did hummus, sushi and sea bass. Italian cheese mozzarella, rocket and even beetroot are also now considered up-market. The study showed that eight in […]

by Joe Mellor
in Food and Drink, Recipes 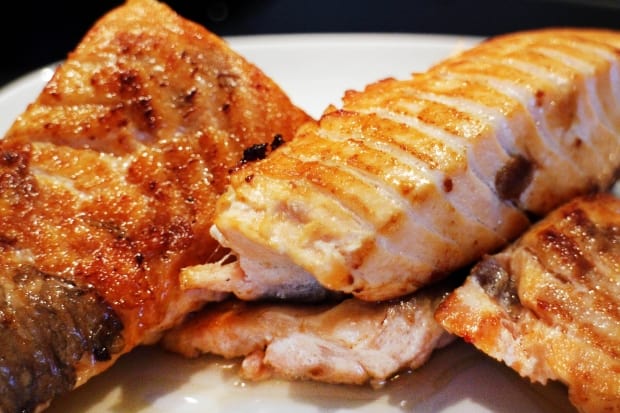 Cous cous, prawns and kale are among the foods which millions of Brits consider as ‘posh’, a survey revealed.

The detailed study also found risotto, pesto and fajitas made the list as did hummus, sushi and sea bass. Italian cheese mozzarella, rocket and even beetroot are also now considered up-market.

The study showed that eight in ten Brits feel that certain foods are seen as ‘trendy’ now and that like everything thing else, foods come in and out of fashion. It also emerged the average adult enjoys ‘posh food’ only when they dine out and wouldn’t consider cooking high-end food for themselves.

Yesterday a spokesman for The Cavendish, a Marylebone based restaurant which commissioned the study said: ”Many of the foods that are seen as trendy or posh now have been popular before.

“Just like anything else trends of popular food and drinks are ever changing. This research shows that we do having changing palates and are more inclined to try more exotic flavours now. In the last 20 years, Brits have broadened their repertoire of the foods they eat when both eating out and in the meals they prepare at home. Whether foods are considered posh or not is here nor there, as long as people continue to experiment with foods and flavours.”

Of the 2,000 adults polled nearly a third consider themselves to be a foody, with a third admitting to regularly uploading pictures of their meals to social networking sites.

And one in ten often send pictures to their pals if they are served a something flashy in a restaurant. The study found eels, quinoa, fois gras and quails eggs were among the foods that Brits had never tried. Bizarrely a sheltered 18 per cent of adults have never eaten a prawn and one in ten have never eaten an olive. Halloumi, anchovies and smoked salmon were also among the foods that many Brits haven’t tried.

The poll also revealed Brits feel that their food knowledge has improved with age, with 39 per cent claiming the more restaurants they visit the vaster their knowledge becomes. And a quarter said cooking for a family has also made them broaden their culinary horizons. Of those polled 42 per cent were of the opinion that food knowledge broadens the more money you earn. But in contrast 16 per cent said they were still baffled by fancy menus.

A spokesman for The Cavendish added: “We always prepare quality food regardless of trends or the latest fads. Our head chef sources the best ingredients to ensure the highest quality dishes.”