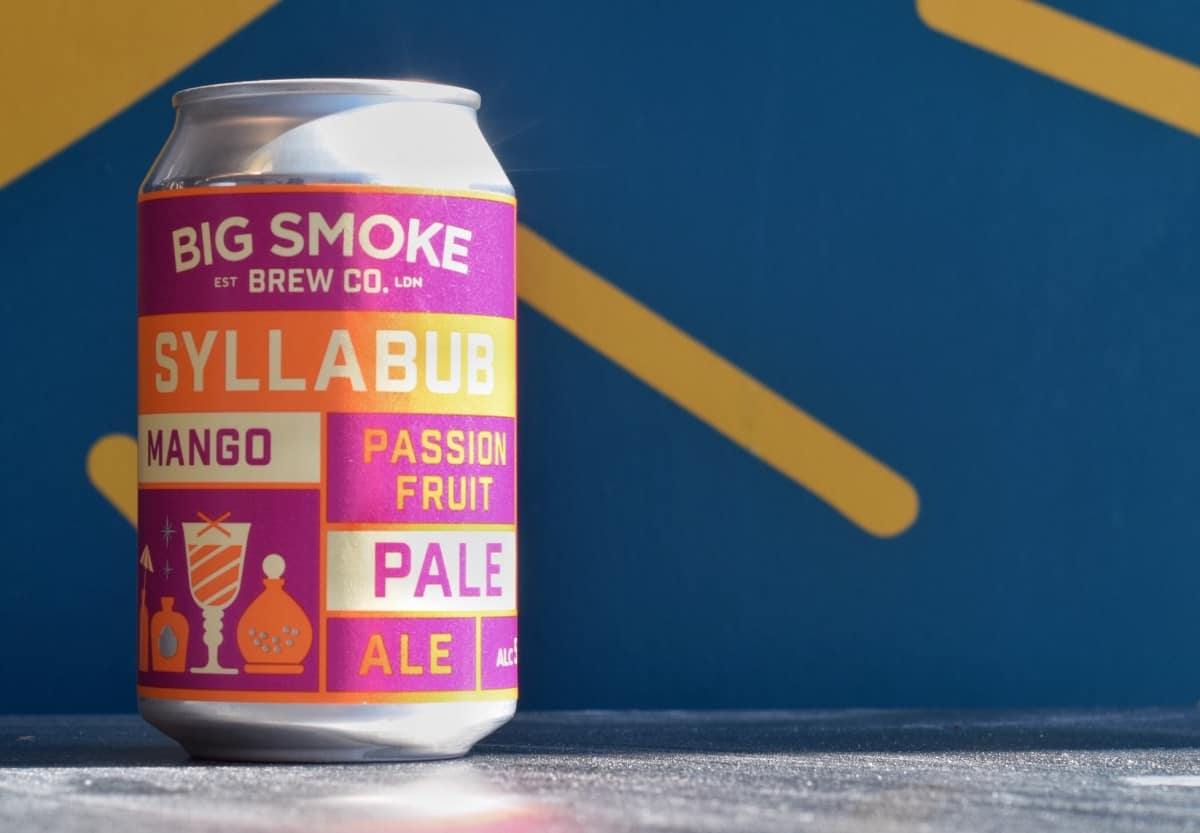 Now operating from a new brewery in Sandown Industrial Estate in Esher, Surrey, Big Smoke’s produce is representative of the beer that the brewery founders James Morgan and Richard Craig personally enjoy drinking, which is all flavoursome, hard-hitting and additive free. The brewery also makes a clear point of refraining from using Isinglass finings – a by-product obtained from the dried swim bladders of fish, used by many breweries to make their beers clear.

Brewed using Nelson Sauvin and Mosaic hops from New Zealand, Syllabub Mango & Passion Fruit Pale Ale is a brand new beer from Big Smoke Brew Co. On pour, the beer has a cloudy orange squash complexion, capped with a fine white head. Aromas of sweet mango and passion fruit dominate on the nose, joined by further tropical notes of pineapple, apricot and a suggestion of grapefruit rind and juice, plus grassy Nelson Sauvin notes. Tropical fruit continues on the palate, conveying a prominent juicy character rife with more passion fruit, wet mango and pineapple, joined by some peach and guava savours alongside a prominent resinous hop presence and refreshing bitterness that lasts on the finish with a whisper of pepper and tart grapefruit.

Tags: Beer of the week
Please login to join discussion