A blueberry wheat beer brewed with in collaboration with The White Hag Irish Brewing Co. 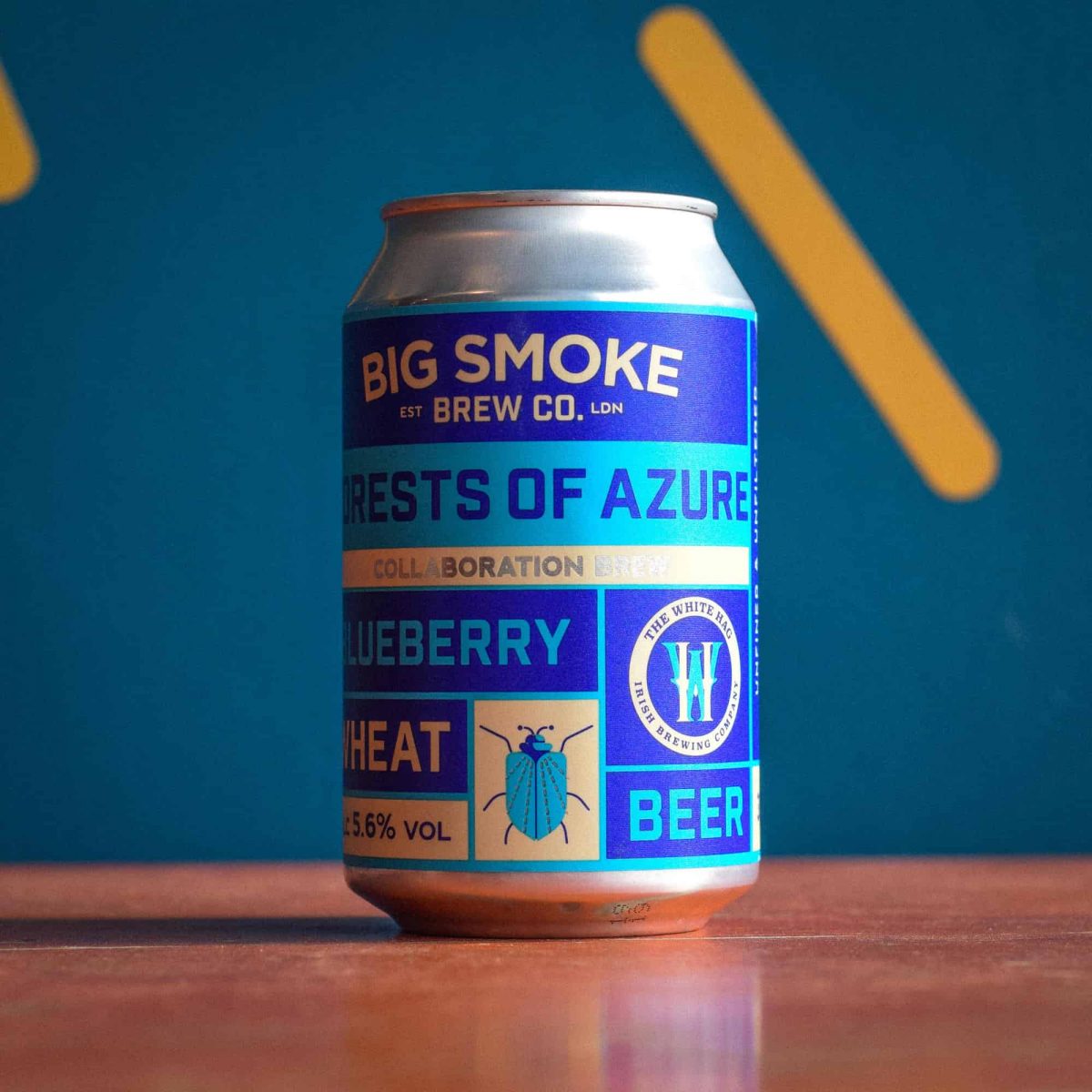 Now operating from a new brewery in Sandown Industrial Estate in Esher, Surrey, Big Smoke Brew Co.’s produce is representative of the beer that the brewery founders James Morgan and Richard Craig personally enjoy drinking, which is all flavoursome, hard-hitting and additive free. The brewery also makes a clear point of refraining from using Isinglass finings – a by-product obtained from the dried swim bladders of fish, used by many breweries to make their beers clear.

A blueberry wheat beer brewed with a touch of vanilla, Big Smoke’s Forests of Azure is a unique collaboration with The White Hag Irish Brewing Co. On pour, Forests of Azure has a deep ruby complexion, capped with a pink head. Aromas of blueberry are initially prominent on the nose, as expected, joined by some vanilla and a feint lactic note. Blueberry continues on the palate with a medium bitter, slightly sour edge: light-medium bodied with fizzy carbonation. Overall it’s an smooth, easy-drinking fruit beer with unexpected alcohol-by-volume (5.6 per cent). Blueberry continues on the dry, slightly astringent finish alongside a whisper of vanilla and clove.