Shrove Tuesday (or Pancake Day) has become an extraordinarily big deal in recent years. So it’s hardly surprising that so many restaurants are getting involved, creating appropriate specials to add to their menus for the evening. Other restaurants, however, have been serving incredibly good crêpes for years and have, coincidentally, become pancake day destination restaurants. […] 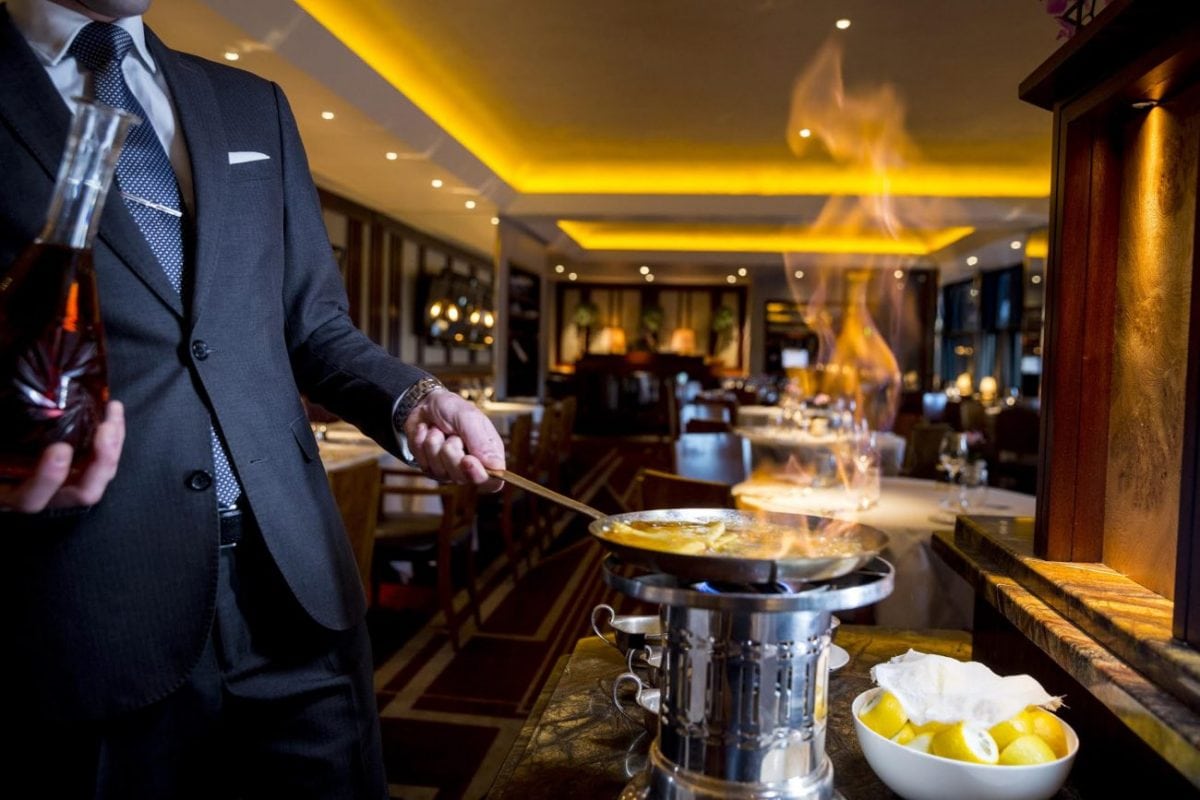 Shrove Tuesday (or Pancake Day) has become an extraordinarily big deal in recent years. So it’s hardly surprising that so many restaurants are getting involved, creating appropriate specials to add to their menus for the evening. Other restaurants, however, have been serving incredibly good crêpes for years and have, coincidentally, become pancake day destination restaurants.

If you don’t fancy whisking furiously or tossing sheets of fried batter at home on Tuesday (28th February 2017), we’ve compiled a selection of the best places to eat pancakes in London.

From classic French crêpes to Sri Lankan hoppers, these are the best restaurants for flippin’ brilliant pancakes.

As well as being one of the most romantic restaurants in London, dinner at Le Pont de la Tour, overlooking Tower Bridge, comes with a real sense of occasion. And after a selection of French haute-cuisine classics, the kitchen’s Crêpe Suzette is the perfect end to the meal (available all year, in fact). Theatrically prepared in a chafing dish beside the table, Le Pont de la Tour’s Crêpe Suzette is served hot with a sauce of sugar, orange juice and Grand Marnier liqueur that’s poured over the crêpes and flambéed. As a Pancake Day (and Mardi Gras) offer, the dish will be available on Tuesday 28th February paired with a glass of Juraçon ‘La Magencia’ Lapeyre at £15 per person.

Further information can be found at lepontdelatour.co.uk.

Blanchette is another quintessentially French restaurant celebrating Pancake Day next week. With two restaurants (the original in Soho and a newer opening on Brick Lane) both will be serving a number of different crêpes and galettes, with recipes created by Chef Director Tam Storrar. These will feature a number of classic flavours, plus some Blanchette twists. Both restaurants will serve specials all day on Tuesday from their bar counter crêpe stations, available to eat in or to take away. These include the likes of Bayonne ham, cheese and egg; lamb, comté cheese and baby spinach, exclusive to Soho; and Roquefort cheese and leek, which is exclusive to the Brick Lane space. What’s more, a number of dessert crêpes will also be on offer at both locations.

Further information can be found at blanchettelondon.co.uk. Offering something a little different for Shrove Tuesday, Hoppers (from the team behind Gymkhana and Trishna) will be serving their namesake. A thin, bowl-shaped pancake made with fermented rice batter and coconut milk, hoppers are a classic Sri Lankan dish.  The hoppers here are best when dipped into the restaurant’s karis (Sri Lankan term for curry) which include the likes of black pork kari or fish kari. Launched at the end of 2015, the tiny restaurant in the heart of Soho doesn’t take reservations, but operates a ‘virtual queue’ system, allowing guests to grab a drink in one of the nearby pubs or bars instead of lining the pavements.

Further information can be found at hopperslondon.com.

Originally a day to use up any leftover ingredients and indulgences, Mac & Wild’s suitably Scottish take on a battered Mars bar pancake seems perfect for Shrove Tuesday. The dish consists of a crêpe filled with chocolate ganache and caramel, which is then battered and deep-fried to create a hot, crunchy outer. Amongst the city’s most indulgent Pancake Day offerings, the battered Mars bar pancake is just one reason to visit Mac & Wild on Tuesday – both restaurants also have an outstanding focus on game meats and whisky. Prepare to get absolutely ‘battered’.

Further information can be found at macandwild.com.

Two of London’s best-loved brunch spots, Riding House Café in Fitzrovia and Village East in Bermondsey (from the same company) will be serving special pancake-themed menus for lunch and dinner on Shrove Tuesday. Riding House Café’s offering will include the likes of a savoury pancake wrap, filled with prawns, crayfish, peppers and chilli salsa; blueberry pancakes with crispy bacon and maple syrup; or buttermilk pancakes with a banana fritter and vanilla ice cream. Village East, on the other hand, will be focusing on their pillow-soft pancakes with maple syrup and crispy bacon.