Official Boozers share a selection of their favourite local pubs in London.

by Guest Contributor
in Bars, Best of London, Food and Drink 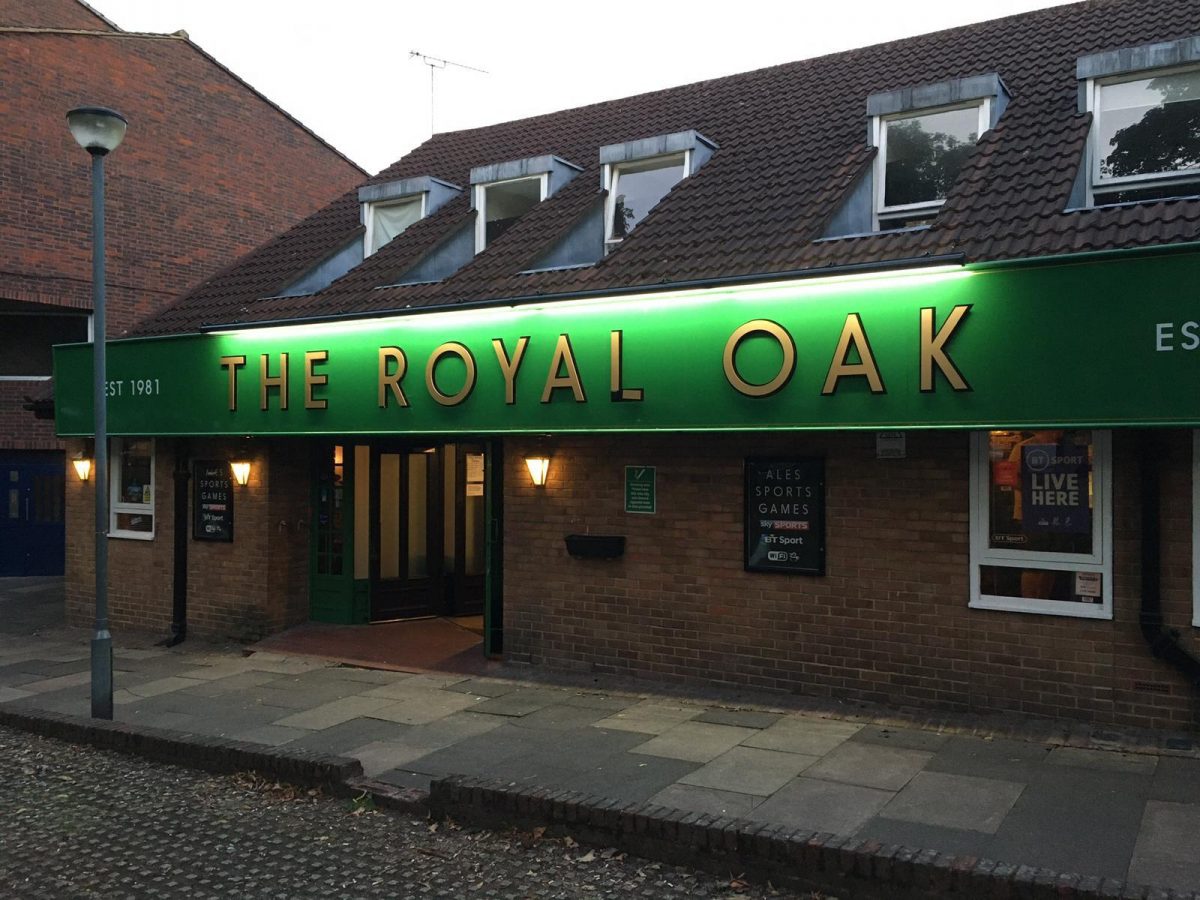 Keen to support the London pub scene, Official Boozers was set up after founders Toby Palmer and Elliot Jackson moved to London from North Wales. Showcasing accessible local pubs, Official Boozers uses Instagram (@officialboozers) as a platform for reviewing London pubs, essentially promoting some of the city’s hidden gems. As local pubs (and the hospitality industry as a whole) continue to suffer as a result of the coronavirus pandemic, the Official Boozers team has shared a selection of their favourite local pubs in London.

Having moved 250 metres up the road, the current Royal Oak site is large and typically rowdy – particularly atmospheric. Think Smooth Flow over traditional ales, but drinks are surprisingly reasonably priced compared to other neighbouring pubs. They’ve also got two dart boards and a jukebox.

An Irish bar on Harlesden High Street, Angie’s opened in 1987. The décor leaves a lot to be desired, but it’s all part of the charm, as is the atmosphere at this local pub. They’ve also got a pool table – a rarity in a world of pompous gastro pubs.

“You don’t find many pubs that are diverse, but this one smashes it. Everyone gets along and everyone speaks to everyone.”

Since its renovation, The Lord High Admiral has lost some of its character, but it’s still a charming local pub. On the corner of Penfold Street and Church Street near Edgware Road station, the pub was recently reinvented as a real ale pub, but was instantly rejected, reverting back to pumping its range of household names. Drinks are cheap, customers are friendly, while screens present live sports in addition to the pub’s pool table and dart board.

“Hi Vis and hard hat central. Everyone wants to be your best mate in here.”

The Lord High Admiral can be found at 95 Church Street, London, NW8 8EY.

An Irish pub near Upper Holloway Overground, The Florin is a classical corner pub built around 1880. Inside, the square room has a pool table at its centre – ultimately an ode to old fashioned pubs with velour seats and fruit machines. Again, real ales aren’t available, but a typical line-up of draught beers are available. Nearby Archway Kebab is also well worth a visit for a post-pint falafel wrap.

“Pool table holds centre stage in the pub, walk in and everyone sees you. It’s small but everyone is there to talk.”

A small residential pub with a focus on the local community, The Windsor Castle’s size makes it easier for the space to accomplish a lively atmosphere where other, larger venues would struggle. Given the local community spirit, drinks are also reasonably priced. Regular poker and darts nights are also hosted.

“The home of darts in the pub scene”, Nolan’s is a south London Irish pub regularly frequented by darts teams, with two boards. The pub is also home to a nice pool table and a juke box, and while the beer line-up isn’t the most exciting, Nolan’s can be relied on for a good pint of Guinness and an enjoyable night out.

“A pub which doesn’t feel like London”, The Good Intent sits alongside East Street Market. Alongside the darts board and pool table, a disco area is also on hand with karaoke, while the general atmosphere is very neighbourly, perhaps surprisingly considering its closeness to central London. Jackie Chan is also a fan.

Named for the project manager and politician who gained Shadwell parish status during the 1660s, Thomas Neale Free House is a simple, family-run east-end pub, located on Watney Street Market. The pub also has a happy hour, with all pints of beer priced at £3, which is well worth taking advantage of.

A traditional east London pub between Bow Road and Bow Church stations, The Little Driver was rebuilt in its present form in 1869. Now just one room, the large bar space is somewhat dated, but that’s part of its charm. The pub is also home to various TV screens for live sport and a juke box. Plus they’ve got Fuller’s London Pride on cask.

“Old school east end boozer. Has everything you would imagine in there.”

Further information on Official Boozers can be found here.