With over 30,000 businesses already signed up to partake, the ‘Eat Out To Help Out’ scheme hopes to help the struggling hospitality industry, encouraging diners to visit restaurants again. 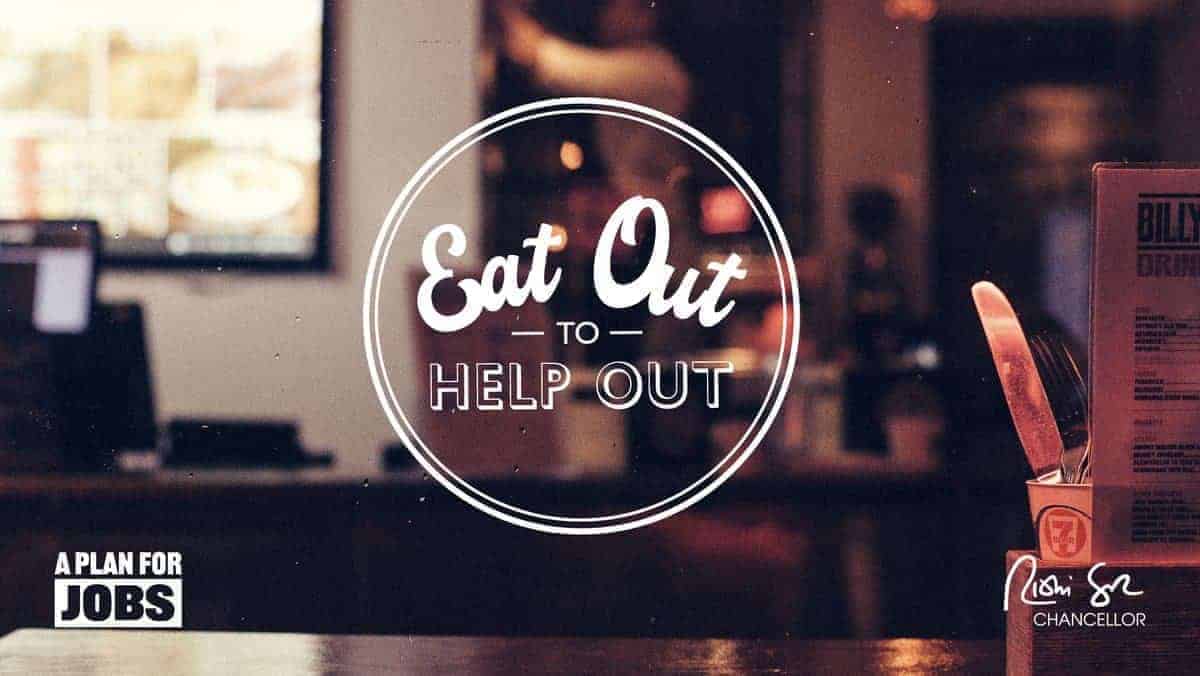 With restaurants and other hospitality businesses forced to close for over three months, Chancellor of the Exchequer Rishi Sunak announced plans for a new government-backed scheme earlier this month. Named ‘Eat Out To Help Out’, the scheme hopes to help encourage diners to eat out again in restaurants as they continue to re-open.

As of Monday 3rd August, customers will be able to claim 50 percent discount on food and soft drinks at participating venues, up to the value of £10 per-head. In theory, a group of five could save £50 on a meal worth £100. With no minimum spend, the discount can be used by all diners in a group of any size, and the remaining portion of the bill not paid by the customer will be covered by the government. Discount can be used for eat-in only, not available on delivery or takeaway orders, and customers will not be able to claim discount on alcohol or service charges.

Over 30,000 restaurants have already signed up, including restaurants, cafés, bars, pubs, canteens and food halls – from large chains such as Nando’s, Pret a Manger and Pizza Hut, to local, independent restaurants. We pick 10 of the best London restaurants taking part in the ‘Eat Out To Help Out’ scheme.

Further information can be found at stjohnrestaurant.com.

Both Dumplings Legend and Leong’s Legend on Gerrard Street have re-opened, with new outdoor seating. The restaurants’ owner Geoff Leong is behind some of the best Chinese restaurants in London, also sitting on the Covid Anti-Racism Group – a committee of Anglo-Chinese business leaders, councillors and former police officers, set up in April to liaise between Scotland Yard and the South East Asian community, in response to a sharp rise in racism against the Chinese community. Taking part in the ‘Eat Out To Help Out’ scheme, both restaurants serve large menus. Dumplings’ Legend has a particular focus on superlative dim sum (their xiao long bao are some of the best in London, if not the UK), while Leong’s Legend champions authentic Taiwanese food.

Further information can be found at chinatown.co.uk.

One of London’s oldest traditional pie and mash shop groups, with sites in Peckham, Sutton, and on Tower Bridge Road, M.Manze are taking advantage of the ‘Eat Out To Help Out’ scheme. Here, the value will really be felt, with bills rarely surpassing £5 per head on single pie, mash and liquor with a drink.

Further information can be found at manze.co.uk.

With restaurants re-opened in Marylebone, White City, Shoreditch, and the City, Homeslice’s excellent value will also be showcased as the group partakes in the ‘Eat Out To Help Out’ scheme. Priced at £20-22 per 20-inch pizza (before discount), Homeslice’s wood-fired pizzas champion prime ingredients such as Fior di Latte mozzarella from Naples, and dough that’s prepared in-house each day and aged for a minimum of 24 hours.

Further information can be found at homeslicepizza.co.uk.

With sites in Soho and at Westfield London in White City, chef Stevie Parle’s Pastaio will offer a discount at both restaurants, participating in the government’s ‘Eat Out To Help Out’ scheme. Moreover, the Soho site is currently taking reservations for the first time, via the restaurant’s website.

Further information can be found at pastaio.co.uk.

Alongside launching two standalone delivery services over the past four months, plus DIY meal kits, BAO has re-opened its Borough Market site. While the indoor capacity has been reduced by 50 percent, to facilitate social distancing, the restaurant has taken over a sheltered outdoor terrace with space for 25 guest. Initially, open for dinner from Wednesday – Saturday, the ‘Eat Out To Help Out’ scheme will reduce the price of the restaurant’s exemplary namesake buns, which are already inexpensive. As of Tuesday 4th August, BAO Soho will also re-open with new outdoor seating, accepting reservations for the first time in five years.

Further information can be found at baolondon.com.

Further information can be found at coalroomspeckham.com.

The Cheese Bar and Pick & Cheese

As of August, The Cheese Bar in Camden and Pick & Cheese at Seven Dials Market will offer a month-long series of all-you-can-eat cheese events. In Camden, The Cheese Bar’s sell-out Bottomless Raclette nights will return on Wednesday evenings, serving unlimited plates of hot melted Ogleshield cheese (an English alternative to Swiss Raclette), with Cornish new potatoes, Crown & Queue glazed ham and cornichons. The event will take advantage of the ‘Eat Out To Help Out’ scheme, priced at £9 per-person instead of £18. Otherwise, Pick & Cheese will load their conveyor belt with cheese and charcuterie from Saturday 8th August, offering customers the chance to eat all they like for £20 per-person. Those visiting on a Monday will also benefit from the scheme, with bottomless cheese costing £10 per-person.

Further information can be found at thecheesebar.com.

Launched in June, ASAP Pizza is a new project from the team behind Lyle’s and Flor. Operating from the Flor kitchen in Borough Market, ASAP Pizza was initially available for Click & Collect and local delivery, though now hosts customers at tables outside the Flor shop front, open for dinner from Wednesday – Saturday and lunch on Sundays. Dinner on Wednesdays will also be eligible for ‘Eat Out To Help Out’ discounts. Before discount, pizzas are priced from £12 – £16, and include toppings such as tomato and ‘nduja sauce, caciocavallo, honey and Sicilian oregano; or grilled pineapple, guanciale, pickled chilli and red onion; plus white bases topped with Stilton, speck, sour cream and walnut; or Flourish farm courgettes, feta, mint and wild fennel blossom.

Further information can be found at asap.pizza.

A high-end Indian restaurant in Mayfair, Benares has announced plans to take part in the ‘Eat Out To Help Out’ scheme. While the discount won’t make a significant dent in the final bill, dinner comes with both a much-needed sense of occasion and expertly prepared food. Menu highlights include hand dived Scottish scallops baked on shell, with coconut curry and Malabar paratha; or lamb cutlets marinated with smoked Kashmiri chilli, cooked in the tandoori.

Further information can be found at benaresrestaurant.com.