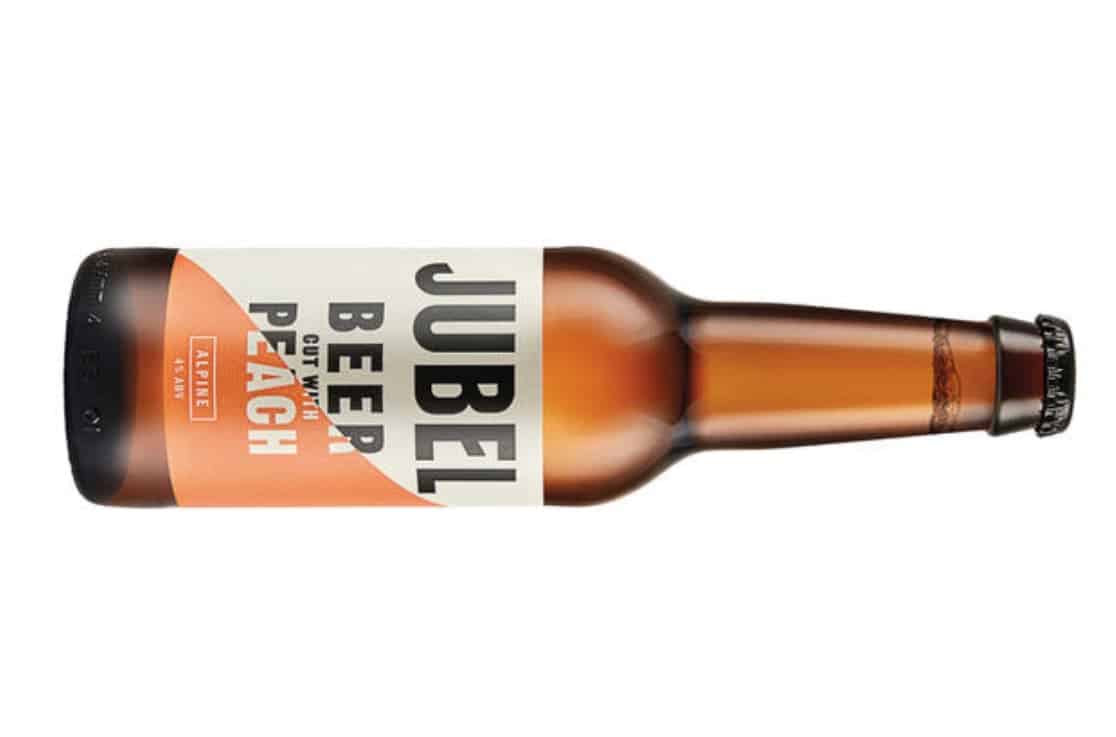 Jubel has seen exponential rise in popularity across the south-west – stocked in more than 300 on-trade outlets, in The Stable and Hubbox retail chains, and through three major wholesalers (St Austell Brewery, Nectar Imports and LWC). The brewery has since launched another beer – Jubel Urban, brewed with elderflower – alongside new labels designed by Pearlfisher London. Moreover, both beers are also available in London, as of this month.

Brewed in Cornwall, Jubel Alpine is gluten-free, vegan friendly and uses 70 per cent less sugar than leading fruit ciders. When poured from the bottle, Jubel Alpine has a light gold complexion and is topped with a foaming white head. On the nose, prominent aromas of peach are unsurprisingly most prevalent, accompanied by some light grain, cereal and yeast notes alongside muted grassy hops. Peach continues on the palate, though the beer is far less saccharine than demi-pêche. Instead, the upfront fruit sweetness is balanced by some classic pilsner character, rife with grain, some cereal malt and slight lemon peel. Ultimately light bodied with a pleasant, creamy mouthfeel; Jubel Alpine is an unusually amiable light lager: refreshing, with a lasting fruity finish.

Further information on Jubel Beer can be found here.