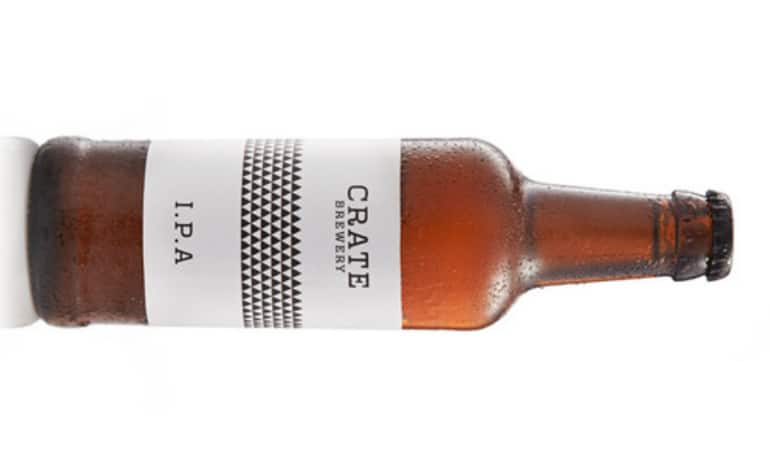 Set up in 2012, Crate Brewery operates from an old print factory in the heart of London’s vibrant Hackney Wick. Priding themselves on using only the finest British Malts and internationally sourced hops, Crate’s core range consists of ten beers, and has been the subject of much acclaim, having garnered support from a number of restaurant groups and hotels, including celebrity chefs such as Jamie Oliver, Gordon Ramsay, Mark Hix, and more.

As far as India Pale Ale is concerned, Crate’s take is definitively classic yet well executed. Brewed using a blend of international hops, the beer’s translucent golden complexion is topped by an impressive beige head that’s foamy with fair retention. On the nose, notes of hops are joined by hints of pine, and citrus fruits that follow into the taste, accompanied by hints of licorice, slight toffee sweetness that balance the refreshing bitterness that lasts through to the beer’s clean finish. Another fine selection from Crate’s core range.

CRATE Brewery can be found at Unit 7, Queens Yard, Hackney Wick, London, E9 5EN and their full range is available to purchase from cratebrewery.com.