The latest addition to the brewery’s Heritage Sour Series is a cherry and cherry wood saison. 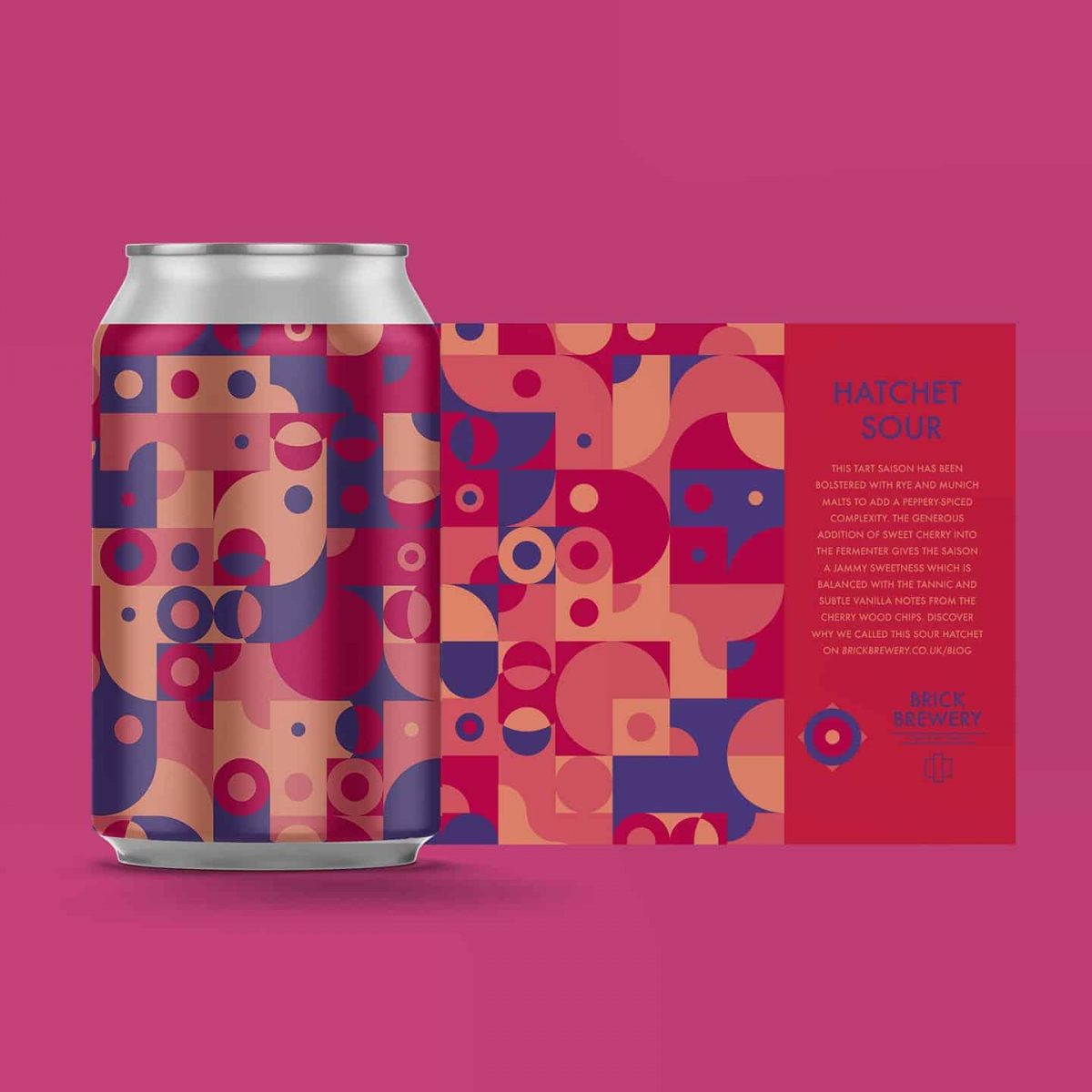 Established in 2013, Brick Brewery operates from a production site in Deptford, with a taproom at its original brewing site under a Peckham Rye railway arch. As well as brewing beers in a range of different styles, with recipes inspired by the brewing team’s travels, each built from scratch, the team also built their own Tapyard with indoor and outdoor seating, plus numerous taps showcasing the brewery’s entire range.

The latest addition to Brick Brewery’s Heritage Sour Series, Hatchet Sour is a cherry and cherry wood saison. Brewed to six per cent abv, the beer features sweet cherry that’s added to the fermenter, aged on cherry wood chips. It’s also bolstered with Munich and Rye malts (like their Peckham Rye), which lend a peppery-spiced complexity.

On pour, Brick Brewery Hatchet Sour has a hazy raspberry complexion, capped with a fleeting white head. On the nose, initial notes of cherry and cherry blossom are joined some lactose and vanilla. Woody vanilla continues on the palate, joined by further savours of cherry which lends a jammy sweetness, while bready malt notes lend a prevalent savoury edge, preventing the overall flavour from becoming syrupy, as is the case with many cherry beers. Instead it’s particularly tart, with a refreshing sourness lingering on the long finish. A superlative example of its respective style.