"What an underhanded, downright rotten trick" 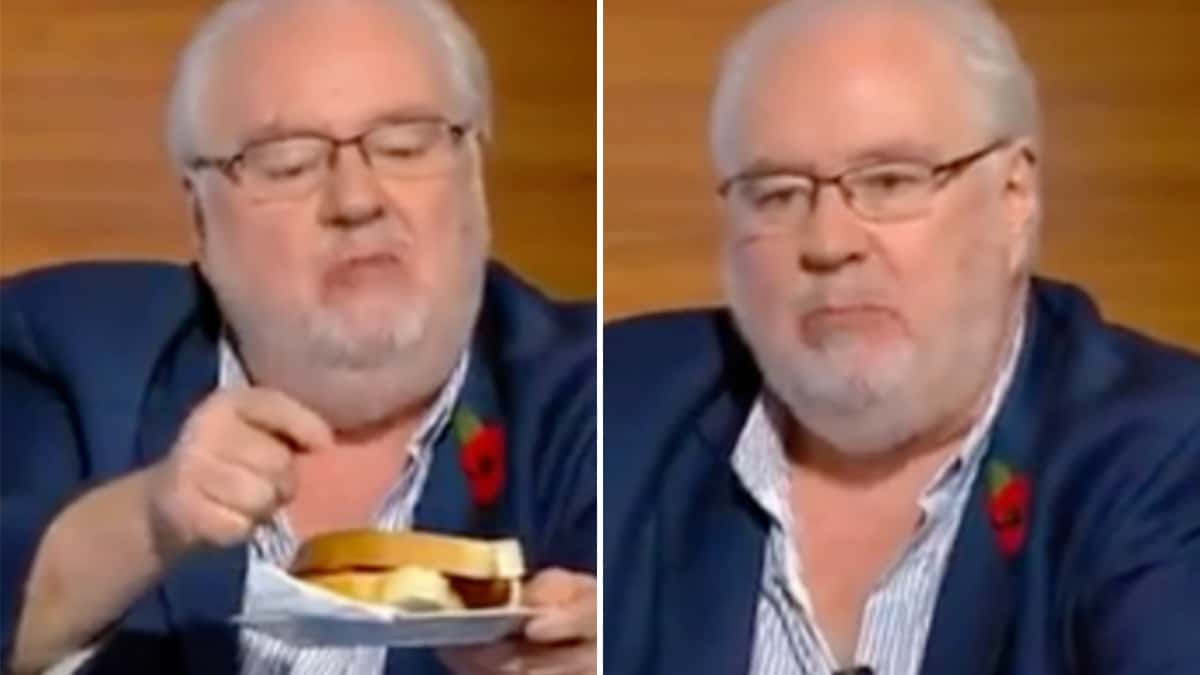 An anti-vegan, so-called “sausage expert”, had to eat his own words after praising a “lovely” plant-based banger after being fooled live on TV in a reputation ruining moment.

The amusing moment unfolded on an episode of Jeremy Vine’s self-titled show on Channel 5 where he invites panellists and guests to discuss news, views and opinions with him.

Parry was tasked by Vine to test two sausage sandwiches and pick out the vegan one.

Walking over to Parry with the two samples, Vine said: “Here are two sandwiches and I’m going to give them to Mike.

“You’ve got to tell me right, of these, which is the real meat sandwich,” he instructed, before offering him a choice of condiment – red or brown sauce.

Parry declined both, saying it may “disguise” the fraudulent sausage.

“That’s not a real sausage”

The panellist proceeded to take a bite out of each sandwich and then refreshed himself with a glass of water.

After deliberating in a minute, Parry declared: “It is absolutely obvious to me that this first one is the false sausage, OK.

“That’s not a real sausage. That’s cardboard,” he stated.

“This second one is clearly the real sausage. I could taste the meat in it.”

Parry went on to describe is as “luscious and lovely” and tasting “a bit like the one I had this morning”, and the obvious winner.

The camera then showed Vine looking amused, before he commented that Parry’s choice was,“very interesting.”

The host then walked over to the other side of the studio and brought out two more plates topped with sandwiches.

Vine said: “The answer is, is that the meat sausage is actually down here Mike. You’ve just eaten two vegan sandwiches.

“You, I think, are a vegan in disguise!”

Parry replied: “Not at all. What an underhanded, downright rotten trick to put on a man whose reputation now as the ‘great sausage butty king’ is ruined.”

Vine pressed Parry on how he’s keen sausage senses had been fooled by the plant-based imposter:  “How do you feel that mistake was made? You’ve tasted sausage, right?”

Parry: “All I can say is, that that’s cardboard and that’s sort of almost cardboard. Call it tissue paper.

“I shall take a bite out of the real sausage.”

People are sharing the clip on social media where Parry’s sausage expert title has come under scrutiny.

One person tweeted: “Lol, hilarious how he tries to backtrack after saying the vegan sausage tastes just like the one he had in the morning.”

“He made it worse by pretending to change his mind about the one he basically described as pretty great,” added another.

The stunt has led to people digging out another embarrassing food moment Parry was involved in. It involved a spoon full of cinnamon.