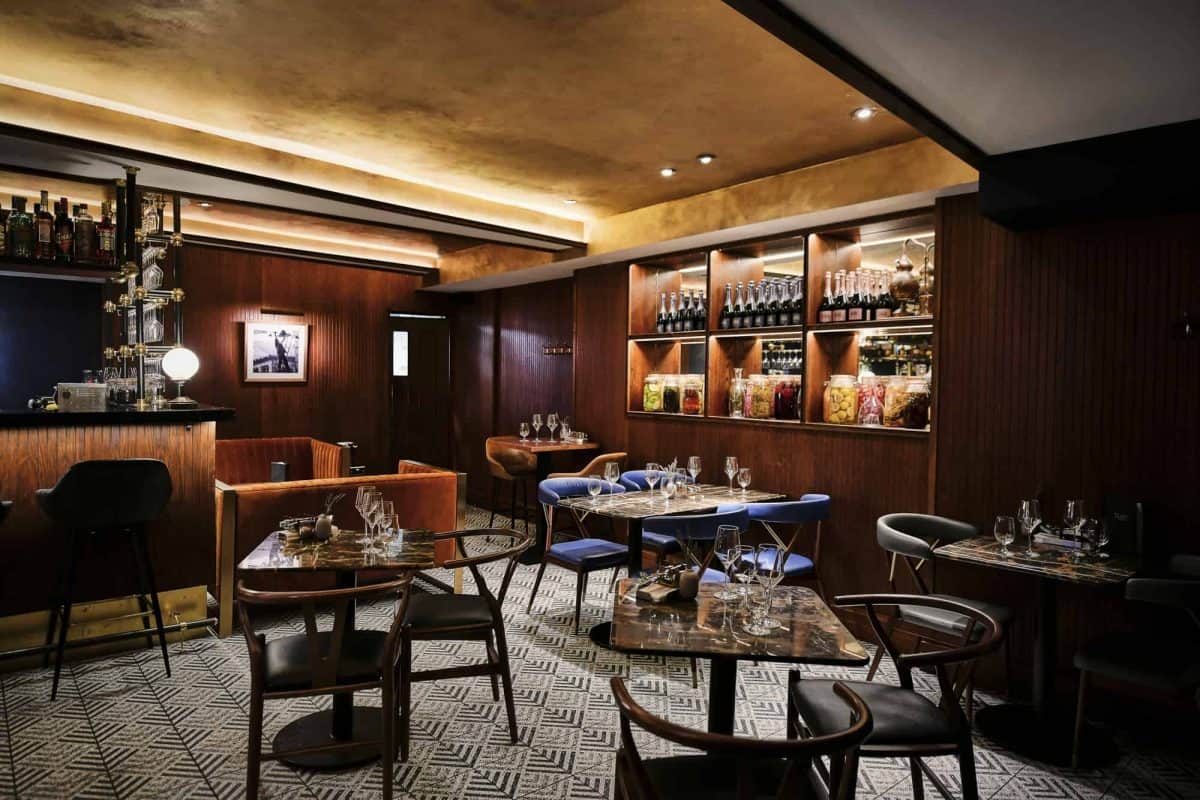 Opened at the beginning of last year, TRADE occupies a basement site in Soho, launched by restaurateurs and Master Sommeliers, Xavier Rousset and Gearoid Devaney. With the new Anglo @ TRADE residency, a limited number of tables will be available for non-members, able to book and experience the five-course tasting menu during set times. Guests are also given the chance to access the bar’s Coravin cellar, a space for wine-lovers, stocking fine wines at democratic prices.

In addition to the a la carte menu (available for members only), a five-course tasting menu is served, priced at £55. In the kitchen, head chef Anthony Raffo (previously of Texture, Pied a Terre, Stocks Hotel and Auberge du Lac) serves a selection of dishes that have become highly popular at Anglo in Farringdon.