Using a technology featured in the cult sci-fi fantasy series, scientists say it combats both air - and noise - pollution

A Star Trek-style plane with no moving parts has taken flight for the first time.

Using a technology featured in the cult sci-fi fantasy series, scientists say it combats both air – and noise – pollution.

Resembling a big glider, the energy-efficient and lightweight machine does not depend on fossil fuels or batteries – and is completely silent.

London-born Steven Barrett, Professor of aeronautics and astronautics at MIT in the US, said: “This has potentially opened new and unexplored possibilities for aircraft which are quieter, mechanically simpler – and do not emit combustion emissions.”

He expects it to lead to silent drones in the near-future – before being scaled up for passenger jets and other large aircraft. 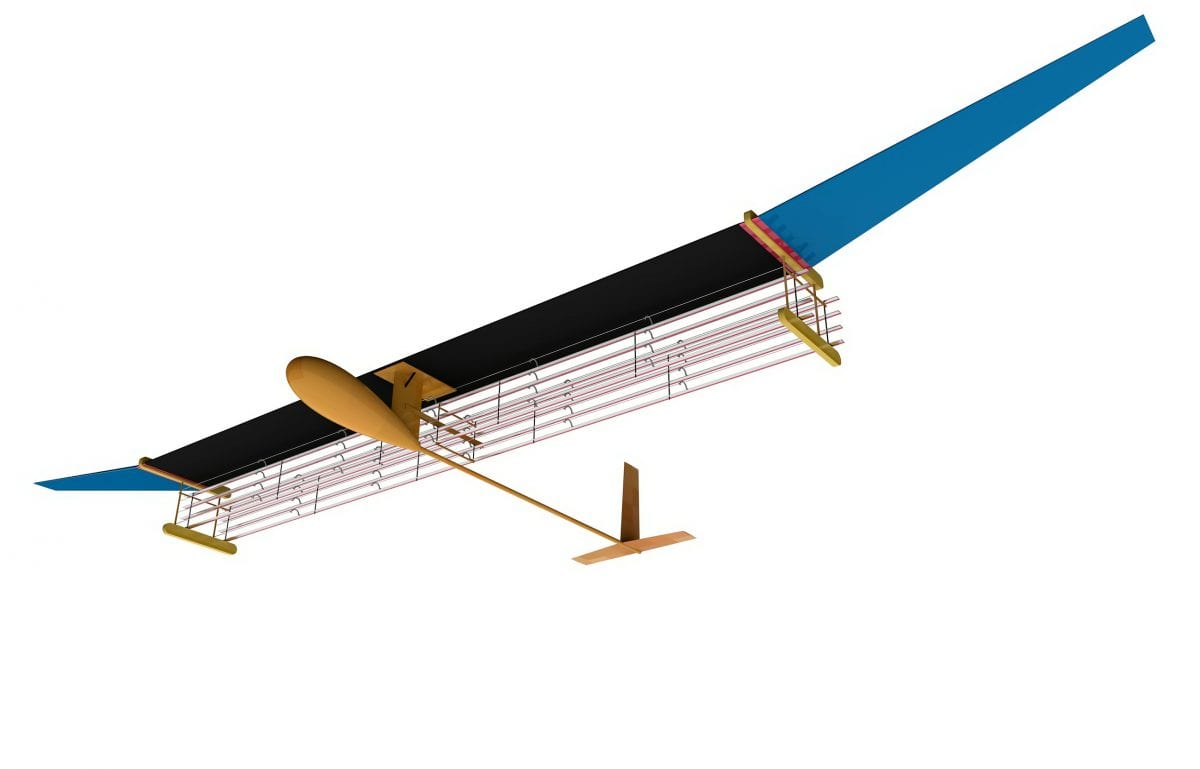 The technique is based on the propulsion of ions – or electrically charged atoms – out of a nozzle at high speed.

It was the idea behind the shuttlecrafts that effortlessly skimmed through the air with no moving parts, noise or exhaust in Star Trek.

Prof Barrett said he watched the TV series avidly at home when he was growing up in England.

He explained: “This made me think, in the long-term future, planes shouldn’t have propellers and turbines.

“They should be more like the shuttles in ‘Star Trek,’ that have just a blue glow and silently glide.”

Multiple test flights were successfully carried out across the gymnasium in MIT’s duPont Athletic Centre – the largest indoor space they could find.

The team flew the plane a distance of 60 metres – the maximum distance within the building.

They found the plane produced enough ionic thrust to sustain flight the entire time. They repeated the flight 10 times, with similar performance. 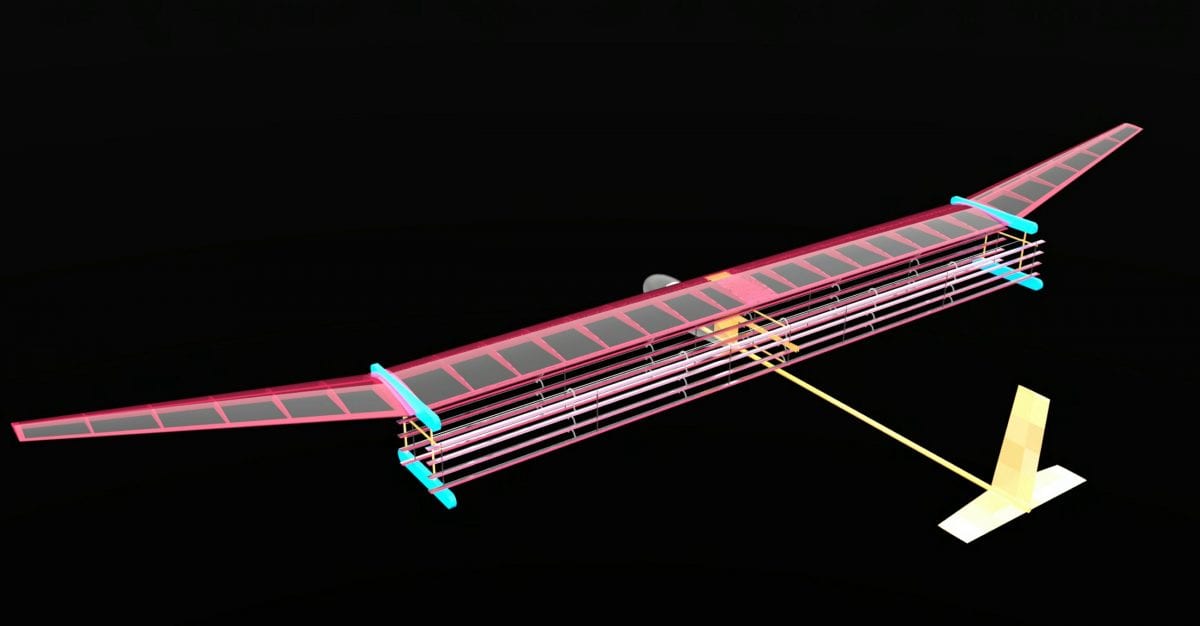 Since the first airplane took flight over 100 years ago, virtually every one since has had moving parts such as propellers, turbine blades and fans.

These are powered by the combustion of fossil fuels or by battery packs that produce a persistent, whining buzz.

But Prof Barrett’s relies on an “ionic wind” – a silent but mighty flow of particles produced aboard the plane.

This generates enough thrust to propel the plane over a sustained and steady flight, reports Nature.

It’s also known as electroaerodynamic thrust – a physical principle first identified in the 1920s to describe a wind from a current passed between electrodes.

If enough voltage is applied enough there is enough power to propel a small aircraft.
But it was believed it could only work for small desktop ‘toys’.

Prof Barrett said: “It was a sleepless night in a hotel when I was jet-lagged and I was thinking about this and started searching for ways it could be done.

“I did some back-of-the-envelope calculations and found that, yes, it might become a viable propulsion system.

“And it turned out it needed many years of work to get from that to a first test flight.”

His team’s final design weighs only five pounds is about 16 feet wide. It has an array of thin wires strung like horizontal fencing along and beneath the front end of the wing.

These act as positively charged electrodes while similarly arranged thicker wires – running along the back end of the wing – serve as negative ones.

The fuselage of the plane holds a stack of batteries that supply electricity at 40,000 volts to positively charge the wires via a lightweight power converter.

This leads to each ion colliding millions of times with other air molecules – creating a thrust that propels the aircraft forward.

Prof Barrett said: “This was the simplest possible plane we could design that could prove the concept an ion plane could fly.

“It’s still some way away from an aircraft that could perform a useful mission. It needs to be more efficient, fly for longer, and fly outside.”

His team is now working on producing more ionic wind with less voltage and increasing the plane’s thrust. 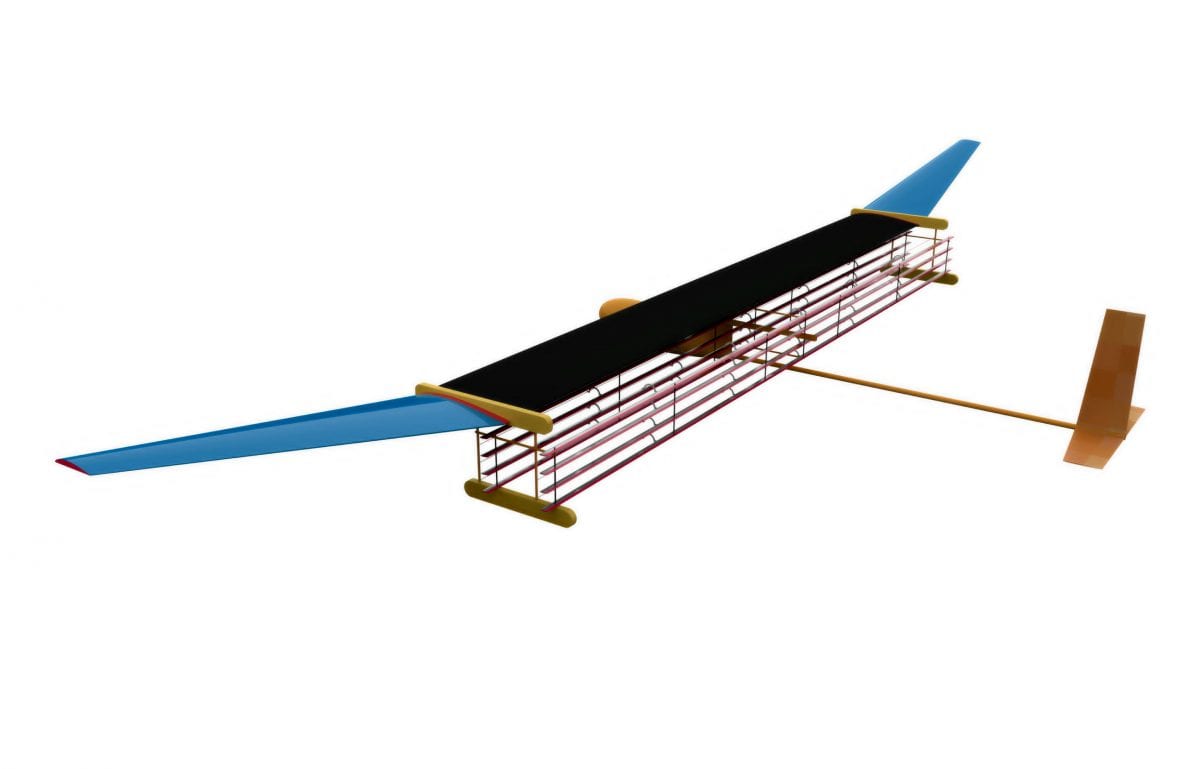 Ideally, Prof Barrett would like to design an aircraft with no visible propulsion system or separate controls surfaces such as rudders and elevators.

He said: “It took a long time to get here. Going from the basic principle to something that actually flies was a long journey of characterising the physics, then coming up with the design and making it work.

“Now the possibilities for this kind of propulsion system are viable.”