Members of the Royal Philharmonic Concert Orchestra struck a chord with commuters – by playing a piece of music using items left behind on trains, including a surfboard, a bicycle pump and a car tyre. The orchestra launched into ‘An Ode To My Former Owner’ using goods from the lost and found office. They wrote […] 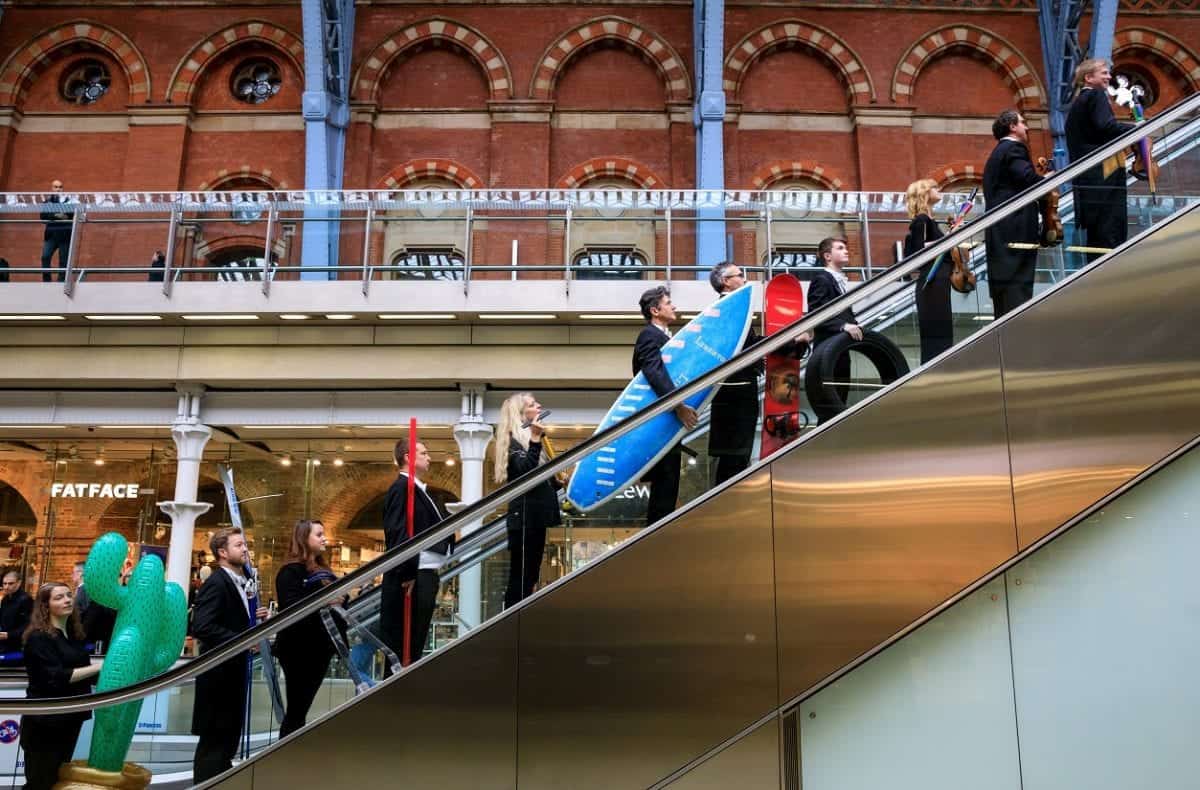 Members of the Royal Philharmonic Concert Orchestra struck a chord with commuters – by playing a piece of music using items left behind on trains, including a surfboard, a bicycle pump and a car tyre.

The orchestra launched into ‘An Ode To My Former Owner’ using goods from the lost and found office.

They wrote the brief piece of music, ensuring it consisted of 11,304 notes – the number of items lost each year on East Midlands Trains. 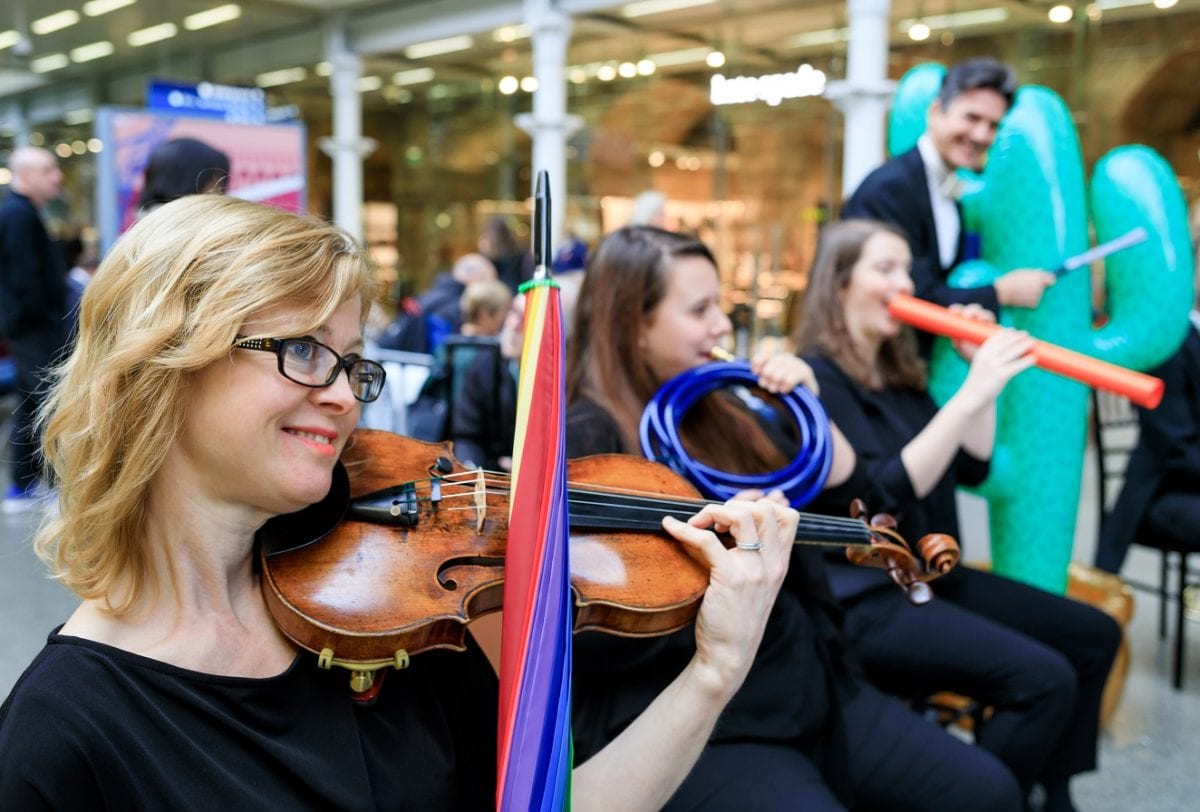 ”Creating, and playing, An Ode To My Former Owner, with the hope of reuniting lost property with owners, was an experience to remember.

”We had a lot of fun with East Midlands Trains and will be keeping our instruments close by when travelling.”

To mark the launch of its new Found It! service, which allows passengers to track and claim their lost items, East Midlands Trains also revealed the weird and wonderful items left on their trains.

Expensive artwork, surfboards and a life-sized cardboard cut-out of Donald Trump were all abandoned over the last 12 months.

A string of musical instruments and equipment such as guitars, harps, drums, DJ turntables and ukuleles were also left behind.

Passengers have also hopped off carriages leaving behind a bag of condoms, false teeth, and a pork chop.

According to the study, train users have lost 38 million items of property valued at £906 million since November last year. 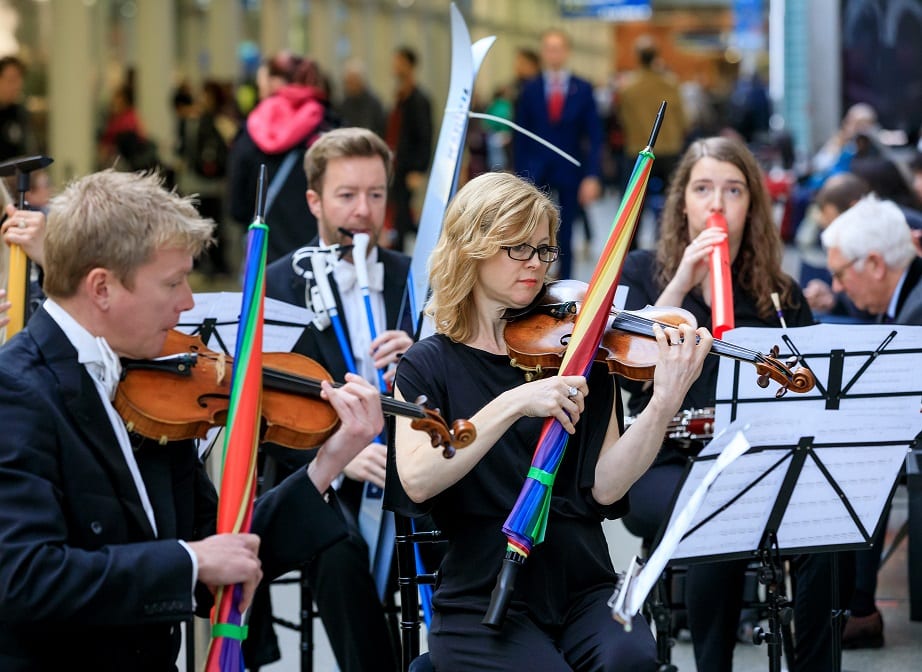 Jake Kelly, Managing Director of East Midlands Trains said: “We’ve all been there – you hop off the train when it reaches your destination, but your keys, phone or wallet carry on the journey without you.”

The study also found 66 per cent of travellers admitted searching for their much-loved belongings.

More than one third (39 per cent) give up looking after an hour, but five per cent of us spend more than 10 hours searching.

Travellers admit to leaving an average of two items on board every single month, blaming their forgetfulness on falling asleep (13 per cent) distractions from other passengers (20 per cent) or having one too many to drink (10 per cent). 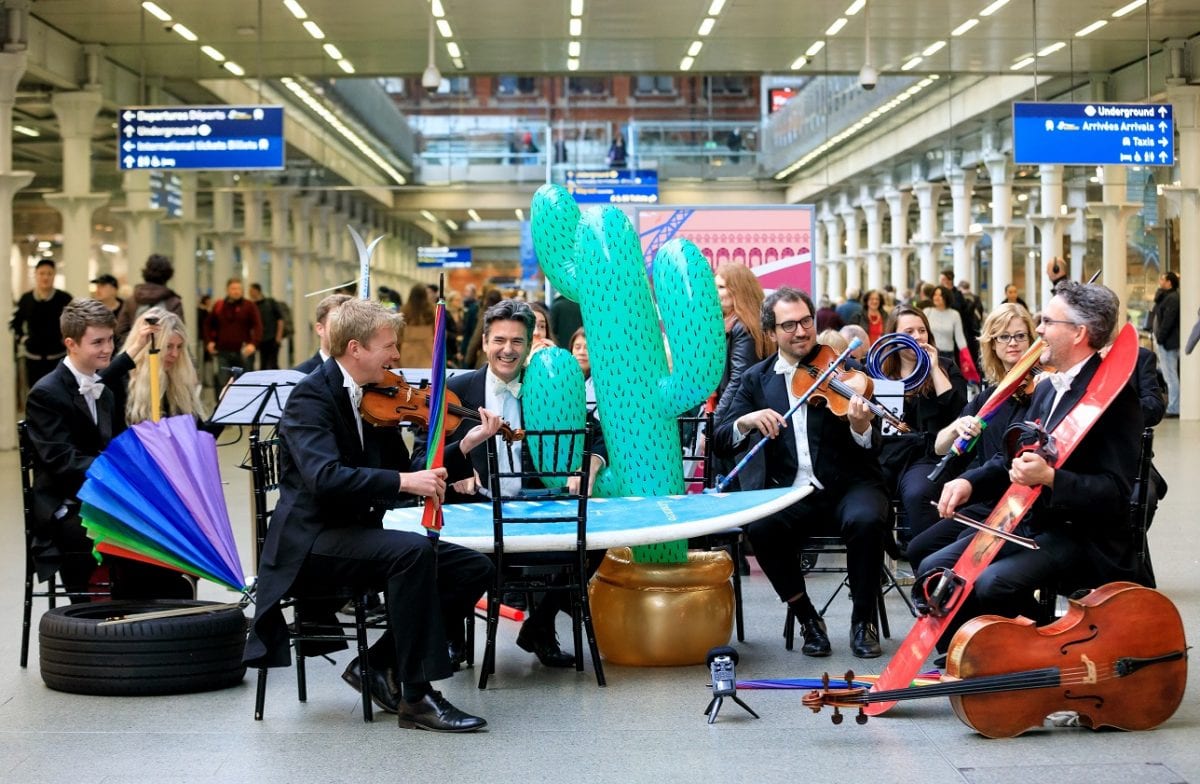 As well as losing their own luggage, 20 per cent of passengers admit to stumbling across possessions of others.

Three quarters said they hand them into a local lost property office and nine per cent would try and find the owner through social media.

However seven per cent of nosy parkers have a look before keeping the item for themselves.

Jake Kelly added: ”Our new Found It! Service makes it much quicker and easier for owners to be reunited with their possessions and what better way to celebrate this 21st century match making service than through the medium of music.”

Most unusual items lost on trains:

Most common items lost on trains: