★★★★☆ High Life is a confronting, visceral and totally obscure deep space adventure, that’s likely to appeal to viewers who prefer their science fiction movies in a minimalist, slow-burn style. This film, directed by Claire Denis, has arthouse written all over it. There are no galaxy shoot outs or alien invasions here – just cryptic […] 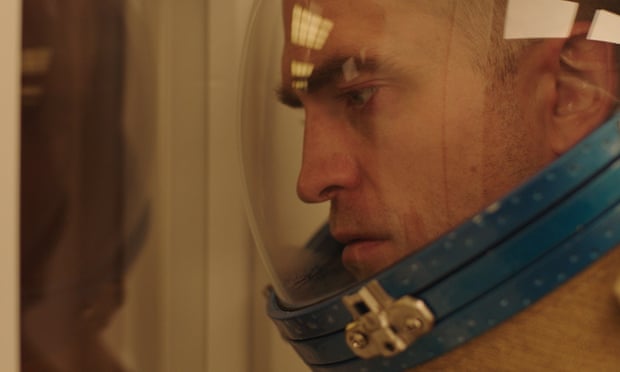 High Life is a confronting, visceral and totally obscure deep space adventure, that’s likely to appeal to viewers who prefer their science fiction movies in a minimalist, slow-burn style.

This film, directed by Claire Denis, has arthouse written all over it. There are no galaxy shoot outs or alien invasions here – just cryptic scenes of a criminal named Monte (Robert Pattinson), trying to survive on a prison ship while raising an infant girl, and the story focuses on different moments of Monte’s life in outer space. Moving through time, High Life shows us the people who once occupied the ship, space convicts like Monte, who were sent on a mission to investigate a black hole as a way to avoid incarceration.

That’s the gist of the plot and to give any more away would be unfair. It’s best watched with little sense of what you’re about to see but be warned: it is an absolute head-scratcher. Many strange and disturbing things occur, and the film doesn’t always explain why and what is happening. This is a movie in which you’re supposed to watch, listen and emotionally respond to. It’s not meant to be processed in the same way as a film with a traditional narrative arc. Denis makes you feel like you’re visiting a place that’s been lost in time or that exists in some alternate reality. Everything feels estranged and unnatural, and Denis’ use of a fragmented narrative and claustrophobic setting makes the film even eerier.

High Life raises a number of questions but doesn’t answer many of them. Take for example Monte and the other crew members. We know they’re convicts, but the film isn’t interested in what crimes they committed. High Life is more interested in exploring isolation, entrapment and the feeling of hopelessness. The film plays games with the viewer, offering elliptical clues about certain characters’ motivations and every scene is visually intriguing, unfolding in sensory details, through periods of silence and minimal exchanges of words.

High Life is the kind of film that will spark debates about its full meaning, message and whether it met expectations. With its sexual and psychedelic scenes, brutal violence and moments of catharsis, it’s a movie that’s not easy to watch, as it makes your brain work overtime. It is very heavy-handed and overindulgent, but it has such grandiose imagery that you might find yourself unable to look away. Ultimately High Life is a supreme slice of sci-fi: complex, audacious and warrants viewing on the big screen.