On April 26, 1977, Studio 54 opened its doors for the first time to crowds desperate to get the other side of the velvet ropes and past the blacked out doors that kept them out.  For many, the name undoubtedly conjures up images of whirring disco balls, celebrities and the seductive allure of debauchery.  Here, […] 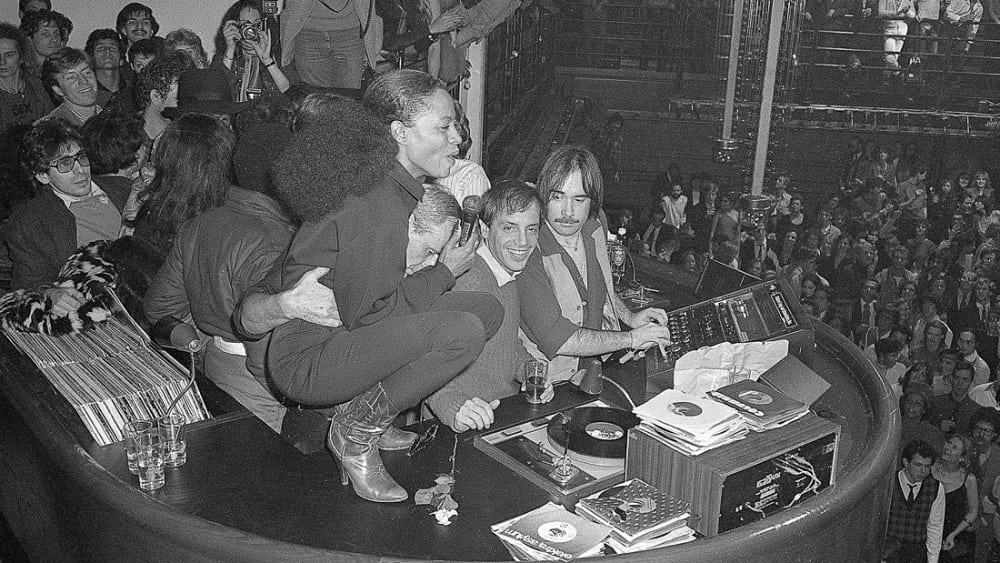 On April 26, 1977, Studio 54 opened its doors for the first time to crowds desperate to get the other side of the velvet ropes and past the blacked out doors that kept them out.  For many, the name undoubtedly conjures up images of whirring disco balls, celebrities and the seductive allure of debauchery.  Here, on the sweaty pit of the dance floor, crowds of Quaalude popping, disco-beat boppers welcomingly fell face forward into a world of vice and hedonism.  People boogied, indulged in booze, drugs and slinked off to the balcony, toilets or basement to engage in public sex and orgies.  But, what of the people who owned it?  And so, Matt Tyrnauer’s eponymous documentary sets about to explore just that, and through archival footage & talking head interviews tells a story that is as thrilling as it is revealing.

Ian Schrager and Steve Rubell were the two young, Brooklyn born upstarts behind Studio 54 and we travel with them through its rise and eventual fall.  The club’s iconic cultural status and explosion onto the New York nightlife scene takes up much of the film’s first half.  Talking heads explain the recipe behind the club’s success.  It’s acceptance and welcoming of homosexuals, people of colour, transvestites, transgenders and the cultural elite all ingredients that crafted an environment where people felt safe and could find refuge from the hard, destitute streets of New York.  In archival footage a transvestite and veteran reveller to Studio 54 states plainly, “we truly feel at home here.”

But, it is in the documentary’s second half that the Tyrnauer’s film finds its edge.  Behind the spectacular theatrics of the club, the hip thrusting partygoers and bare-chested bus boys existed a shady world shrouded in opportunism.  And, slowly it is revealed that the co-founders were cooking the books, skimming up to 80 percent of a night’s takings.  Furtherrevelations bring to light Schrager’s father and allegations that he had ties to the Jewish Mafia.

Interviews with Schrager and archival footage of Rubell, who died in 1989 of complications from AIDS, paint a picture of two players whose justification for their actions extendedbeyond being swept away by the intoxicating allure of money and fame.  The ducking and dodging when probed about their accounting comes with the knowing, smirking arrogance and embarrassment of boys caught with their fingers in the cookie jar, but who have escaped relatively unscathed.  The pair only served 13 months of a three and half year sentence.

There is no denying that the club carved out a place for itself in history, and that for many it was an unparalleled haven of freedom and expression.  But, interestingly, the end of Studio 54’s success coincided with the arrival of the 80s and the rise of the Yuppie culture.  And, Tyrnauer leaves you to wonder on the nobility of Schrager and Rubell’s motives, which seem to pre-empt Gordon Gekko’s mantra of “greed is good” by almost a decade.