By Michael McNulty Attila Till blends fantasy and reality in his Hungarian comedy-cum-action thriller, Kills on Wheels, about a trio of wheelchair bound hit men. Zoli (Zoltán Fenyvesi) and Barba (Ádám Feteke) are best mates, both with disabilities, who live in a rehabilitation centre and who have a passion for comic books. Zoli is in […] 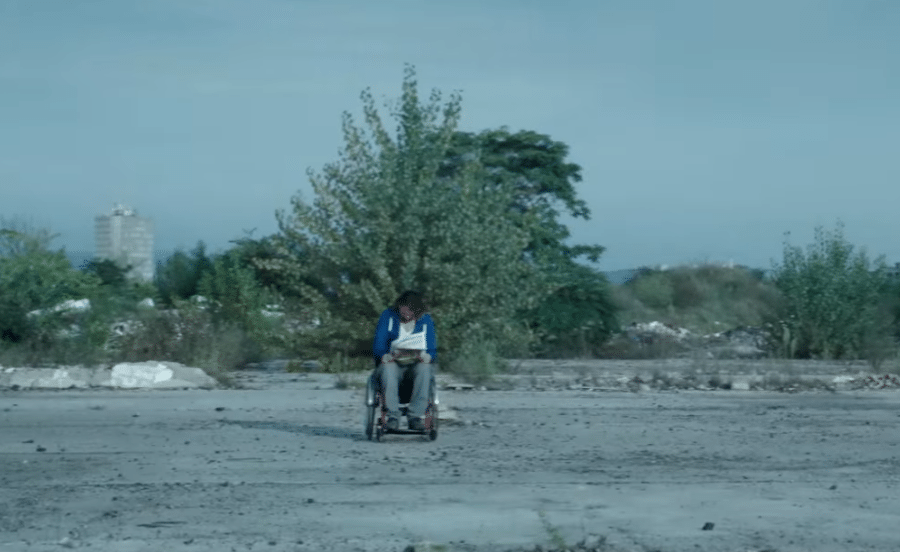 Attila Till blends fantasy and reality in his Hungarian comedy-cum-action thriller, Kills on Wheels, about a trio of wheelchair bound hit men.

Zoli (Zoltán Fenyvesi) and Barba (Ádám Feteke) are best mates, both with disabilities, who live in a rehabilitation centre and who have a passion for comic books. Zoli is in urgent need of spinal corrective surgery, but his pride prevents him from accepting money from his estranged father to cover the costs.

Marginalized and resigned to the idea of a life of limitation, the boys grapple with pent up frustration and boredom. This all changes one afternoon when Zoli and Barba meet Rupaszov (Szabolcs Thuróczy) in a back alley as they aimlessly spray a fire extinguisher against a brick wall.

Recently released from prison, Rupaszov, a former fireman who lost the use of his legs when the floor of a burning building gave out, befriends the boys and offers them the opportunity to make a bit of extra cash and a break from the restrictive reality of their lives. Zoli and Barba quickly learn that the ex-fire fighter works for Serbian gangster, Rados (Dusán Vitanovics), icing the competition of the criminal underworld.

Kills on Wheels jumps from comedy to drama to action thriller and Attila Till juggles the tonal shifts confidently. However, it is in the relationship between the trio that the film really finds its wheels. Beneath Rupaszov’s cynical, gruff exterior is a fatherly compassion and optimism that encourages both Zoli and Barba to look beyond their disabilities and for Rupaszov to accept his own.

There is a lot of fun to be had with Attila Till’s film. An impressive hit, involving pigeons and the conceit that nobody would suspect a person in a wheelchair to be a deadly assassin, plays out excellently and the film generates some genuine laughs too. In one scene, Rupaszov faces off with a group of muscle bound heavies and gets stuck in the thigh with a giant blade. There is a pause, “I’m paralyzed from the waist down. I can’t feel a thing,” he says in deadpan, before pulling the blade from his leg and chucking it at their feet.

The result is a film that is both warm and thrilling, with characters that are sympathetic and strong and invites pause for thought in its much needed screen representation of the disabled community, that is heightened through the use of actors with actual disabilities (only Rupaszov character is played by an actor without a disability).

Kills on Wheels is an inventive film with heart.