By Linda Marric Film adaptation of well loved books haven’t always had a good reaction from fans of the original source material. However, when an adaption is well crafted, it can sometimes add a whole other layer to the story and might even motivate those unfamiliar with the books to delve deeper into the writer’s […] 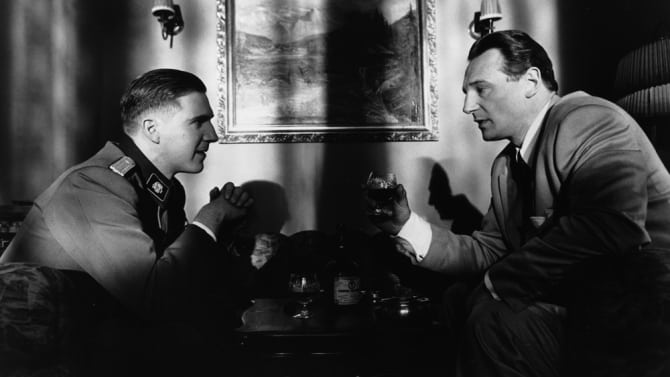 Film adaptation of well loved books haven’t always had a good reaction from fans of the original source material. However, when an adaption is well crafted, it can sometimes add a whole other layer to the story and might even motivate those unfamiliar with the books to delve deeper into the writer’s other work. Adapted from a novel by Australian writer Peter Carrey which won him the prize in 1998, Oscar and Lucinda is a beautifully poetic account of two individuals battling against preconceived ideas about their place in the world. Australian heiress Lucinda (Cate Blanchett) and Anglican priest Oscar (Ralph Fiennes) meet on a boat taking them halfway across the globe to Australia. Their passion for gambling and for each other is met with suspicion and hostility from those around them. Set against the background of the stuffy British empire, Blachett is brilliant as a woman motivated by her quest for equally and the betterment of women’s rights. Anthony Mingehella wrote and directed this adaptation of Michael Ondaatje’s award winning novel by the same name. One of the most iconic films of the late 1990s, The English Patient is about a doomed love affair set on a field hospital during World War II. The film stars the always brilliant Juliette Binoche as Hana, a nurse from Canada caring for a soldier (Ralph Fiennes) who has suffered a memory loss. Unable to identify him, Hana refers to him only as the English Patient. The production is one of the late Anthony Minghella’s most successful films at the box office to date. Nominated for 9 Oscars and a number of other prizes around the world, The English Patient is one of the most beautiful love stories ever told, be it on film or in writing. Ang Lee directs this adaptation of Yann Mart’s 2001 excellent fantasy novel about a boy’s survival on a a boat in the middle of the ocean with only a Bengal tiger as his companion,. This multi layered story is packed full of symbolisms and allegory and tells a tale of adventure and triumph over evil. Staring Suraj Sharma as Pi, the film didn’t get the attention it deserve at its released but has since become an instant classic. One of the most skilful directors of his generation, Ang Lee manages to tell a truly compelling story through the original source material whilst adding his own special brand of fantasy and poetic flare to the story. Kazuo Ishiguro’s brilliant Booker prize winning novel gets a masterful adaptation from James Ivory with a screenplay from Ruth Prawer Jhabvala. Emma Thompson and Anthony Hopkins star as the star-crossed-overs in this genuinely moving piece of filmmaking about the inner lives of those serving the English Upper classes. With one of the most moving and heartbreaking denouements ever written or filmed, The Remains Of The Day will forever be one of Ishiguro’s most beautifully stories ever told. Steven Spielberg masterfully brings Thomas Keneally’s brilliant book to life in this moving account of one man’s mission to save his factory workers from the horrors of Nazi concentration camps. Shot mostly in black and white, bar one single sequence, the film went on amass 8 Oscar nominations and rave reviews across the board. scripted by Steven Zaillian, Schindler’s List remains to this day one of the most harrowing and touching accounts about the horrors of nazism ever made.

The Sense of an Ending is on general release from Friday April 14th.