There are two things about April K. Hunter that will initially surprise you, yet both have massively contributed towards her skill and success as a writer. The first is that she has worked as a professional wrestler for nearly twenty years. All those years, all those miles, all those less talented or momentarily absent-minded opponents […] 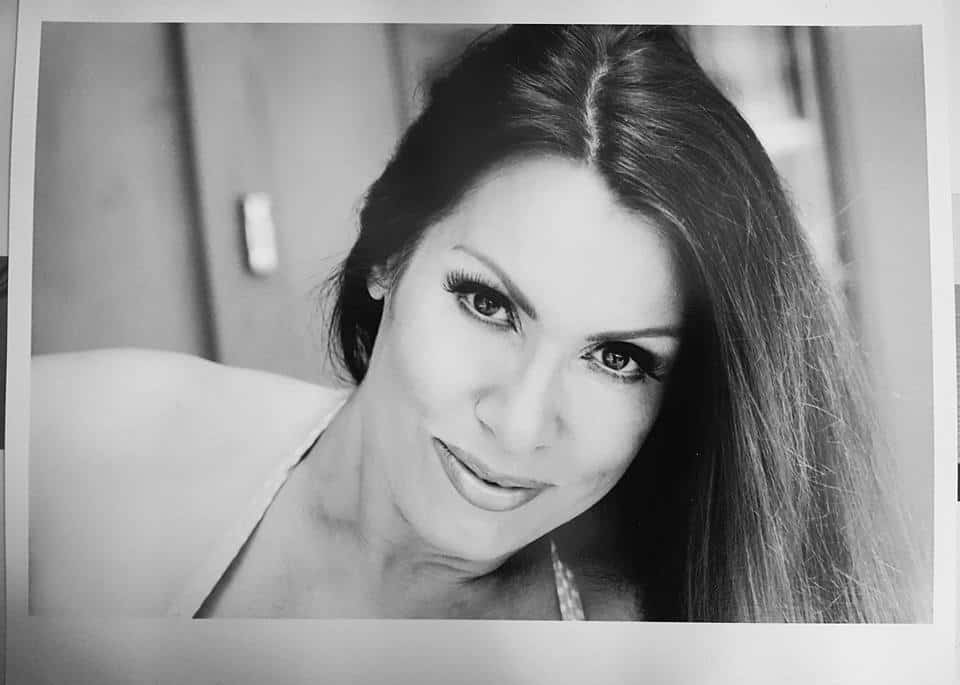 There are two things about April K. Hunter that will initially surprise you, yet both have massively contributed towards her skill and success as a writer. The first is that she has worked as a professional wrestler for nearly twenty years. All those years, all those miles, all those less talented or momentarily absent-minded opponents have dealt her the lasting aches of broken bones, blown out knees and ear drums that are the life-long reminders of her first art.

Indeed, I said art and I meant it. Oh I don’t mind one bit if you choose to challenge that choice of terminology, for it has been challenged many times by many people, not a one of which knew what they were talking about. Let me rebut the same way I have on each of those occasions. Wrestling is an art of storytelling, as indeed all arts are at some level, even architecture which describes a narrative through physical forms. Everything Aristotle demanded of a story is present in a well-booked wrestling – competing goals, rising tension, crises and resolution. All must be described by bodies in motion and all must be compelling and believable to the fan in both the first and hundredth row. Storytelling. A successful wrestler must understand stories and how to tell them. April K. Hunter is a storyteller.

She is also a nude fetish model in her second career. Perhaps I should have mentioned that right at the outset, before you checked Google Images out of curiosity. Surprise! That too is a form of storytelling, with the arrangement of body and sum of expression within a setting designed to reveal a character, sometimes even the self. More so, all the best writers work naked. Any truth hidden or dodged is a stone across the cave entrance; nudity of the soul is the torch that reveals the ancient paintings etched into the interior walls.

Now it is my turn for truth. I have never met April K. Hunter face-to-face, yet I have known her for six years or so from the time we first recorded an interview when I was writing for what is known as a wrestling ‘dirt sheet’, pwtorch.com. That’s right darlings, it’s not all ballets and bon mots filling my entertainment hours. I liked April right from the start. We share a deep admiration for many of the same writers (wrestlers as a group are extraordinarily well-read; all those hours in cars, on planes and plastic-wrapped hotel chains) , music, household pets and chickens. It’s a sad error in the development of human civilization that we are not allowed to choose our own family members. If I could, I’d happily trade at least three cousins and an uncle to be named later in order to have April as a sister. A big, flame-haired, impossibly intelligent sister.

‘Aha!’ says you, ‘How can you possibly review this person’s work objectively?’ Fair enough question I suppose. Would you like me to tell which of my actual relatives are bigots, drug addicts or thieves? Trust me, I do objective.

April has entered her third and final career, this time as a writer. From the moment she started her soul-exposing, heart-ripping, funny, profane and profound blog Putting the Clothes On, Taking the Gloves Off I have known that she has found her greatest art. Read it sometime. You will learn things.

And now we come to Undisclosed Darkness, April K. Hunter’s first collection of four short stories, developed over the course (and courses) of two years of study at Florida’s Full Sail University. (Only Florida would ever have a university named Full Sail. I don’t knock the institution, but it sounds like a brand of big girls’ tee shirts.) Now, four stories may sound slim, but how long was Hemingway’s In Our Time? Wait, I’ll answer that, thirty-one pages. Ms Hunter’s is forty-eight pages, so therefore she is already 50% greater than Hemingway, if length is the criterion. Then again, if length was the criterion, two-thirds of the You that are the male You would be found tomorrow morning slumped against brain-spattered walls. And the, who would I have to talk to, huh?

As to the stories within Undisclosed Darkness, one is genius, two are excellent and two are rock-solid. The work of genius is ‘Blind Date.’ All the cynicism of women dropped by, shall we say, inappropriate men is there. As is a surprise. As is reality. I completely bel;ieved in the story’s tension, a character with no reason to believe in anything beyond cheap motel room sex, and a final swerve that – gasp! – actually is believable.

‘Buried Treasure’ is a dark mood piece that reads like the best film synopsis you’ll ever see. A dying woman finally tells her daughter what a complete bastard her father was during a pleasure boat jaunt. Does that sound cliche? Have you ever read that before? No you haven’t, so it’s not a cliche.

I could go on but, as River Song said, ‘Spoilers.’ I want you – and seriously, I really want you to dip into these stories and wallow in their writer’s words. I ‘get’ a lot of these as I know Ms Hunter, but that is not a prerequisite of enjoyment.

April K. Hunter – and I have told her this – has more raw talent than a nation filled with MFAs. (Good luck ever getting your stuck plumbing unlocked if that’s the case.) She tales you on a journey so deep into your mind that once you’re there, you’ve forgotten the Why and are left with the How.

April k. Hunter is a storyteller. Oh my, yes she is.