By Joe Mellor, Deputy Editor Your new album “Reverie” is quite a departure from your earlier work such as “Soul Train.” Why the change of direction? 30 odd years ago when I was making Swans Way records and Scarlet Fantastic records I was doing exactly what felt right for me at the time. I have always […] 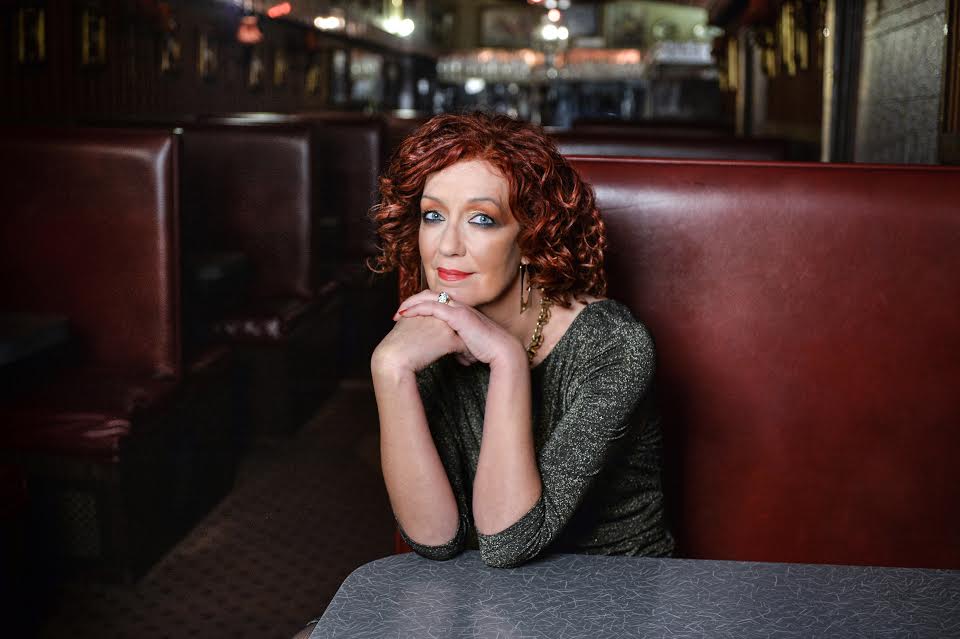 Your new album “Reverie” is quite a departure from your earlier work such as “Soul Train.” Why the change of direction?

30 odd years ago when I was making Swans Way records and Scarlet Fantastic records I was doing exactly what felt right for me at the time. I have always done that with all of my bands and musical projects. I’m still doing that today, making music that feels right for me at this present time! I have noticed that these latest songs contain some similar themes to the earlier ones but stylistically they are very different. I wanted this album to be a very vocal orientated album with emphasis on the songs so I decided to make it an acoustic/organic type of album which seems to suit the type of songs that I have written recently.

You’ve collaborated with a lot of varied and interesting people such as Pop Will Eat Itself, Hifi Sean and Martin Watkins from Marc Almond’s band. What would be your dream collaboration and why?

Now that’s a very interesting question!! There must be so many people that I would ADORE to collaborate with, sadly some of them are no more…… I would love to work with someone
who is a master of film soundtracks like Ennio Morricone or maybe even Clint Mansell (who coincidentally was also in Pop Will Eat Itself!)

You appeared on TV with and went on to support fellow Birmingham band Duran Duran on tour. Was there a big scene of Birmingham bands you that you were part of when growing up? Do you miss Birmingham?

Birmingham was a fantastic, fun, lively and inspirational place to grow up in. There was a hugely thriving but very diverse music scene ranging from Dexys Midnight Runners, UB40 (who I appeared in a film with) Duran Duran, Steel Pulse and the Beat. We all would hang out in the same places, go to the same clubs & drink & gig in the same pubs. There was a studio in Mosely run by a guy called Bob Lamb who was the drummer in the Steve Gibbons band & Ruby turner’s band and he used to record all our early demos. Bob’s home of the hits was the place we all went to.

We recorded all our new material on his little 4 track, Duran Duran too! Bob produced the first UB40 album. My first manager was also UB40’s manager! I don’t miss Birmingham (although I do miss the curries!!). It has a place in my heart but that was a certain part of my life that is gone now. I then enjoyed over a decade in London & spent time living in Dublin too. I now love living by the sea on the South Coast, I wouldn’t change a thing!

You’ve also appeared in various TV shows and films over the years. Is acting something you’d consider pursuing full time?

Not acting but I would love to do a show with the idea of “Going where no Maggie has gone Before.” The idea would be that I would travel to far flung, remote and often difficult to access places where I would turn up out of the blue and sing to the locals, no set up with a mike or anything but just standing there opening my mouth in front of the gathered crowd & singing!! I’m not sure what they would make of me with my 6ft stature and red curly mop. It’s a fun idea!!!

You have a lot of fans in the dance music world such as Annie Nightingale and Andrew Weatherall. Do you love this kind of music? If so, where does this passion come from?

I do love dance music as I love dancing!! I’ve always loved dancing. My mum used to play all the old soul classics and also some crazy heavy stuff like Iron Butterfly “In a gadda da vida” (Silence of the Lambs) and as a kid I would throw myself around the room to it! I always loved the art rock post punk band Suicide and loved dancing to Cheri Cheri but what really blew me away was listening to Chicago house for the first time in the early 80s. I remember going up to one of my DJ friends and asking “What IS this music??!!”

You’ve travelled extensively. How does this impact on your music?

Travelling is my second passion after music. I adore nature and the natural world and being in wide open spaces, deserts, mountains, tropical rain forests and all these kind of places is a huge inspiration for me. One of the songs on the album is inspired by a beautiful moment I had in Iceland when I was staying in an artist friend’s apartment in Reykjavik. It was a Sunday morning and the snow was gently falling, I had seen the Northern lights for the 4th time the night before and I was feeling pretty good, full of the magic of the place. I opened the door and the birds were making such a noise in the trees and the church bells were ringing in the distance & I just had one of those “moments.” I felt totally “connected” with nature and the universe. It was so special! I went back inside into the warm and started scribbling some words which ended up being my song “Church Bells and Starlings” when I returned to the UK.

You now live on the coast. Again, does this have an impact on your music or the way you make it?

I love living by the sea. I go and be by it every day, even though I’ve lived here for many years now, the sea still feels beautiful everyday. I love it’s ever changing colours and moods. I live just by the beach. I think living here does impact on me. If I have to deal with life’s stresses or challenging events the sea is always such a calming influence. I can clear my head being by the sea which works really well for the creative process as it allows ideas to flow more easily.

Do you keep up-to-date with new music? Any new artists you could recommend?

I have some talented friends whose new music I really enjoy! Dominic Silvani from the band The Avon Guard sang with me on my new album “Reverie” and I like what he does with his band very much. A Brighton band I admire are Bird Eats Baby and I also like Glean from Minneapolis, I sang some vocals on their EP “Shadows and Sand.” Hifi Sean ex Soup Dragons is doing some really fab new stuff and he has a new album coming out called “Hifi Sean ft” with some fantastic guest singers on (Alan Vega Suicide, Yoko Ono, Fred B52s and many more). I have recorded a track with him for his new album.
I tend to like a lot of soundtrack type bands, I discovered Wild Birds and Peace Drums after watching the TV series set in Iceland “Fortitude.”

‘Reverie’ is out on the 3rd June