By Joe Mellor, Deputy Editor How did you guys get together as Northeast Party House? And where did the name originate from? Three of us attended the same high school and played together in various jazz ensembles, orchestras and choirs. It wasn’t until we left school and started going out to clubs and festivals that […] 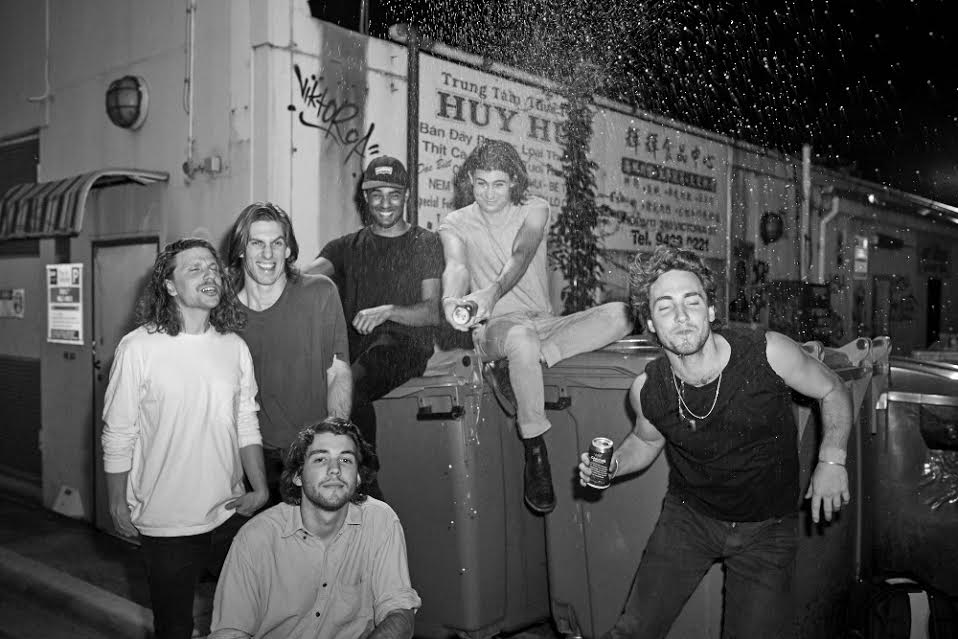 How did you guys get together as Northeast Party House? And where did the name originate from?

Three of us attended the same high school and played together in various jazz ensembles, orchestras and choirs. It wasn’t until we left school and started going out to clubs and festivals that we had the epiphany that we could start a band playing the music we actually enjoyed. The name Northeast Party House is a reference to a two week house party our good friend Sam Northeast held at his Mum’s apartment when we were 17. His darling Mum went overseas on holiday and left Sam behind to look after the place. Things took a turn for the worse when he invited an entire club of strangers back for kick ons over the PA system on the first night.

After already playing in London last year are you excited to return to the city?

Yeah we really are. Our show at Kokos last year was easily the highlight of our world tour. We were blown away by the reception we got over there. We also have our good friends from back in Australia, Millions, playing with us at The Garage which will be good fun. We’ve toured with them a lot back home and have been missing them since they relocated to London a few years ago.

The Haunted’ – released as a single went straight to high rotation on Australian youth radio network Triple J and is currently sitting at over a million streams on Spotify, Were you expecting it to gather this much support?

We actually never thought ‘The Haunted’ would make it as a single. It wasn’t a short three minute track with a huge catchy chorus but it was always a personal favorite of ours. When our label A&R said he thought it should be the leading single we were pleasantly surprised. So yeah the fact it’s done so well for us was quite unexpected.

If you had one band you could tour with who would it be?

Touring with Mac Demarco would be a big of a laugh. Mitch (guitar) and I saw him in Melbourne a few months ago and it was a super fun show. All the support acts joined him on stage and they seemed like they were really getting stuck into it. He’d hate our music but I think we’d get along.

How are the crowds different in the UK to Australia?

It’s hard to tell as we’ve only ever played two shows in London before and they were both packed with Aussies. Our shows back home are pretty crazy. Our fans know what to expect and are usually pretty munted by the time we go on so it’s always a wild experience. Overseas audiences are still really energetic but not quite at the levels of our home shows. Which is actually really rewarding for us as we have to work harder on stage to win people over.

Do you keep up to date with new bands and music? Any bands you would recommend us keeping an eye on?

We’re playing The Great Escape in Brighton while we’re over in the UK and as I was glancing over the line up the other day I came across an artist called Ary from Norway (I think). She has a song called ‘Higher’ which I’ve been absolutely thrashing this week and I’m real excited to see her live. Check her out. Kind of Bjork meets Grimes meets Todd Terje.

What have you guys got planned in the future? And what can we expect from Northeast Party house?

We’re currently recording on our second album. We were hoping to have it all tracked before our European tour but unfortunately we’re running behind so we’ve booked some time at a studio in London on our days off to finish it. We’ll mix it when we return to Melbourne and it should be ready for release around September.