By Joe Mellor, Deputy Editor It’s hardly surprising that lots of audiences are a bit scared of Red Bastard. Think a team-building away day, but with an aggressive, brutal red blob as the motivational speaker. We caught up with him, with our hands slightly shaking… You are bringing Red Bastard to London’s Arts Theatre from […] 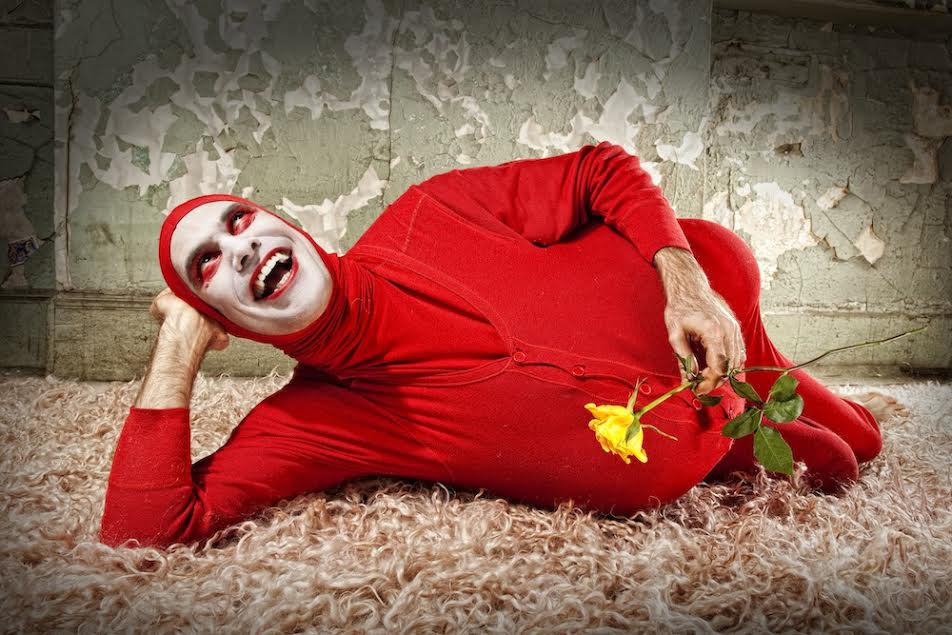 It’s hardly surprising that lots of audiences are a bit scared of Red Bastard. Think a team-building away day, but with an aggressive, brutal red blob as the motivational speaker. We caught up with him, with our hands slightly shaking…

You are bringing Red Bastard to London’s Arts Theatre from feb 22nd – march 5th, can you tell us a bit about the show?

Sure… Close your eyes. Now imagine: a dangerous, seductive comedy-monster. What could that be? Picture yourself on a roller coaster ride. You feel exhilarated… a little nervous, but you’re laughing and at the edge of your seat. Sometimes the show is onstage, sometimes it’s in the audience. You look around, and suddenly you’re no longer sitting next to the same people. You find yourself shouting out things you’d never thought you’d say. Perhaps you even change the entire course of your life. Perhaps not. It’s fun. It’s funny. And it’s live. The show has received over a dozen 5-star reviews and awards and was named top 5 shows in the UK. (The List). It’s a comic night of raw conversation, traps/rewards and catch-22’s. And probably unlike anything you’ve seen.

Where did the inspiration for the character Red Bastard come from?

It began as a parody of a former university teacher. The kind of person you can never please- You know the one. I put the character in an absurdly voluptuous body, adding a strange charm to his arrogance. It’s the charm, (hopefully) that draws people in and allows them to come on such an unusual ride.

You have had a lot of success from the character Red Bastard in the UK in both London and at the Edinburgh Fringe Festival, what qualities do you think make him so appealing to audiences?

The thing I’ve been told over and over again is that people have NEVER seen anything like it. I think that’s why there was so much word of mouth. It can be funny, but it also has the potential to invoke real change. I think that’s rare in a show. I think that’s why people respond to it. Even at a show the other night I had a number of people that I did not know, say they had come back to see it again and brought friends. There were shows in Edinburgh where the entire audience wept. Another show, a lady literally said she was leaving because she pissed her pants laughing. That’s the spectrum.

You were previously a Cirque du Soleil clown, how does having your own solo show compare?

It’s WORLDS apart. I have complete freedom to play in my show. Many clowns are trained to value improvisation and spontaneity in performing. There’s value in anarchy. In my opinion it is the lifeblood of clown. It’s the antithesis of corporate AND another very good reason to come experience the show. I mean- haven’t you had enough 9-5? You have taken Red Bastard to many different countries and cities, how does each compare? Where has been your favorite place to perform?

Edinburgh was one of my favorites to be truthful. There were some beautiful shows there- and by shows, I mean audiences. Laughing, passionate, stand on their feet, arguing, intimate, courageous and inspiring audiences. Unlike Perth, Australia. Perth was like kissing a dead fish. I’m happy to be here in London 🙂

You recently shot a feature film called ‘URGE’ with Pierce Bronson due out later this year, what was it like taking Red Bastard from the stage to the big screen?

The most noticeable thing was that there is NO AUDIENCE there. You do your work, and it’s SILENT. That took some getting used to. But I loved it and I definitely want to do more. He’s great on camera.

This is that last chance for audiences to see the original Red Bastard show in London, what’s next for you and Red Bastard?

I just signed with United Talent Agency (Johnny Depp’s Agency- whoo hoo!) which I’m very, very excited about. I’m writing a pilot for Red Bastard which is super fun. We’re just getting ready to start pitching. I’m also looking to do a new live show in which I have an affair with the audience- whatever that means. (Can you imagine?) Benefactors welcome.

And finally, can you use 5 words to tell us what to expect from Red Bastard?

Fantastically fun and ferociously F**k’d. (Hopefully that recalls the best night you’ve ever had. See you soon, my friends.)