What is your show about? Polly and Eve have a surprisingly hilarious time travelling the UK with their best friend’s ashes in a Wizard of Oz lunchbox. At Dylan’s funeral, they are handed the box along with posthumous instructions to take him on the UK road trip he never got to go on. The two […] 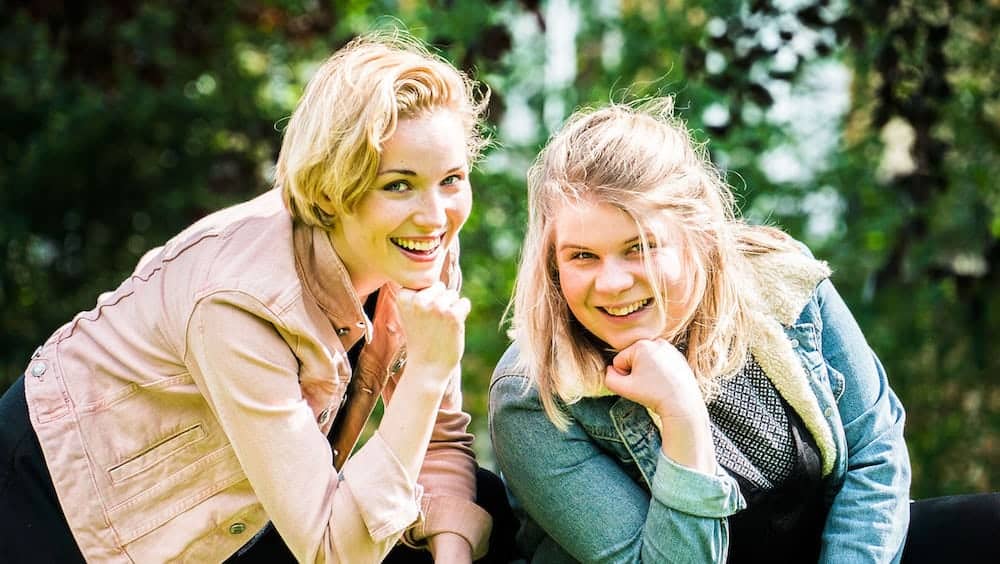 Polly and Eve have a surprisingly hilarious time travelling the UK with their best friend’s ashes in a Wizard of Oz lunchbox.

At Dylan’s funeral, they are handed the box along with posthumous instructions to take him on the UK road trip he never got to go on.

The two women haven’t spoken after a friendship destroying argument several years ago and on top of some devastating grief, this is not ideal.

Their journey is narrated by an onstage band called ‘Party in the Sky’, led by Dylan, who soundtrack the trip and fill in some blanks from the past.

As they deal with loss, life and a number of questionable regional representatives, the reason for their original separation looms large again; there’s a thin line between love and hate, but is it too late to rectify their mistakes?

Getting to sit in a room and make each other laugh for hours and be in some way able to describe it as ‘work’. Topping each other’s jokes and finding mad characters and little sweet moments through chatting and being silly and getting increasingly enthusiastic and loud. (Sorry everyone who has ever been near us at this stage. Not really. No regrets. #art)

….. And the worst?
When we write something that is obviously genius and then in rehearsal someone asks why it’s funny and you doubt everything you have ever written and would rather die than do the show

How did you start off in comedy, and did you always want to be a comedian?
M: I played an elf on strike in the nativity and realized getting laughs was more affirmation than my mother could ever provide

S: No I was actually an intensely sincere child and found it really annoying that my younger sister got lots of laughs and I didn’t. This is according to my Mum, I don’t actually remember but I assumed what happened next was a long montage involving trying out pratfalls and pacing around intensely with a squirty flower.

M: We both naturally leant towards comedy in writing and performing so it made sense once we became Mack & Salt to do the comedy thing I think

You’re heading up to the Edinburgh Fringe this year. Are you excited or nervous?

S: I don’t think it’s ever not terrifying is it?

M: Maybe not for Gecko?

M: That’s because in Manchester you get a while life story over the ice-cream stand

S: Or because in London everyone’s too in shock about how much the ice-cream has just cost them to speak

Do you have a favorite place to go when in London?

M: Southbank is always glorious, but Peckham has my heart

S: I agree, the big smoke is new for me so I’m just quite happy to be here at all

M: We had a very drunk gentleman stumble out yelling ‘there are gays in it and they didn’t tell us!’

S: Ooh yeah that was a lovely highlight

… And what’s your best heckler put down?

S: We unfortunately suffer from having to plough on with the narrative

S: Our next dance break after the homophobe left (see above) was particularly aggressive

M: Oh he definitely got the message from my hips

Describe your show in 5 words.

There are gays in it

(That’s one heckle we’re not having again…)

Deadpan Theatre perform Third Wheel at the Pleasance Theatre in Islington on the 29th and 30th July before taking the show at the Edinburgh Festival Fringe at Gilded Balloon, Dining Room from 2nd -27th Aug at 2pm. More info and tickets are available at www.deadpantheatreco.co.uk