If you have not heard of the Irish writer Karl Parkinson before, well let me tell you two things. One, you really need to move in better and more alternative circles; and two, you’re missing out on something special. Parkinson’s first novel, The Blocks, like a great thoroughbred on its maiden race broke screaming with […] 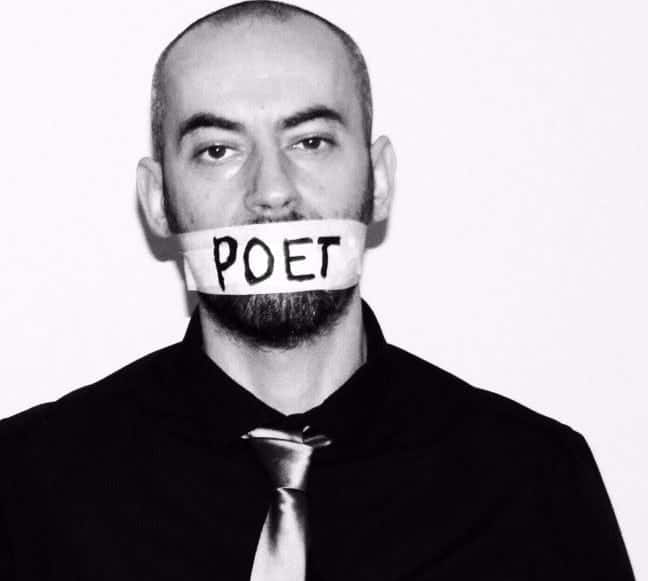 If you have not heard of the Irish writer Karl Parkinson before, well let me tell you two things. One, you really need to move in better and more alternative circles; and two, you’re missing out on something special. Parkinson’s first novel, The Blocks, like a great thoroughbred on its maiden race broke screaming with nostrils flared from the gate. It was the novel Ireland had not only waited for, it was the novel Ireland needed – no false nostalgia or theme pub metaphors. It was as down and as dirty as Shane Magowan’s teeth before he had them fixed. Parkinson wrote of the Ireland that the Cook’s Tours skip over – poverty, drugs, death, crime, do what you have to do because there is no one to help you to do anything else. If it was any more Existentialist, Sartre and Camus would have emerged from the grave and kissed him on both cheeks. Then they would have sobbed into their pillows that they had not thought of The Blocks first.

Generally speaking, I never give a moment’s thought to a writer’s biography and/or career when assessing a book. Butterflies of a Bad Summer necessitates a reconsideration of all that as this slim volume of verse is, with a various few yet equally important exceptions, Parkinson’s assessment of himself. It is dangerous stuff to assume one knows a writer’s mind – where you imagine him grimly clutching the last pint before time is called, he might be chasing the trails of faery dust through a peaceful glen – yet I am going to call the writer’s bet based on the narrative I see in his hole cards. Karl Parkinson wants to know if he Belongs.

Oh, to a writer this is important stuff and don’t kid yourself that it’s not. You hammer at a typewriter for years until the technology changes and you tickle-chiclet at a laptop keyboard for years more until – and everything in media happens slowly until it happens at which point it happens fast – you are an overnight success after three thousand nights and amidst all the acclaim you wonder, ‘Wait. Did someone make a mistake?’

It is a transition point, when a writer becomes an Author. Suddenly, and it is a matter of suddenly, one feels the same as ever except now, for whatever reason (oh right, I wrote a best-selling novel!) people start tp pay attention to the exact same things you’ve been roaring or whispering from the pub stool for twenty years. So, as Robert Redford said at the end of The Candidate, now what?

Well, you know, just as newly elected Presidents look for examples from previously elected, successful Presidents, writers who are now Authors start digging through the biographies, looking for advice, hints,templates!. And that, if I am reading it right, is very much the head space from which Karl Parkinson wrote Butterflies of a Bad Summer. Let us look at the first poem, for such placements are not chosen at random. ‘Rimbaud You Kiss My Ear’ invokes, in order, Lorca, Pound, Kerouac, Woolf, Ian Curtis, Caravaggio, Hemingway and the titular Rimbaud. Save for Ian Curtis, of whom I honestly admit to having no prior knowledge, all the rest share two points of personal history: brilliance and mental illness. Virginia Woolf and Ernest Hemingway chose their own death by suicide; Jack Kerouac did the same, but the slow way, by drinking himself to death. Ezra Pound? Well Jesus, they just locked him up for sedition and let him work on the Cantos from an asylum cell. And yet, Karl Parkinson end his poem with a relentlessly cheery, ‘All is well!’

So what strange brew do we have before us? Parkinson could have chosen any of a thousand writers who gained fame in mid-life who did not end their run at The White Stag of Fame (cf. Ezra Pound) by sending a shotgun shell through their skulls, yet he chose these writers. So what is the tie, what is the rub he wants from them?

Charles Bukowski shows up later in this collection, in ‘Bukowski Jumped Off the Shelf, And Saved Me From Drowning’. Parkinson (or to be fair, his narrative voice) wakes up ‘spitting demons. The day got on top of me like a brutalizing cop and inside me like a tapeworm’ which I have to say is very good, brutal imagery. Old Charlie shoves his way off the bookshelf and into reality and says:

If you try to hard for something, you won’t get it,

take twenty off, you’ll be even stronger.

To which advice the narrative voice sighs, ‘And everything was fine, just fine.’ Yeah? You’re saying that? The hell it is.

If Parkinson is writing purely from a persona it’s one of the purest, Well Holy fuck Jesus personas I have ever seen. If he’s writing from a perspective of ‘now what do I do?’ then there are things to be concerned about for those who care, as I do. As Parkinson has written these poems, purely shaped and edited them as he went along, I am slightly at ease. A poem such as ‘His Friends Called Him Cubby’, dedicated to Hubert Selby, could not exist without perspective, and perspective implies strength.

Except for such poems as ‘The Art Is What You Need’, by and large Karl Parkinson puts his own aesthetic into the background in favour of the, let us say, Hall of Famers. The result? The overall assessment? This is disturbing, troublesome writing and therefore a bit of genius. As the music critic and novelist Marcia Davenport once said, ‘All the great poets died young, fiction is the art on middle age, and essays are the art of old age.’ I look forward to Karl Parkinson’s essays.