For once in my life I am going to write a book review like a proper football match report and put the final score in the lead paragraph. Scott Murray’s history of the Football League’s First Division, The Title is as fine a book on English sport as will be published this year. If I […] 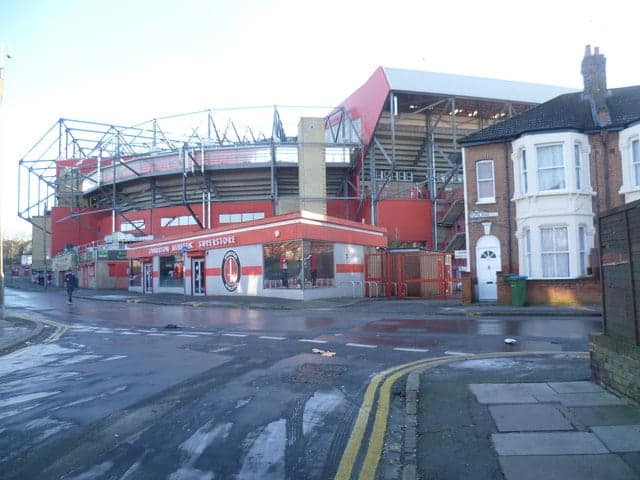 For once in my life I am going to write a book review like a proper football match report and put the final score in the lead paragraph. Scott Murray’s history of the Football League’s First Division, The Title is as fine a book on English sport as will be published this year. If I were you, I’d hurry on down to Waterstone’s or W.H. Smith (other bookstores are available), buy a copy, then hide it away somewhere before Christmas morning. There. You have Dad or Granddad’s gift sorted. PS – they’ve always hated your taste in men’s cologne.

Now I should mention that although I have never met Scott Murray, he and I have been exchanging lively correspondence for a good decade or so. Scott often does the football Minute-by-Minute reports for The Guardian and does similar Hole-by-Hole reports for all of golf’s major events, the latter having earned him the well-deserved nickname of Doctor Golf. For my part, I’m one of those wiseacres who takes injury or commercial breaks as an opportunity to email or Tweet thoughts on the action with the considerable pleasure of often seeing them quoted in the MBM or HBH. Hey, you have your hobbies and I have mine. Don’t be a judge.

What I’ve always enjoyed about Scott’s work is that he is not afraid to show his fan’s heart and his wit on the page, which is not only enjoyable, it is necessary. Even though in the world of newspapers the Sports desk isn’t generally seen as the highest of literary callings (the American term is ‘the toy department’) that is entirely unfair. Sportswriting has an obstacle that the good people covering politics or science or even popular culture do not have to face. Until a journalist tells you what Theresa May’s Brexit plan is, what life there might be on Mars, or what the movie opening this weekend is about, you don’t know. The journalist in those fields is the first messenger. But with Sport? Anyone with a pair of eyeballs who cares knows that Liverpool drew with Watford 3-3 and the former better shore up its defence or this is going to be much too long a season.

The only tool or tools a sportswriter has at his or her disposal so he or she is not disposable is style and personality. Thus for the reader choosing a newspaper is much like choosing a pub and which stool next to whom are you going to settle into for some conversation. In the case of The Guardian, it could be the chilled as a martini opinions of Marina Hyde, the dark as stout wisdom and sarcasm of Rob Smyth, or the ultimate Irishman Barry Glendenning, always within a well-placed or misplaced word between a laugh or a sock in the choppers.

So what is Scott Murray’s persona? Well, you’ll rather get the idea from The Title‘s opening two paragraphs:

T’se Chu was invented in ancient China, a pastime popular among the genteel elite of the Han dynasty. The game was played on the courts of the imperial palace, where nimble athletes of both sexes would attempt, with their elegant, privileged feet, to caress a ball of feathers through a hole in a silk sheet suspended between bamboo poles. The goal swayed softly in the breeze. Close your eyes and drift away: you can almost hear the wind flicking the branches of the cherry blossom, the deliberate oscillations of a wood flute, the ethereal glissando of the chimes.

Two millennia later, the British got involved and … what ho! There’s a voluminous, rumbling, cartoon cloud of dust with arms, legs, fists, stovepipe hats and big degenerate hobnail boots sticking out of it. Hey, we’re nothing if not passionate.

And that is Scott Murray: historically factual, vivid and just a bit tongue-in-cheek. All of that is needed for the task of covering 104 seasons of the Football League’s top division from 1888-89 (Preston North End, champions) to 1991-92 (Leeds United). It’s a quite monstrous amount of time to be condensed into an economical 300 or so pages. And yet The Title manages to manage it, with humour and engaging anecdotes on virtually every page.

One rather delightful aspect of the book is that as sixty-four different teams managed at least one season in the First Division, the odds are pretty good that a reader will find at least a small section referring to Glorious Days Past. No matter how dark the present for Leyton Orient, Carlisle United, or Notts County, by God if they could do it then they can rise again! (No they can’t, but why ruin a good story?)

Through all the pages of laughter mixed with my mutterings of ‘Huh, I didn’t know that’ I only found one quibble. Scott Murray tells the story of Bobby Charlton appearing on the old ITV quiz show Double Your Money. Charlton won the £1000 grand prize (no small change in 1959) after refusing to enter the show’s isolation booth as it was a humid sweat box. But I was left hanging as I’d have loved to have known what the final question was. And no, I can’t find it on Google.

In any event, I was completely informed and entertained by The Title. It is going to take a place of honour next to my absolute favourite sports books written over the years. I’m sure that George Plimpton, John Feinstein, Roger Kahn and Nick Hornby will appreciate Scott Murray’s company.