By EJ Stedman I’ve already run it up the flagpole that I don’t do any research before going to a show. In the illustrious world of writing theatre reviews, when a PR company asks me if I’d like to go to a show, all I do is check my diary. If I’m free, the answer […] 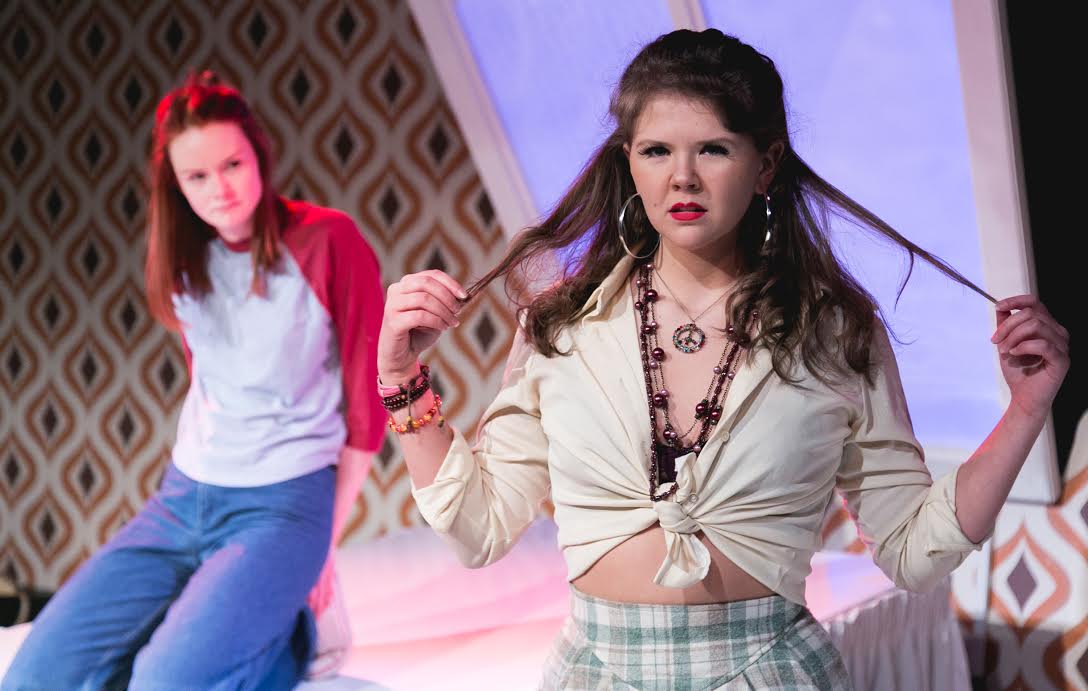 I’ve already run it up the flagpole that I don’t do any research before going to a show. In the illustrious world of writing theatre reviews, when a PR company asks me if I’d like to go to a show, all I do is check my diary. If I’m free, the answer is yes. Especially on Wednesdays because my partner is playing netball, and otherwise I have to go and watch and the weather isn’t that reliable at the moment. Basically I’ll take any excuse to get out of the rain. Hit me up, guys!

And thus I ended up at the press night for Diary of a Teenage Girl with my mother. As my mother is the former owner of a teenage girl (namely me), I thought it would be a fun mother-daughter evening activity. Maybe there’ll be a mother character! We can reminisce on our own relationship, “Hahaha! That’s just like when that thing happened to us! Remember when you used to..” etc. 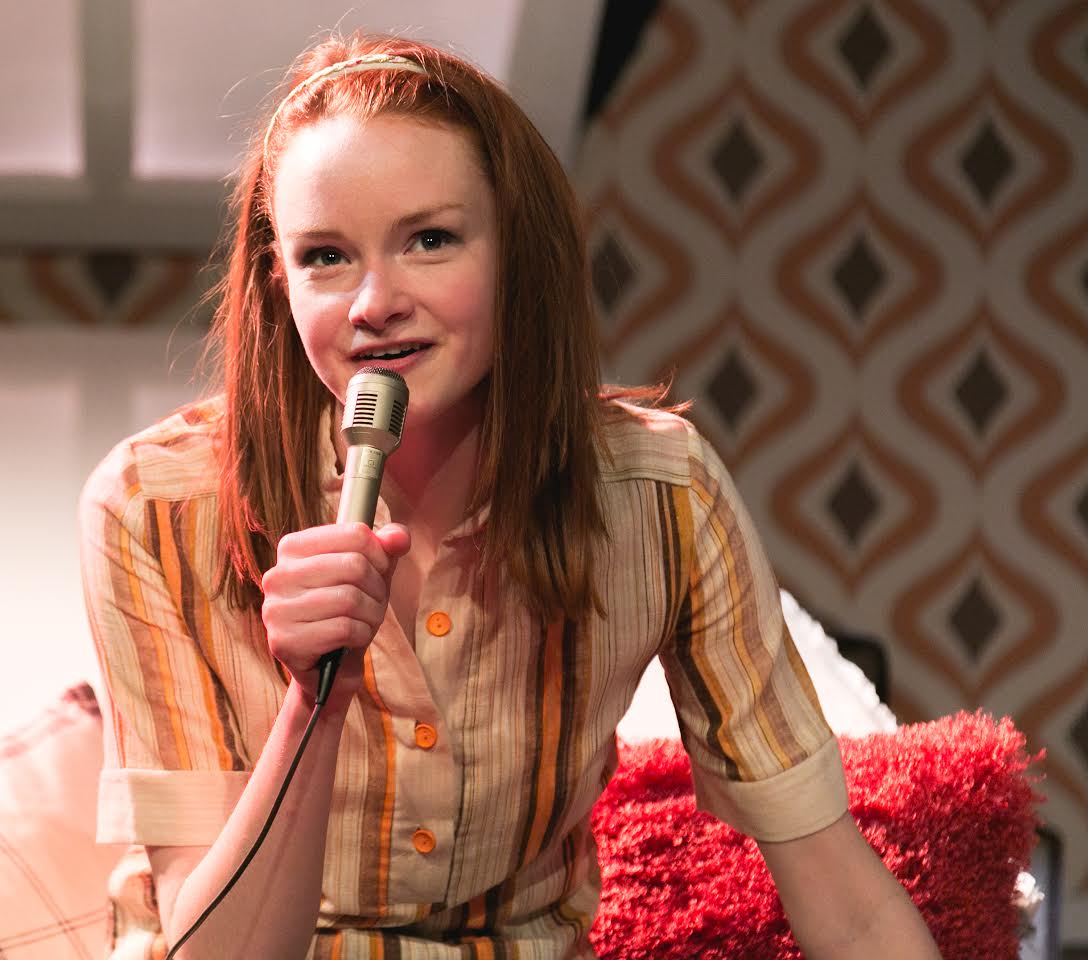 Uh yeah no. That didn’t happen. The closest we got to nostalgia was the wallpaper. Set in 1976 – when my mum was 18 – Diary of a Teenage Girl follows the various escapades of 15 year old Minnie Goetze, who opens the show by reading into her new diary, recorded on a cassette. And then she virtually immediately has sex with her mum’s boyfriend. COOL. SO GLAD I BROUGHT MY ALMOST 60 YEAR OLD MOTHER TO THIS PLAY. “Hey mum, remember that time I…” Let’s not go there. Especially as my parents are still married. *shudders to the very depths of my soul

We really should re-name the show “Everyone had sex with teens in the 70s – oops!”. I vividly remember being a mushy brained, sexually confused teenager, with no viable mating potentials on the horizon. If there had been an irresponsible grown up with crappy morals in the vicinity, who knows what may have happened. But thank god, I was surrounded by Actual Adults, and as my mother astutely pointed out at the end, “The adults weren’t behaving like adults – how did they expect her to be any better?”. 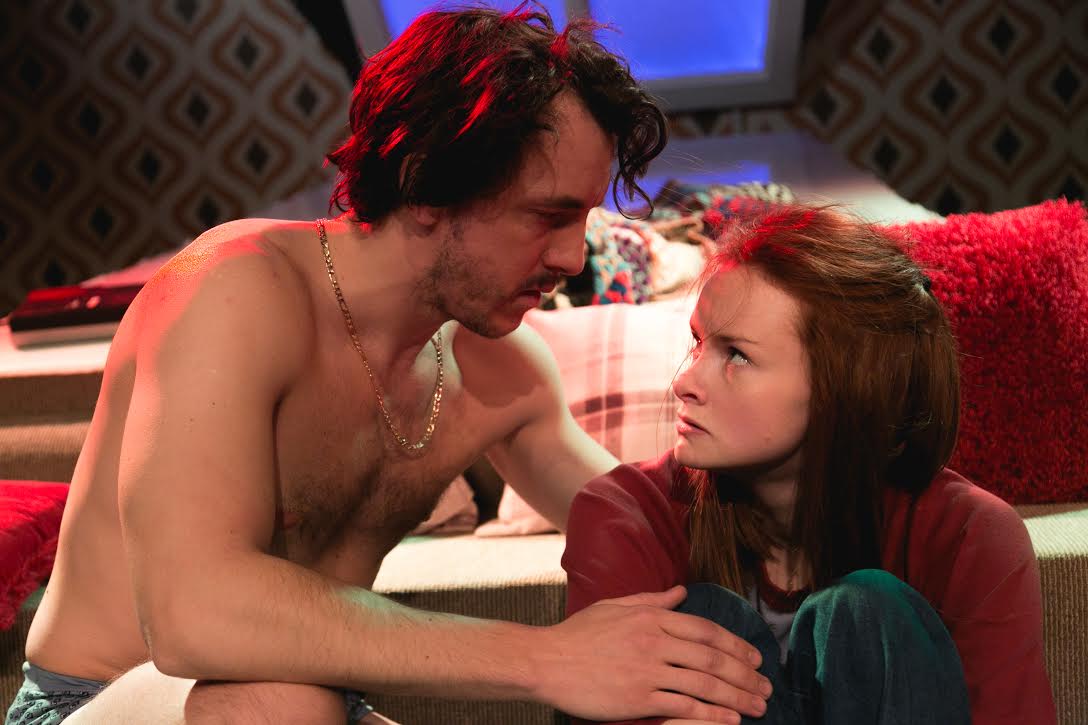 It’s equally fascinating and disturbing to watch this behaviour being swept under the rug with no consequences. Watching the show now, especially in the wake of Operation Yewtree, it’s hard not to be horrified. Surely the perpetrators should be brought to justice? But I’m viewing it through the glasses of 2017 – in 1976, as has recently been proven time after time, perpetrators were just not brought to justice. It would be wrong to change history here, to clean up a story for our own sense of moral victory. We know that seducing teenagers is wrong, the play doesn’t need to spell it out for us. It is brave and ingenious storytelling from playwright Marielle Heller.

Why am I engaging so emotionally with the content? Because it’s a smouldering, pulsating, wonder of a show. There’s virtually no need to say any more than that – it’s perfect as it is. And that is the point of really, really good theatre – it is as worthy and brave as it is entertaining. It makes you ask questions, and you may not even agree with everything said or done, but it was done well.

When you’re talking about the wider political context of a play, rather than who did this or who said that, it’s because the writing was on point, the performers were completely convincing, and you lost yourself in the play so totally, you’ll probably need reminding that it was just a play. Even my mum thought it was brilliant.