I love surprises. The anticipation of a million possibilities is often just as exhilarating as the performance itself. It is with a head-in-a-bucket methodology that I choose the shows I’m going to see at the London International Mime Festival each year – basing my selection not on titles or posters or research, but only on […] 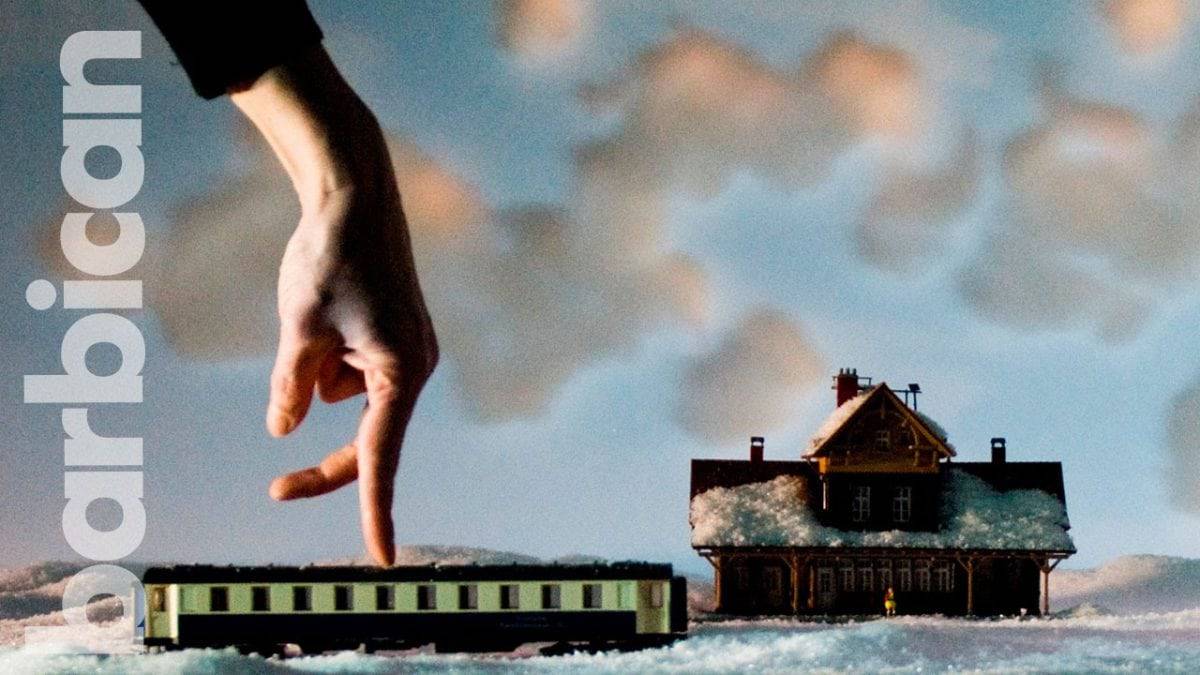 I love surprises. The anticipation of a million possibilities is often just as exhilarating as the performance itself. It is with a head-in-a-bucket methodology that I choose the shows I’m going to see at the London International Mime Festival each year – basing my selection not on titles or posters or research, but only on which evenings I have free. I leave the rest to chance.

This year the two completely random tickets I ended up with were firstly to THROWBACK by Silver Linings at Jackson Lane, and secondly to Kiss & Cry by Charleroi Danses at the Barbican.

I must admit; it’s not a methodology without fault. Having not thought about either show in the least before the end of January ticked around, it was about ten minutes into my arrival at Jacksons Lane for THROWBACK when it dawned on me I’d actually seen it before. Oops. The realisation arrived slowly, in a “That poster looks familiar”, “Actually the name rings a bell”, “Oh hang on a minute…” kind of way, by which time I was in my seat and the show was about to begin.

Silver Lining are the resident circus company at Jacksons Lane in Highgate, and I’d previously seen THROWBACK at the Edinburgh Fringe Festival last year, in the middle of a field and three pints down on a Wednesday afternoon. I remembered enjoying it. With the benefit of sobriety on my side, I still enjoyed it. It still wasn’t amazing, but it was still charming, still spirited, and still endearing. Still pretty good. THROWBACK is circus on a small scale. There are only six performers, each of whom share a personal memory or story with the audience, followed by a solo performance. There’s a trapeze artist who loved Pony in my Pocket. A heartbroken pole performer. An acrobat with a piano his mum worked her socks off for. It’s a very sweet idea, and the deeply personal nature goes well with the intimate space – you can see them as real people, not distant, faceless super-humans – and it’s easier to appreciate just how phenomenally hard their performances are. The performers seem to know how difficult it is, too. And although they’re all phenomenally talented, they seem held back somewhat by their own hesitancy and self-consciousness. I spent most of my first and subsequent viewing wondering if it was a directorial choice, or if they really were genuinely nervous. I still can’t tell you whether their skittish excitement put me on edge, or if I found it endearing. It was probably both.

There is a method to the madness, though. Walking in to the Barbican the following night, I had no idea what to expect. And ten minutes after arriving, I still had no idea.

Kiss & Cry is a hand puppet show, filmed throughout a series of elaborate miniature set pieces and screened live on stage in a film worthy of any celebrated screen director. The feat in itself is remarkable – the planning and practice alone to simply Make it Happen is a work of art on its own. They’ll have a meticulous, labyrinthine spreadsheet somewhere – and that will be a work of art, too. I could rant and rave about the technical brilliance of Kiss & Cry forever. I’ve already bored my friends, family, colleagues, flatmates and anyone who stands still long enough half to death with how well Charleroi Danses has accomplished such a monolithic and complicated task. But is it entertaining? Yes – but only if you like that sort of thing.

The story follows an older woman traipsing back through her memories, and reliving her five major love affairs. She sits – as a model railway figurine – on a model bench, at a model railway station. And this is how we find her throughout the show, sitting and reminiscing on the platform. In her memories and flashbacks, she is a hand – a real-life, hand. A naked puppet, arguably.

Sometimes it’s hard to know whether to watch the performers live on stage – contorted in bizarre positions as their hands dance across a table, or through a pile of sand – or the close up of their hands on the screen – two characters interacting in their own world, far away from actors, cameras and stages.

I loved every second of the show; enraptured by the performers, dazzled by the screen, my great loves of puppetry and film and theatre so perfectly combined. Can I imagine my parents sitting through almost one and a half hours of dancing hands and wistful narrative? No. They’d probably enjoy it for about twenty minutes, and then slowly lose interest as the feeling drained out of their derrières. Even the voiceover is arguably a little too far on the I’m-wearing-a-turtleneck side for mass consumption.

As far as the London International Mime Festival goes, I doubt I’ll change my methodology for next year’s line up. The quality of the work goes up exponentially every year, and to date my favourite show of all time – Lebensraum by Jakop Ahlbom – was another LIMF clerical error that I’d otherwise never have seen.

If you want an hour of fun and playful circus, that is easily accessible if a little wobbly, head to Jacksons Lane for THROWBACK. If you want an exquisite hour and twenty of remarkable puppetry and dance, and have a commendable attention span, head to the Barbican for Kiss & Cry.