An acclaimed playwright has hit out at “dangerous” attempts to ban performances of one of her most celebrated works featuring a transgender Jesus. A Brazilian judge has shut down a performance of Jo Clifford’s The Gospel According To Jesus, Queen Of Heaven. And a prominent Catholic bishop has been calling for the play, which depicts […] 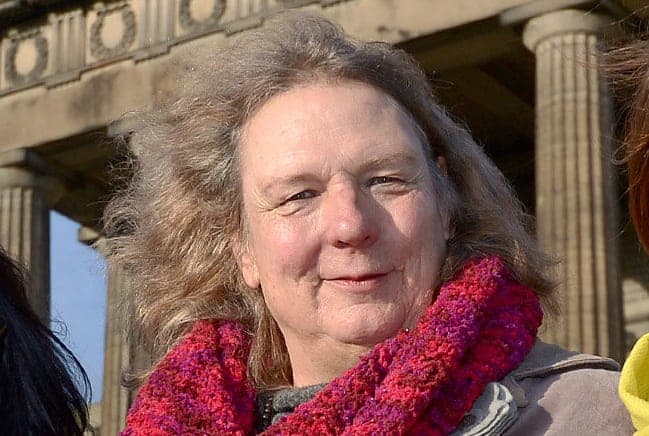 An acclaimed playwright has hit out at “dangerous” attempts to ban performances of one of her most celebrated works featuring a transgender Jesus.

A Brazilian judge has shut down a performance of Jo Clifford’s The Gospel According To Jesus, Queen Of Heaven.

And a prominent Catholic bishop has been calling for the play, which depicts Jesus as a transgender woman, to be banned altogether.

They argue the groundbreaking work is offensive to Christians with cast and crew of the Brazilian production being targeted by protests and death threats.

But Jo Clifford says that the hostility has buoyed interest, with subsequent performances selling out and receiving standing ovations.

The award-winning trans playwright, from Edinburgh, said the play was a reflection on how Jesus embraced the marginalised and the persecuted.

It has sparked numerous protests by Christian groups since receiving its premiere in Scotland in 2009 but this is the first time that it has been banned outright.

The order by judge Luiz Antonio de Campos Júnior, which has been appealed, said the play was in “extreme bad taste” and of a “very low intellectual level.”

It was served just before the curtain was due to go up at the Sesc Jundiai venue, near São Paulo.

Jo Clifford, who is a Christian, said: “The judge had no knowledge or understanding of the play’s content, which promotes Christian values, love, and forgiveness.

“I have experienced protests before, but what’s sinister about Brazil is that the production has received some very nasty death threats and Natalia [Mallo, the director] has had the tyres on her car slashed. It sets a dangerous precedent.”

The director said the legal basis for the order was “very fragile” and based on “personal opinion, prejudice and transphobia”.

Tomé Ferreira da Silva, the Bishop of São José do Rio Preto, described the play as “insulting” to Christianity, and called for a total ban.

But Clifford has written to the Catholic leader, explaining the play explored how Jesus comforted “the rejected and despised”.

The British Council in Brazil has also condemned attempts to prevent the play being performed.

It said the work was a study of “the oppression and intolerance” suffered by transgender people, which has opened up a dialogue around gender issues.