Fans at London’s Wireless Festival have raised concerns about overcrowding after reports of trampling and injuries at one of the stages. Thousands of people flocked to see rap duo D-Block Europe on the smaller of two stages at the Finsbury Park music festival, with several taking to social media to claim that people were being […] 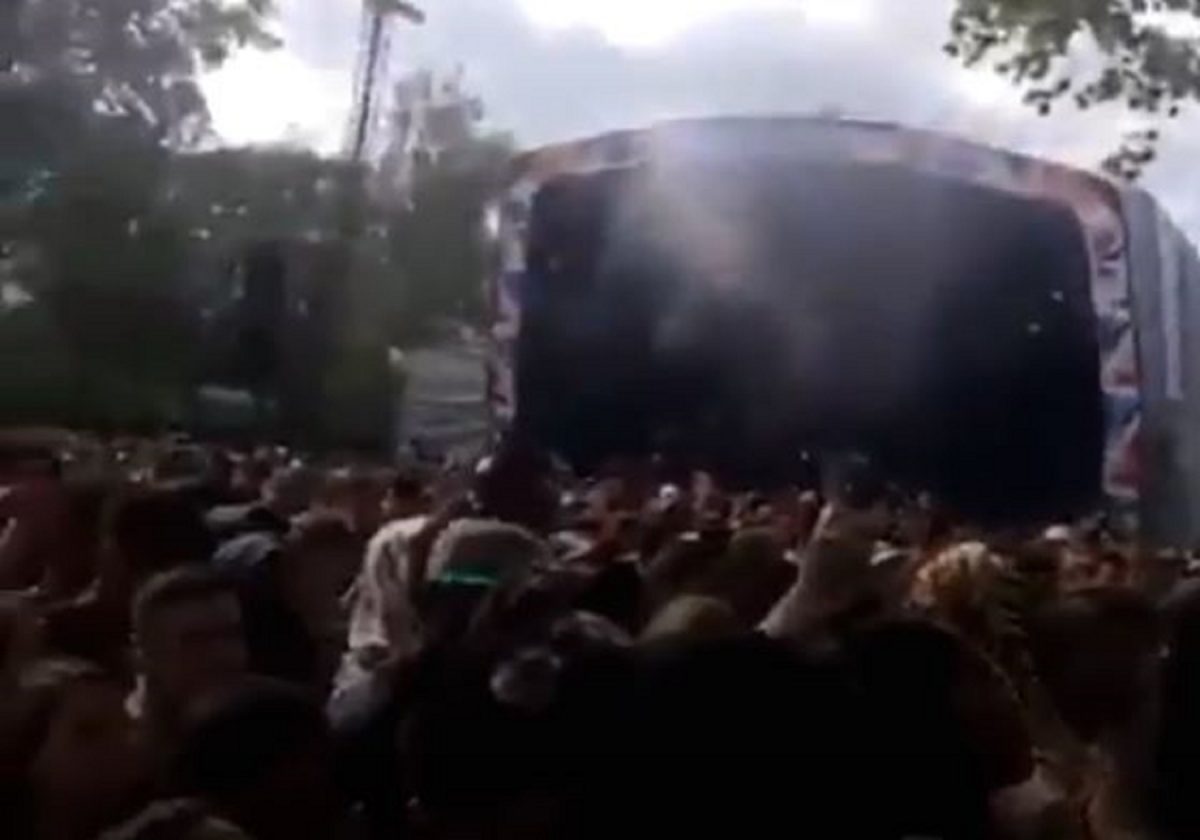 Fans at London’s Wireless Festival have raised concerns about overcrowding after reports of trampling and injuries at one of the stages.

Thousands of people flocked to see rap duo D-Block Europe on the smaller of two stages at the Finsbury Park music festival, with several taking to social media to claim that people were being knocked over and that some were even “passing out”.

Fadumo Mohamed, a 19-year-old student from north London, told PA that the crowding got so bad that she lost the party she was with and, after being pushed down, was eventually carried out of the arena by a friend.

Two young men were also filmed climbing a tree to escape the crowds before the music began, delaying the set due to health and safety concerns.

DJ Tim Westwood, a presenter at the festival, came to the stage and threatened that if the men did not get down and the crowd did not settle down the set would be cancelled.

Having started late, the band then finished their set two songs early before walking off the stage.

Band member Young Adz later tweeted: “We came on 10 minutes late because 2 ppl climbed into a tree and they wouldn’t let us perform for health and safety reasons.

“We finished our set 2 songs early because we shut it down so much that people was fainting and breaking their legs and spraining their ankles. Blame them.”

According to London Ambulance Service, Wireless hired a private health servicse to care for festival goers.

The health company did not respond when asked if there had been any injuries during the show.

Some fans claimed the source of the problem was that the festival organisers had underestimated D-Block Europe’s popularity, allocating them too small an area.

Abdul Ibrahim, a 19-year-old entrepreneur from Wembley, said: “There should have been designated entry and exit systems and barriers to create groups and to prevent overcrowding.”

Representatives for Wireless and its promoter, Festival Republic, did not respond immediately to requests for comment on the crowding.

Later in the evening, D-Block Empire joined rapper Lil Baby for two songs during his set on the main stage, giving fans another chance to see them in a less crowded environment.

D-Block Europe is a fairly new collective of artists headed by Young Adz and Dirtbike LB, all from south London.

They were signed by the American label D-Block in 2014 and have released one full album and a series of collaborations over the past two years.